New Windows and a Slight Change In Plans

My studio windows were installed yesterday! And what a difference they make!

As of yesterday afternoon, here’s how the front and side of the studio are shaping up. The side with the two windows is the front of the house where the two garage doors used to be…

I’m hoping to have siding up this week, but so far I’ve had a bit of a problem nailing down an exact day that they can start. And I still have to build the portico before they can install siding on the side of the studio anyway, so that will be my goal today (officially my first project since taking time off for my pinched nerve issue in my neck, back, shoulder and arm…I think I’m finally up to it).

I dug through my old pictures to see if I could find a “before” picture of the garage from this angle, and unfortunately, I failed to take one. That’s disappointing, but I did manage to find two pictures from different angles that still give a very good idea of where this started.

Obviously this is the front of the garage taken from the other side, and this was taken during the early stages of the breakfast room remodel, so I have a pile of contractor bags full of debris stacked up on the left, and a pile of the old shiplap from the breakfast room walls stacked up on the right. But sadly, it’s the best “before” picture I have of the garage/studio. 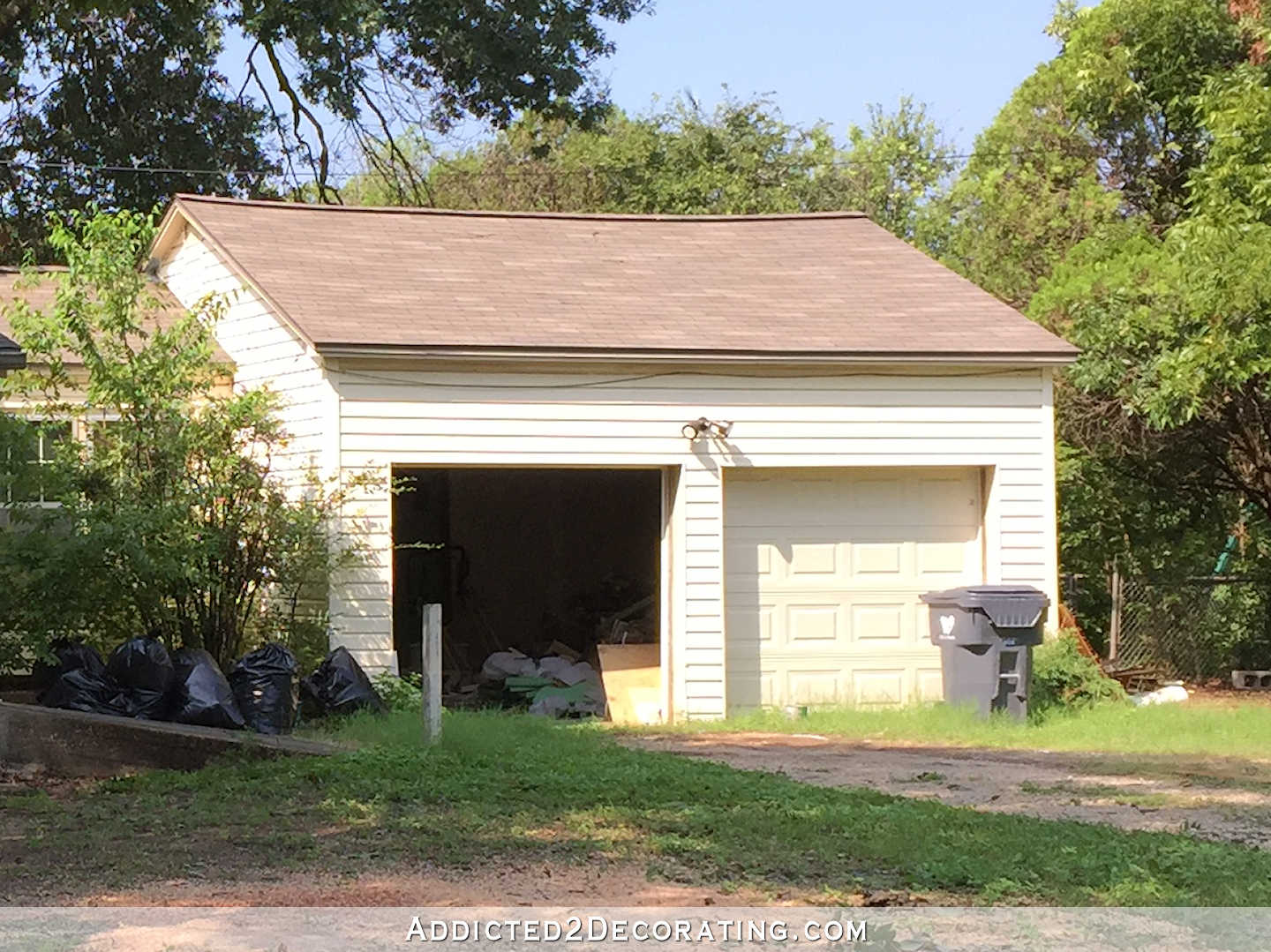 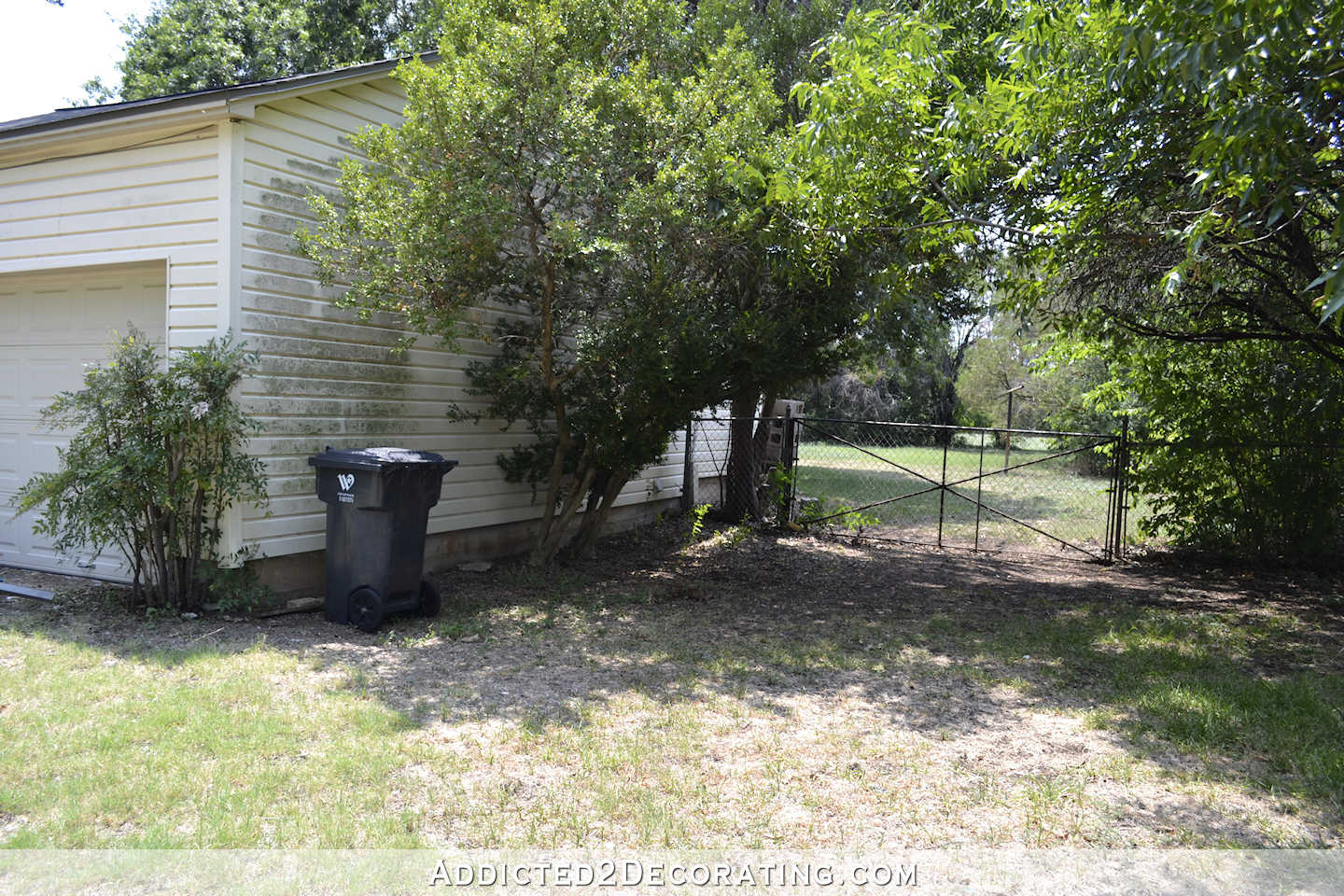 So if you put those two pictures together in your mind, you can see how far we’ve come to get to this…

And then on the back side, this is the picture I took on the day we closed on the house… 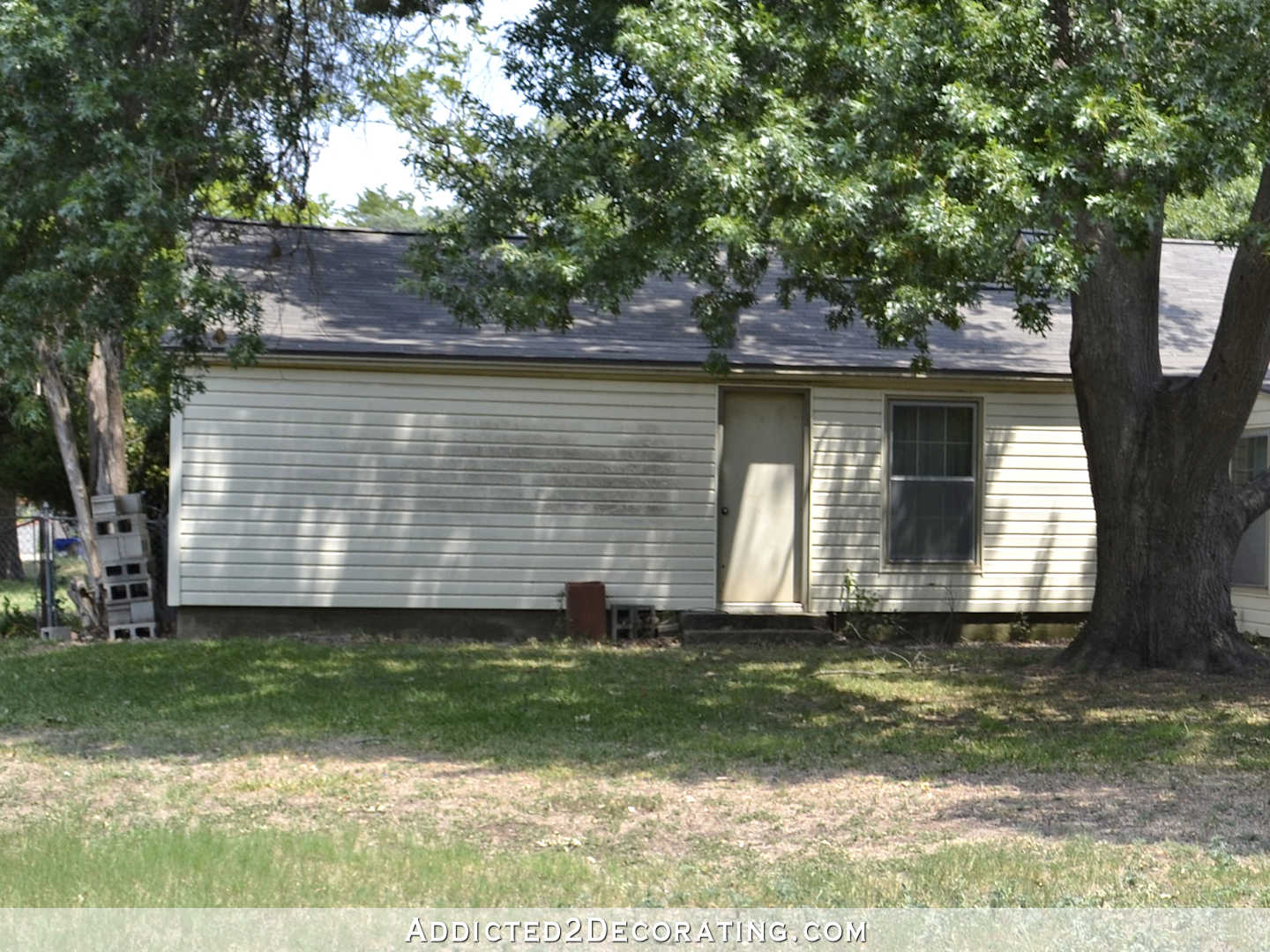 That door went into the storage room at the back of the garage, and directly straight ahead was the huge furnace. The window to the right of the door, and the other window hidden behind the big oak tree, were the windows at the back of what is now the pantry.

Here’s another view. This is the picture I took right before my brother and I tore down the siding on the back in order to remove those windows and rebuild the back pantry wall. 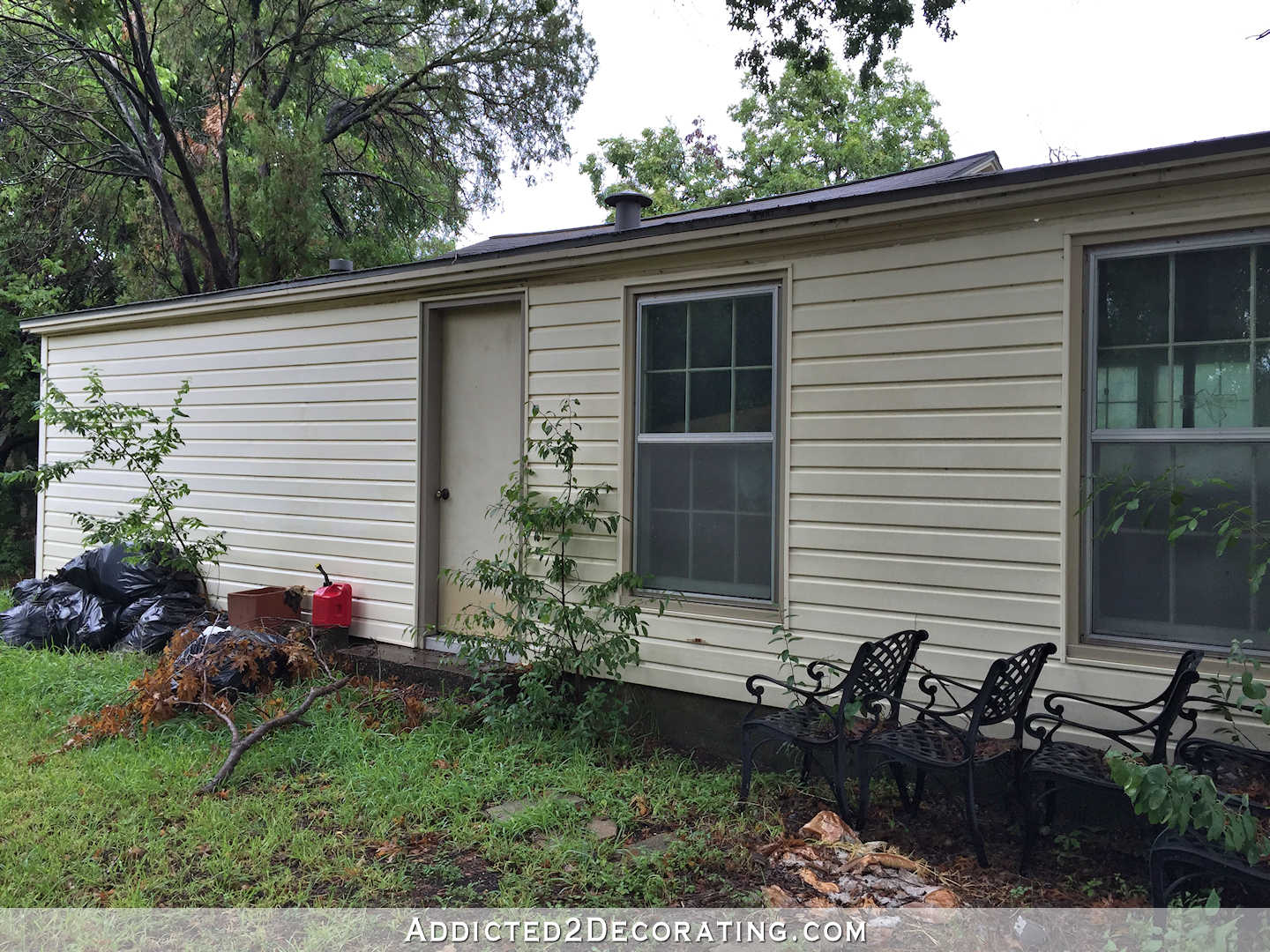 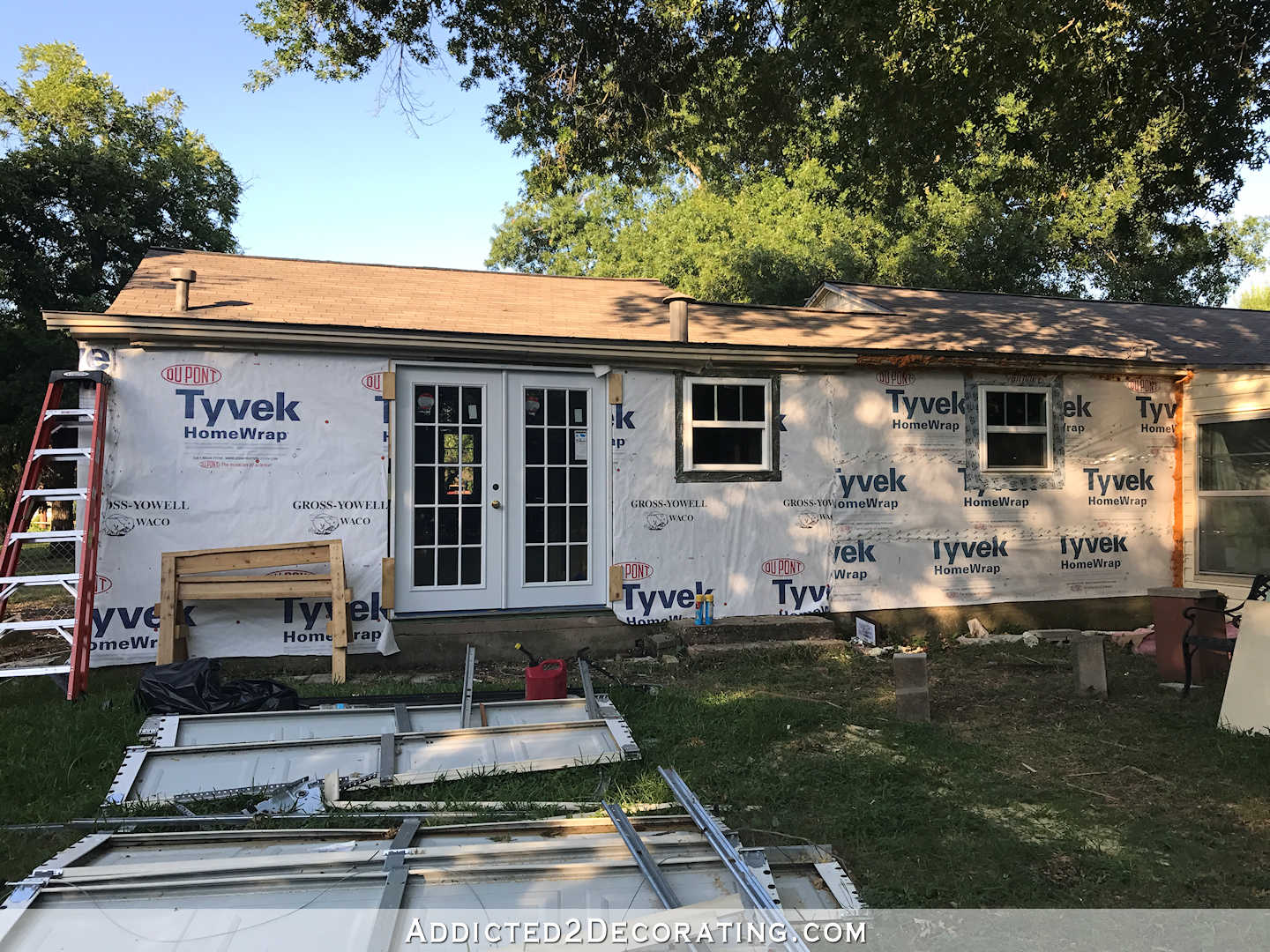 I eventually want to change up the roof line above the French doors. I envision a gable roof that extends out to cover a patio and walkway to the carport.

And that’s where I’m rethinking my plans. I had originally planned for the carport to be directly behind the studio/mudroom like I showed in this “long term plan” floor plan a while back. (Obviously I flipped the mudroom and half bath locations in my final decision).

But now that the French doors are installed, I think the view out of the doors is too pretty to cover up with a carport. 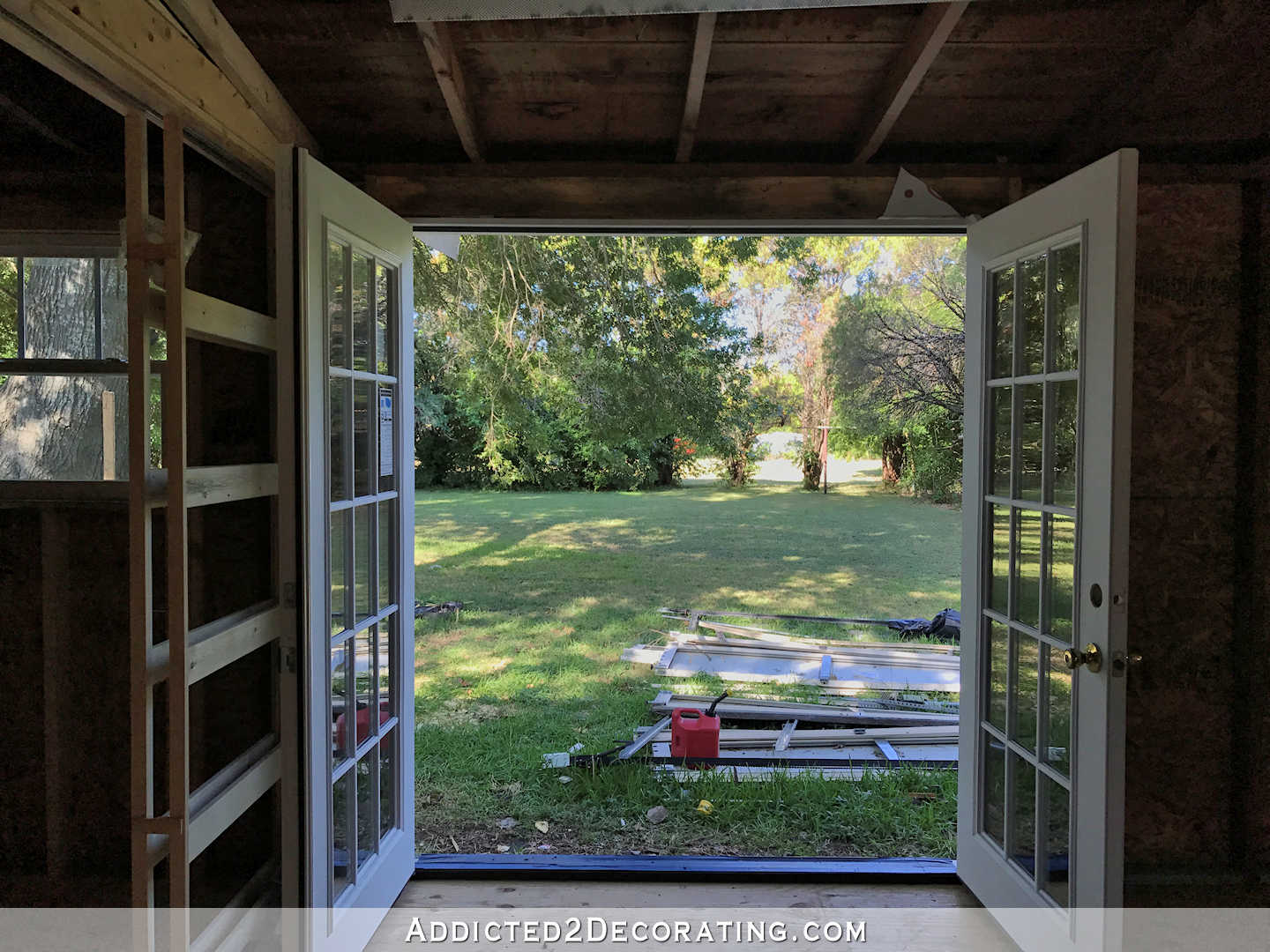 Okay, granted, it’s not much to look at right now. But once I find a place to store the garage doors (that I’ll reuse on my workshop in the future), and we actually do some landscaping in the back, I think it’ll be too pretty to hide. That way overgrown hedgerow that you see cuts our back yard about in half, so I’d like to get rid of it completely so that the view goes all the way to the back of our property (it’s a 1-acre lot, so it’s pretty big for being in the city). And overall, I have really big plans for the back yard that I think will be beautiful and interesting to look at when it’s finished. It would be nice to be able to see it out the back doors of the studio.

So that means that I’ll have to rethink this idea that I had for the configuration of the driveway, carport, and my workshop. 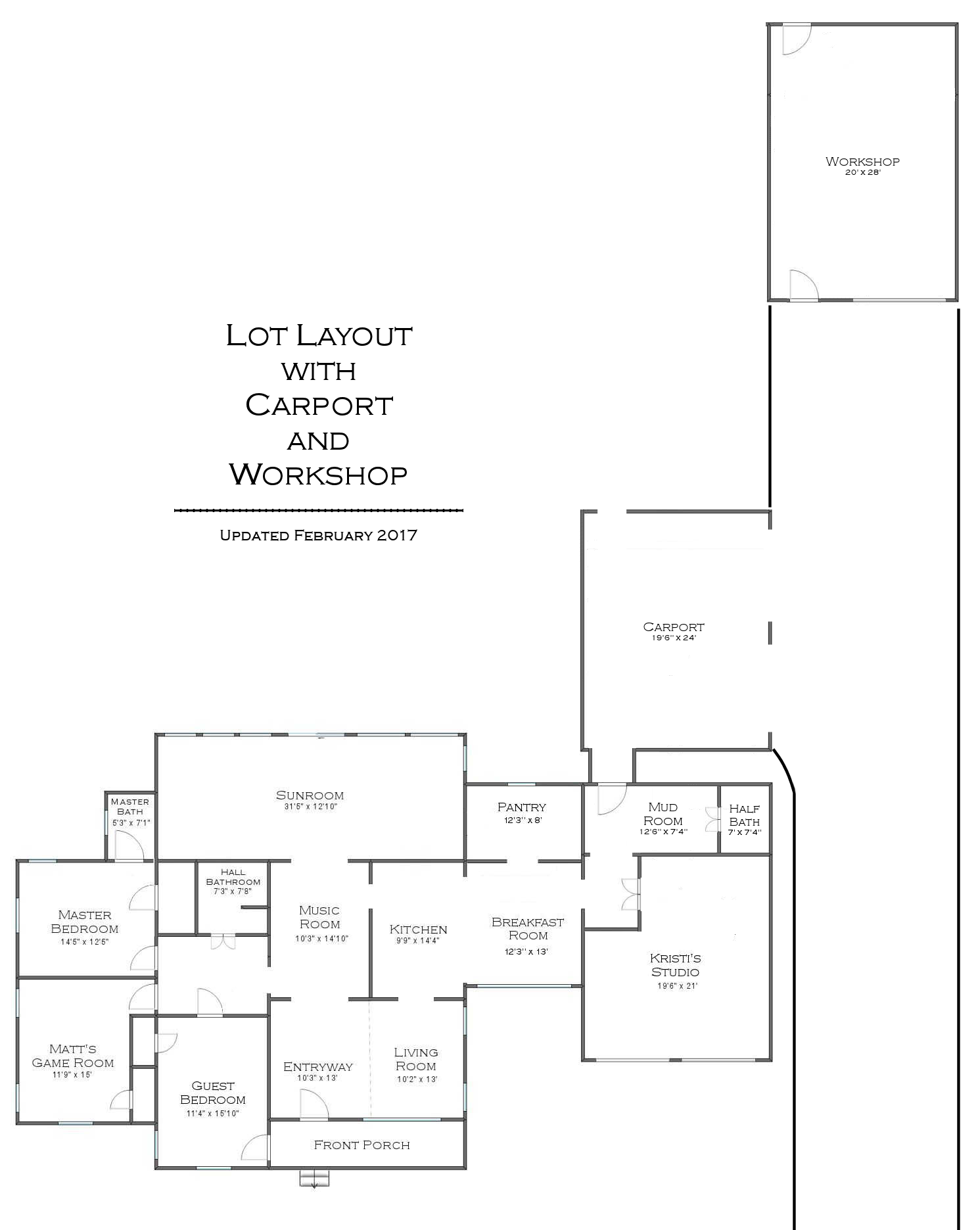 I’m really not quite sure how else to configure it since the carport should be wide enough for two cars, and there are only so many feet between the side of the studio and the property line. And the workshop needs to be close by and also close to the paved driveway for easy drop off of MDF, plywood, and other large supplies.

I’m sure there’s an answer. It’ll just take some thought. 🙂

But interestingly, the very first time I saw this house, I remember being so disappointed at the lack of a paved driveway. In fact, that was almost a deal breaker for me.

In hindsight, that was one of the best things about this house. If the house had a paved driveway going to the front of the garage, this whole garage conversion would look just like a garage conversion when it’s all said and done since driveways are the single biggest giveaway that a garage has been converted into living space.

But since my house has no paved driveway, I can have it poured exactly where I want it and then landscape in front of the studio any way I want.

So if you’re looking for a fixer upper, just keep that in mind. Those things that may seem like deal breakers on your initial viewing of the house may very well end up being bonuses as you plan and figure out exactly what changes you want to make to the house. 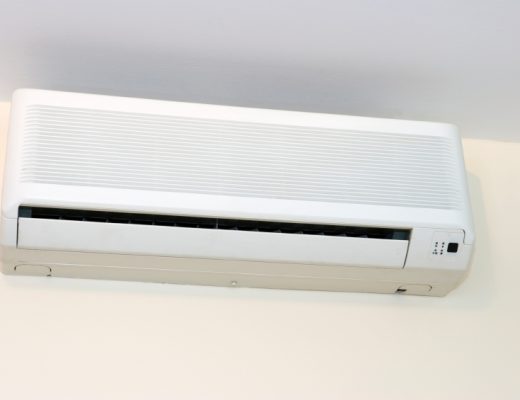 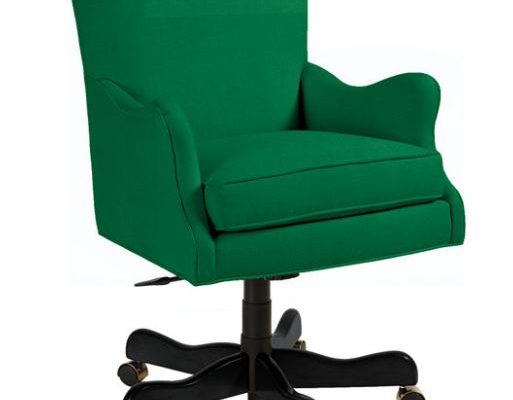 You Can Buy My Wallpaper! (Plus, A Few Studio Details)

June 4, 2019
Previous Post The Framing Is Finished! (Studio "Before" and "Now" Comparison Pictures)
Next Post How To Build A Small Portico Above A Door - Part 1 - The Basic Frame