The Sunroom and Carport Cleanup Progress

Well, hey there! I’m back after a week of attempting a major cleanup around here. If you read last Monday’s post, you know that our sunroom and carport had gotten completely out of control. You can click here to go back and read more about those areas, but in a nutshell, the sunroom had been neglected for so long, and had been filled up using my open and shove method of storage, that it ended up looking like this…

The amount of time that I had to work on it wasn’t as much as you might imagine. The dumpster wasn’t delivered until Tuesday night, and then I don’t ever work on Wednesdays. So I worked really hard on it Thursday, Friday, and Saturday. Then on Sunday, I was so exhausted that I had to take a break.

So if you showed up here hoping to see a completely cleared out and organized sunroom, I’m afraid that you’ll be disappointed. This is going to be an ongoing project for a while, and I’m hoping that I can dedicate at least two or three hours to it every week until it’s all finished.

But I think I made a huge amount of progress, and I didn’t do it myself. On Friday, my mom and my friend Angie came over and helped.

My mom helped by getting rid of all of my paint cans that had been accumulating. I won’t even embarrass myself by admitting how many paint cans there were, but I’ll just tell you that in order to throw away half-filled paint cans here in McLennan County, the paint has to be hardened with either paint hardener or cat litter, the lid has to be put back on tightly, and then it has to be put into a garbage bag. And with the amount of cans I had accumulated over the last few years, that was an all-day job for my mom.

And then Angie worked like an absolute machine. She got my mountain of cardboard boxes cut up, and then got the huge pile of scrap wood in the carport put into the dumpster. Then on Saturday, Angie came back over with her husband and three teenage boys, and they loaded up almost all of the cardboard to take with them for use as weed block in their garden. And then while Angie and I supervised, the four guys got the huge yellow piano and the treadmill moved out of the sunroom and onto the back patio. Just getting those two items out of the sunroom felt like a HUGE victory!

So while it’s not yet finished, the sunroom went from looking like this…

You can see that there’s still quite a few items on the back patio, but I don’t think that any of it needs to come back into the sunroom. And there’s still quite a bit in the sunroom that needs to go into the dumpster, but I just ran out of time. I’ll have the dumpster until Wednesday, so I have a couple more days to get it filled up the rest of the way.

I still have a pretty big pile of things that needs to be washed, dried, and put away, but that pile is now mostly sheets, towels, jeans, and my two huge canvas dropcloths. And then I have a bunch of random stuff that I need to go through and either get rid of or find a place for it.

I regularly have people ask me where our washer and dryer are. Well, they’re right here, and just on the other side of that wall is the hallway bathroom. When we moved into this house nine years ago, I decided to go to a secondhand appliance store and purchase a refurbished washer and dryer until we could decide what to do about a laundry room. Well, here we are nine years later, and I still don’t have a laundry room, but I do still have these…

See that big cutout in the wall? That’s where the original window in the hallway bathroom used to be.

And that’s why I closed up the window when I did the bathroom remodel.

Obviously, that used to be the exterior wall of the house, but at some point long before we bought the house, the sunroom as added on. And while we won’t be keeping this sunroom, we will be tearing it down and building a family/media room, along with a new laundry room and master bedroom.

Anyway, on the other side of the sunroom, you can see that the piano is gone (sitting outside on the patio and wrapped in a huge tarp to keep it safe from the weather until I can get pictures taken and put the piano on Facebook Marketplace). But that sure did free up a whole lot of space!

After the piano was moved out, I did something that I probably shouldn’t have done. But for nine years now, I’ve been so curious about what’s under this nasty green carpet. So I got my utility knife and cut away some of it, and oh my gosh…

It’s just so gross. When they enclosed this room, they just put down a layer of thick plastic, then a layer of particle board (not plywood or OSB, but particle board), and then two layers of carpet over the top. Every time it rains, water comes in under the door, and probably under the walls as well, so the particle board has completely disintegrated, and there’s just no telling what kinds of mold and mildew this stuff is harboring.

But what’s underneath all of that nastiness is concrete. IT’S CONCRETE!! I would so much rather have a concrete floor in here than layers of disintegrating particle board and moldy carpet!

So now I just need to find time to get all of this carpet, particle board, and plastic out of here. I can’t even imagine what we’re breathing every time we go into that room, but I want it out ASAP. And honestly, I don’t even care if the concrete doesn’t extend the full width of the room. I’d rather have a dirt floor than what’s there.

As I was working in that room, I kept having thoughts like, “Maybe I should just paint the walls. A coat of clean, white paint would do wonders for this room!” But I have to stop myself. I refuse to spend any money on stuff like that in that room. The only thing I’ll spend money on is shelves and other storage/organization items that can eventually be used elsewhere. But I won’t be putting any lipstick on this pig.

Anyway, let’s move on to the carport where Angie worked her magic. If you’ll remember, it started off like this…

As is the huge mountain of cardboard boxes…

So now I’m just left with a center pile of things that I’ll need to go through to determine if I want to keep them or get rid of them. And if I keep them, I need to find a place to store them other than the carport.

And Matt had plenty of room to get out of the studio doors, down his ramp, through the carport, into the van, and off to church yesterday morning. He was quite pleased with the progress, and that’s what really counts.

So these two areas are far from done, but we made huge progress, and filled up a 14-yard dumpster in the process.

I didn’t even get to the pile in Cooper’s yard or the scrap wood in the home gym. I may have to have the dumpster man empty this one and bring it back for another week. But it feels so good to get these areas cleared out! It really is amazing how freeing it feels to get rid of junk and clutter. It motivates me to continue on so that I can get these areas completely organized and useful. 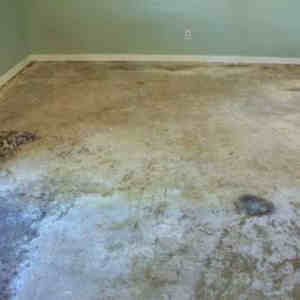 The Concrete Floor Diaries, Day 1 (and how DIY is like childbirth)

My Moment(s) Of Insanity 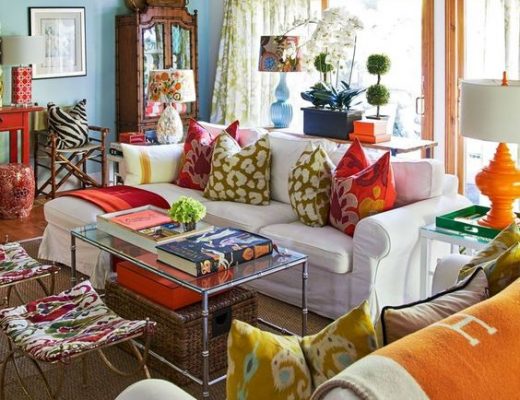 Please Get Your “Should” Out Of My Decorating

April 26, 2017
Previous Post The One With The Secret Sunroom
Next Post Our New Interior Define Sofa VS. The Cat (A Four Month Review)