A New Year, A Fresh Start

Speaking of goal-making, are you a “New Year’s Resolution” kind of person?  I am.  I think no matter what a person does in life, whether they’re a high-paid executive or a housewife, setting goals is crucial.  Of course, goals can be established at any time of the year, but there’s just something about the date January 1st that gets me motivated.

Here are my main goals for this year:

Finish the main rooms of my condo

I have a thousand projects started, so this is the year to finish them.  My kitchen and breakfast area are soooo close to being finished!!  I just have a few small projects to go.

Then I need to finish up my hallway utility closet.  No, you didn’t miss the big reveal.  I just never finished it!  It still looks exactly like it did when I showed you on November 1st… 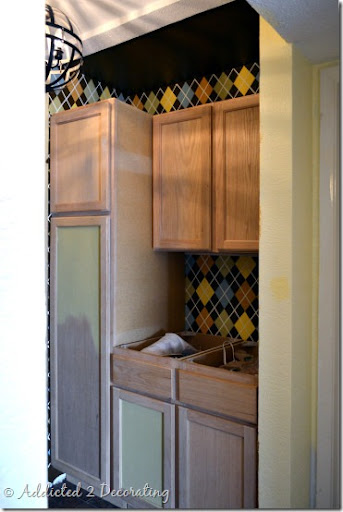 After that’s finished, it’ll be on to my office.  Oh boy, did I ever drop the ball on my office!!!  After my awful fabric “wallpaper” fail that left my cloffice walls looking dimpled and puckered… 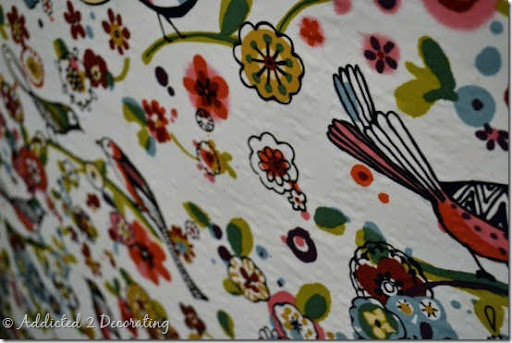 …I finally took the fabric off and skim coated the walls.  And…you guessed it…I haven’t done a single thing in there since.

After that’s finished, I’ll finally get my bedroom done, and the last room is my living room.

Those are some pretty lofty goals, but I’ve been living in a construction zone for far too long.  I’m ready to have a comfortable and pretty home. I’m ready to be able to open then front door when someone knocks, and not feel compelled to say, “Excuse the mess.  We’re remodeling.”  I’ve been saying that for five years now.  It’s enough.

And of course, you’ll come along on every step of that journey with me, and I’ll share lots of projects along the way.  I think it’ll be fun!

Now, as if that goal isn’t challenging enough, here’s the second goal of the year…

Lose weight, get healthy, and see my husband walk again.

Wow, so how’s that for a doozy of a goal?!  Oh, I know, I know…the losing weight and getting healthy part is so cliche.  Matt and I are two of millions of Americans who have made that New Year’s Resolution, and most of those millions will last a month or two, and then give up.  I know, because I’ve been in that group for the last several years.

But we’re both determined to make this year different.  You see, Matt has M.S., and his health has steadily declined over the last few years to the point that he’s been confined to a wheelchair for a little over two years.

The unexpected death of his brother sent Matt into a tailspin toward a deep, dark emotional abyss that had an unimaginably devastating effects on his physical health, which in turn was incredibly emotionally and physically draining on me, so I basically joined him on his journey to the deep emotional abyss.

Those situations would be difficult for anyone, but for two emotional eaters who live within blocks of every fast food restaurant imaginable (with Domino’s Pizza and Shipley’s Donuts just one block away) well, you can only imagine how we compounded our problems by stuffing our faces with “comfort food”.  Because of that “comfort food”, I now look in the mirror and barely recognize the person staring back at me.

So now, here we are…emotionally drained, out of shape, and desperate for a change. But most of all, we’re hopeful, excited, and determined.

So to kick start our journey out of the abyss, I spent about two hours cleaning out our fridge yesterday.  Yep, two hours.  There were things shoved to the back that had expired in 2010.  The bottom of the fridge was coated in all kinds of stuff that had spilled and dripped.  The veggie drawers had things in them that were completely unrecognizable.  But now it looks like this… 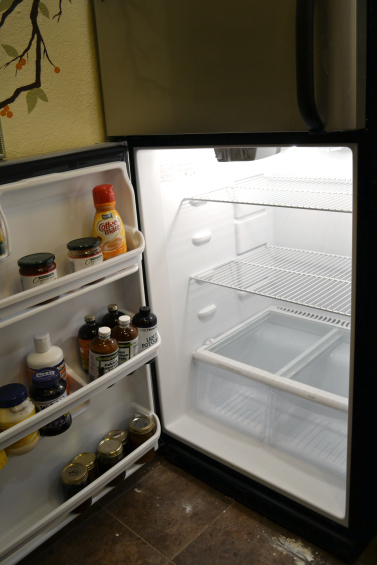 It’s ready to be filled with good, nutritious, life-giving food–fresh organic fruits and veggies, grass-fed meats, and healthy snacks, and I’m headed to the store as soon as I post this and then finalize my shopping list.  Despite what doctors tell us, there have been far too many people who have cured themselves of M.S. and other dreadful diseases by drastically altering their diets and lifestyle.  We’re going to do everything in our power to make Matt part of that small minority.

So here’s to a fresh start, renewed hope, healthy eating…and a husband who can walk again. *clink*

I’ll keep you posted on the progress.

It’s Time To Upgrade To A Big Girl Camera (Any Suggestions?) 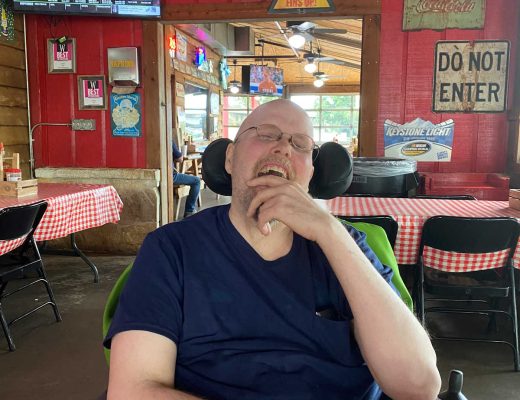 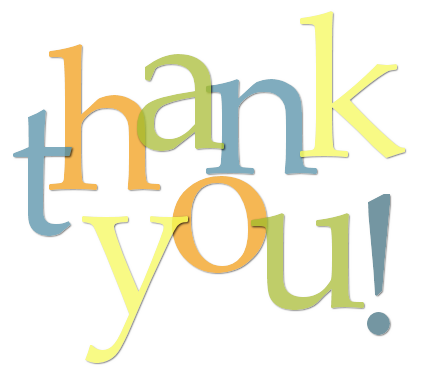 Signing Off (With A Sneak Peek)

December 22, 2012
Previous Post Watch Out! It's Getting Personal In Here!
Next Post Serving Tray "Tiled" With Bottle Caps