Good morning, and happy Monday to you! I hope you had a fantastic weekend. Raise your hand if you were one of the ten people in the nation who didn’t watch the Superbowl! *hand raised*

For some reason that I can’t remember now, Matt decided about four years ago that he had enough of football, and he hasn’t watched a single game since. Not even a Superbowl. So things were pretty quiet around here yesterday…just like I prefer. (To say I’m not a fan of football would be a huge understatement.) So I worked on some things around the condo. I watched the first two episodes of Downton Abbey to see what all the fuss was about. (Seriously, I see everyone raving about this show, but after two episodes, it’s just okay for me. Are you watching? What do you think?)

But enough about me. Let’s take a peek at some of the projects you’ve been working on lately! I sifted through the projects linked up to last Friday’s party, and here are a few that caught my attention…

This amazing peacock mural is from The Rooster and The Hen.  What amazing color, texture, and pattern it adds to this bathroom! 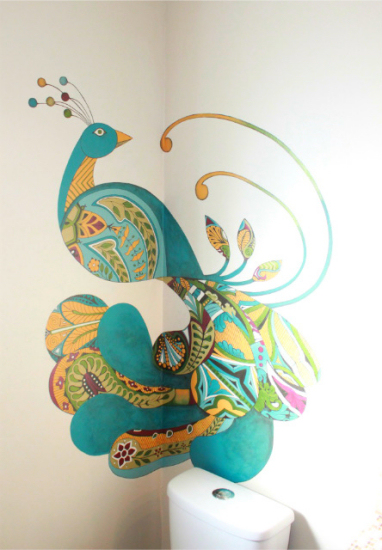 Laundry room makeovers always catch my attention because I long for a laundry room of my own!  This fantastic makeover is from Pondered Primed Perfected.  All of the details are just wonderful…especially that light! 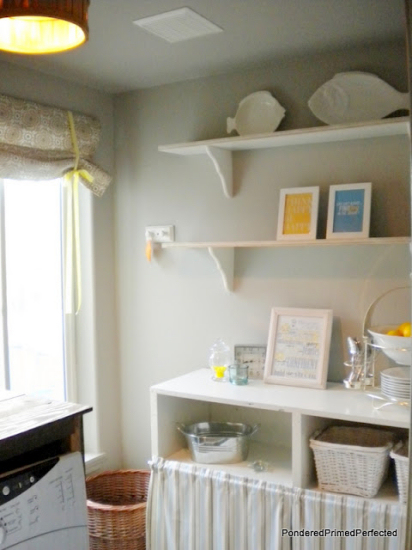 I’ve had many people ask me how to recover a lamp shade with a wire frame, but it’s a task I’ve actually never attempted because it looks intimidating to me.  But Beyond The Screen Door was up to the challenge, and even shares pictures of the process. 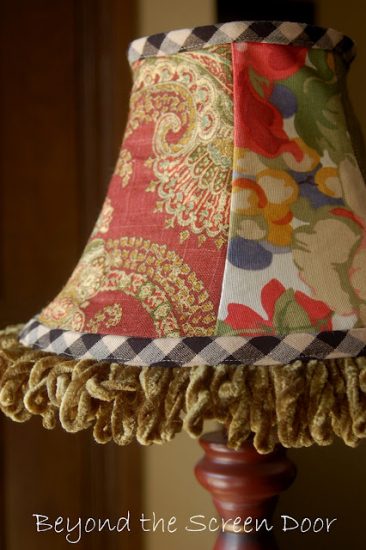 The pretty flower on this pillow is made of…(can you tell?)…hearts!  Isn’t that clever?!  Head over to Don’t Disturb This Groove to see the details. 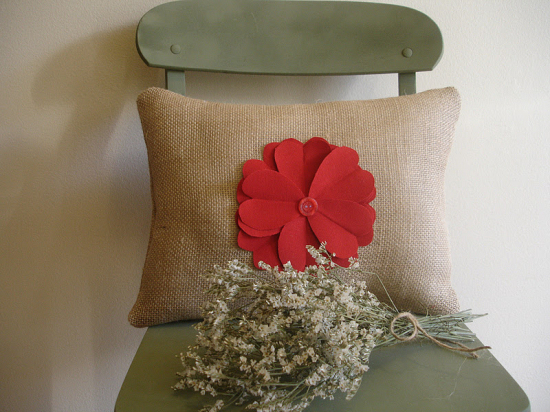 What a fantastic idea for small dogs…or perhaps even cats.  Turn unused drawers into dog (or cat) beds!  What a simple and brilliant idea from Liz Marie Blog. 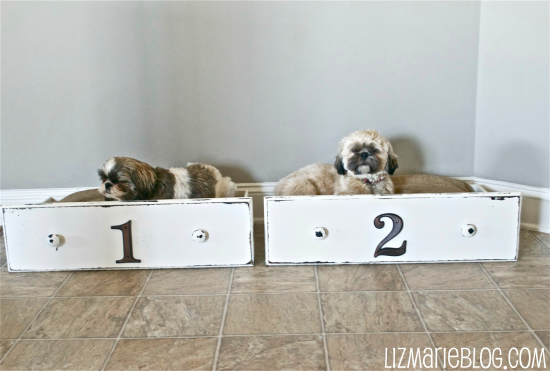 There’s plenty more to see from last Friday’s link party!  And don’t forget, if you want to show of something you’ve been working on, the party starts on Friday at 1:00pm! 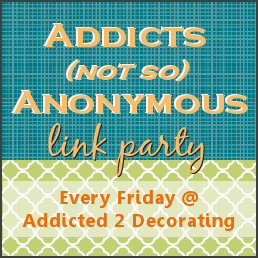 September 16, 2011
Previous Post Weekly Wrapup (and a Personal Update)
Next Post Out Of Curiosity:: Painted Or Stained Kitchen Cabinets?