I could very easily have named this post “How Many Pictures Of My Kitchen Ceiling Can I Get You To Look At Before You Lose Interest Completely?” But that seemed kinda long.

Let’s get right to it, though. I’ve made progress…finally.

First, let me remind you of my inspiration.

This ceiling has been driving me crazy for a while now, so this weekend, I decided to go for it.  I went to Home Depot and purchased two 8′ x 4′ sheets of 1/4″ plywood, had them cut it into 4″ strips for me (yes, they actually did it for me!!), and then I used my miter saw to cut the strips to the length that I wanted.  I used Loctite and my nail gun to attach them to the ceiling.

The first two rows went up without a hitch, although I started doubting if it really was going to disguise that ridge like I had hoped. 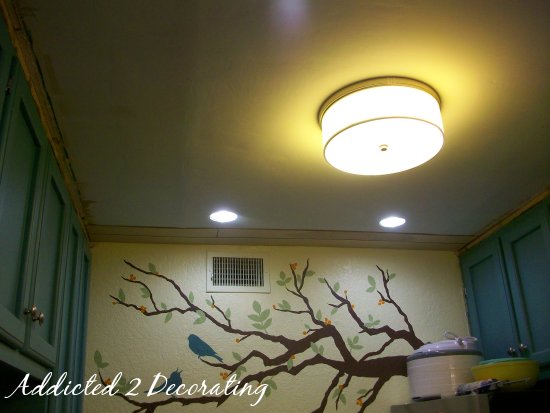 Then I hit a road block with the third row.  I had this idea that I could apply the strips, and then use my jigsaw with a brand new blade and cut out the circles for the light using the light as a guide.  WRONG!!  That idea didn’t work at all.  So I tried to pull the strips down to cut them, but the Loctite has already set.  So, I had to use a utility knife and pliers to cut and pull away the part covering the lights.  Not fun!!!

On the next strip, I tried a new strategy.  I rummaged through my pantry, found a can that was 4″ in diameter, held the strip up to the ceiling, and used the can to trace a circle for the light.  Then I took the strip outside and used my jigsaw to cut away the circle BEFORE attaching it to the ceiling.  That worked quite well. 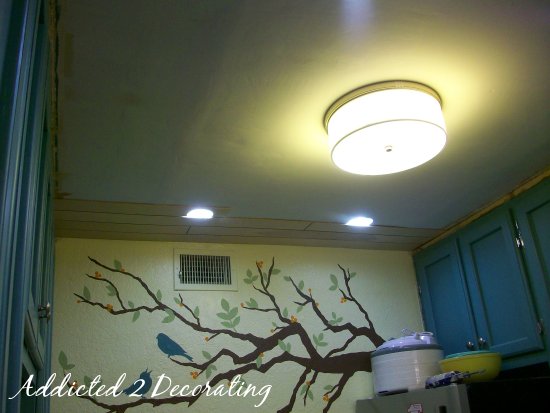 I only got five rows done before I started getting anxious to move on to the next step–deciding how I was going to finish the ceiling!  I got out some stain and did a little test spot.  I liked how it looked, but was concerned that it would be too dark once the whole ceiling was stained. 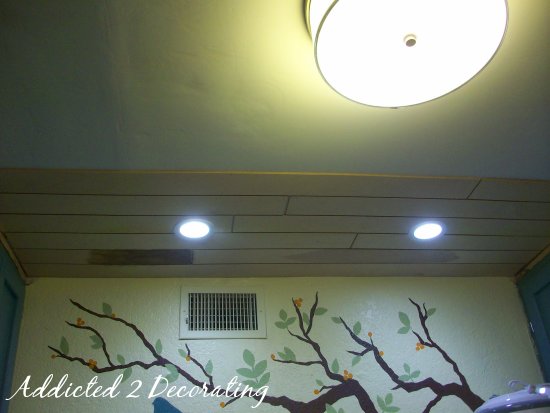 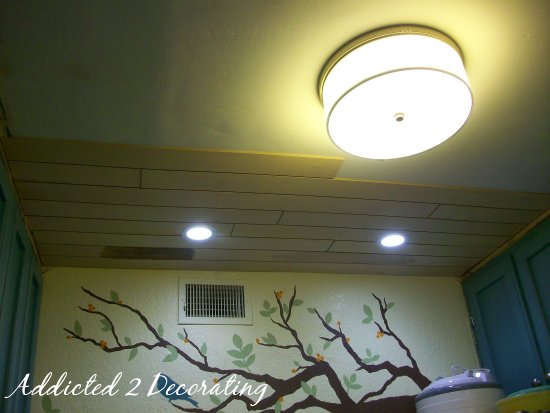 But then I decided to go for it.  I knew if I didn’t try it, I’d always wonder what it would have looked like.  Indeed, I think it’s too dark for such a small space.  It’s pretty!!!  But way too dark. 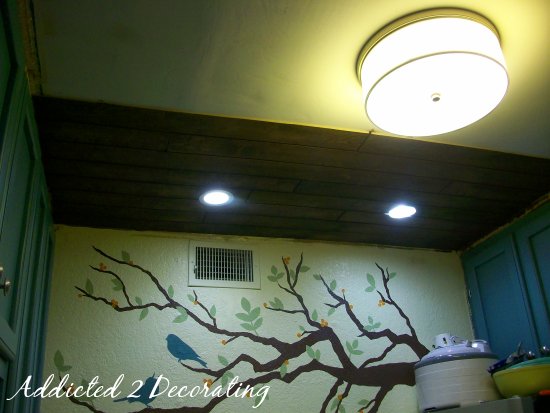 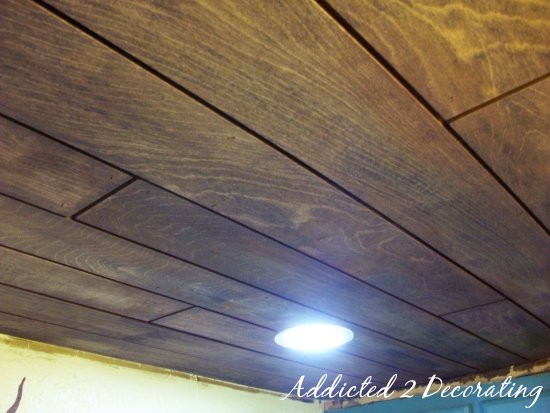 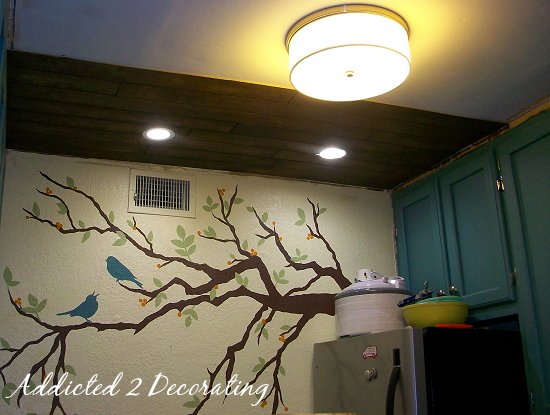 So then I thought maybe I could do some sort of whitewash over the stain just to lighten it up a bit.  I tried that on one board, and it definitely lightened it up, but I’m just not sure if it’s enough. 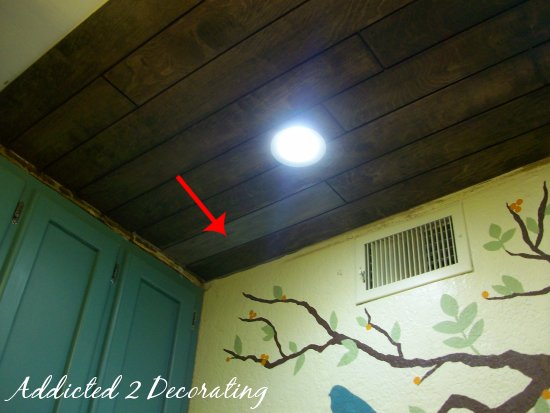 It’s hard to determine from one little board whether or not the whitewash would lighten it up enough. 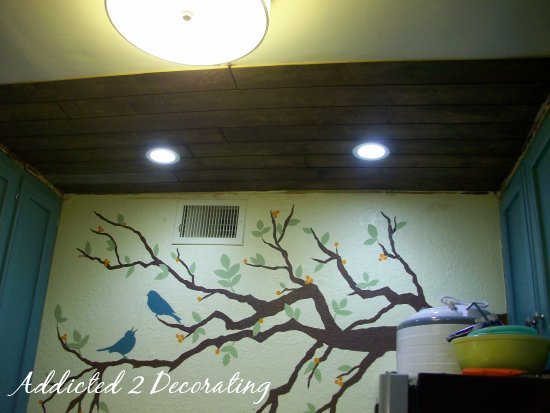 So who knows?  I may end up staining and whitewashing the whole thing, or I may end up painting it white.  But either way, I LOVE this look!!  And now that I have several rows on, I really do think it’s disguising that ridge pretty well.  Now on the water-damaged area, I definitely think I’ll need to do some repair with drywall compound first to smooth out the area as much as I can before applying the boards.  I’m NOT looking forward to that.

So, so far so good!  Any input regarding the finish?  Do you think a whitewash over the stain would be enough to lighten it up?  Or should I just paint the ceiling white?  It makes me a bit nervous, because once it’s painted, I can’t go back if I don’t like it.  Hmmmm…decisions, decisions.

Julia’s Kitchen Progress (and What’s Wrong With This Picture?)

July 19, 2010
Previous Post Friday Wrapup (and We Have a Winner!!)
Next Post Out of Curiosity:: What Do You Do With Your Ceiling?