I think the shine might be wearing off on Pinterest for me.  When trying to round up ideas on Pinterest, I find myself getting frustrated more often than not.

Anyway, I thought it would be fun to do a round up of some amazing laundry rooms.  Naturally, I went to pinterest (which has replaced Google for me when I’m wanting to search pictures), and searched “laundry room”.  The first one that I found that I really liked was this one… 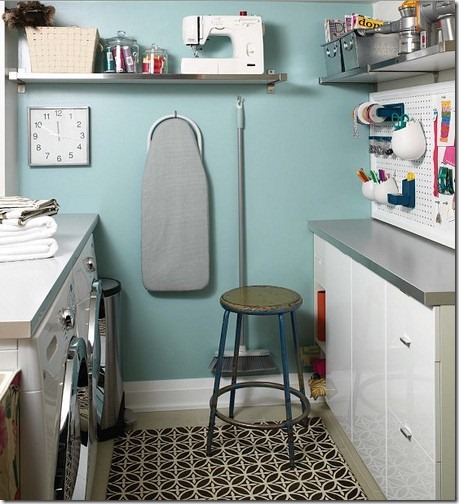 Naturally, I wanted to find the source.  The problem?  The Pinterest link went to Decorpad.  Decorpad is one of those sites I have a love/hate relationship with.  I love to be able to search rooms by color, or type, or whatever.  But I HATE that about half the time, the actual DESIGNER of the room, or the ORIGINAL SOURCE of the room isn’t mentioned.  And even when they are, they’re not linked.

So, it’s still a mystery where this room came from and who created it.

The next laundry room that caught my eye was this one… 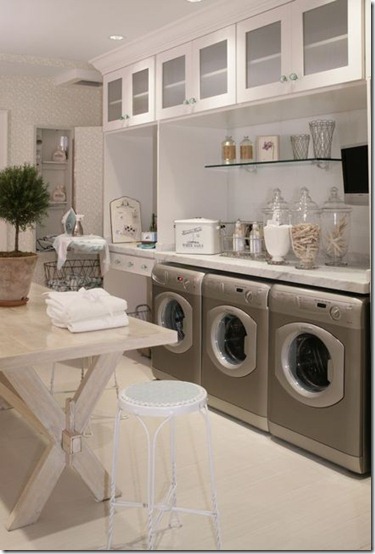 I took a look at the source of the picture on Pinterest, and it said Google.ca.  GOOGLE?  Why is Google getting the credit?  I’m almost certain that Google didn’t create this awesome laundry room.  But I clicked on the link anyway to see if I could follow some rabbit trail to the original source.

Google took me to a blog post written by a blogger who had done a round up of laundry rooms, which would have been great, except she didn’t give ONE SINGLE LINK to any of the sources for her photos.

So that’s laundry room #2, created by a very talented person who isn’t getting credit for his or her efforts, because the credit is going to Google and then to some blogger who posted the picture without linking the source.  And this picture had been re-pinned seventy-seven times with the credit going to Google.  (Seriously, does Google REALLY need our help getting more traffic?!)  And who knows how many times it had been re-pinned from the 77 re-pins, and then re-pinned again, and again.  These things spread like wildfire…all the while, without the original source being credited. 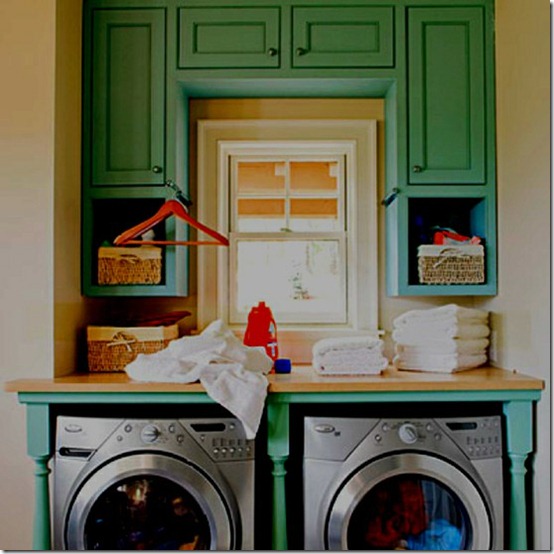 Again, we have another fantastic laundry room created by a very talented person who ISN’T GETTING THE CREDIT for his or her work.  And this laundry room, from this one pin, had been re-pinned 83 times…without proper credit. 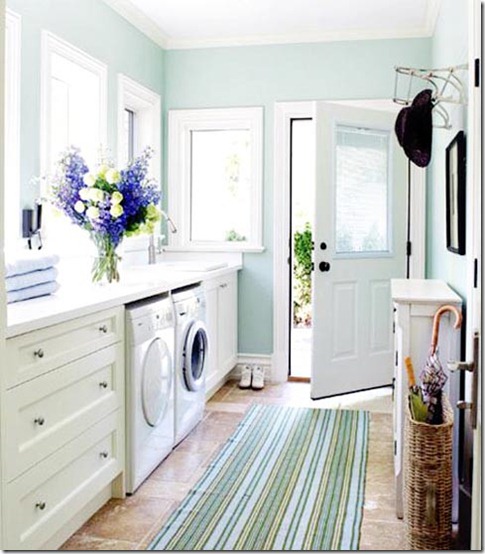 The source on this pin went to a blog.  I was quite certain that the blogger hadn’t created this room (I’m pretty sure this is from a source like BHG), but I was hopeful that the source would be linked on the blog.  Well, I never found out if it was or wasn’t, because the pinner pinned the photo from the main URL of the blog, rather than from the permalink of the specific blog post where this picture was used.

Unless there’s an easier way that I don’t know about, I could have spent all day looking through a blog in order to find one photo in hopes that the source would be linked.

So as of right now, my roundup of awesome and inspiring laundry rooms isn’t going to happen.  I’m very frustrated, and Pinterest (and lazy bloggers, and irresponsible website creators) are on my bad list.

We can do better than this, people.  I know we all get in a hurry, but I want to encourage us to start making an effort to pin from the ORIGINAL SOURCES* and give credit where credit is due!  And to stop repinning things from people who haven’t given the time, thought, or courtesy to the original creators of the room or project that you like.  This is spiraling out of control, and each one of us needs to take the responsibility to do what we can to stop this madness.  (For the record, this is to myself as well.  For the longest, I was repinning like a mad woman, completely unaware that the sources weren’t linked—or that the link was a dead end—on many of the photos I was pinning.  I only realized this was even a problem just a few days ago.)

I’m clearly not the only one who has been frustrated with this type of thing.  I’ve seen several other bloggers write about similar issues lately.  Just yesterday, Allison at House of Hepworths shared her own frustration with other people getting credit for her creations.  Let me tell you, when you’re a blogger, and you’ve spent hours creating a project, taking pictures, editing pictures, writing a tutorial, and getting everything just right, it’s the most disheartening thing in the world to see the credit go to someone else.

*Actually if you have a Pinterest account,  you’ve already agreed to do this when you signed up for your account and clicked the little box saying that you agreed to their Terms of Service.  I (and many other bloggers) are really not asking you to do anything to which you haven’t already agreed.

P.S.—If you want to pin these laundry rooms, click on the links and pin from the source.