The Order Of Things To Come

Now that Matt’s dad’s visit is over, you might think that I can refocus my energy on the bathroom remodel and get it finished up, right?  I have about a week’s worth of work left on it, and it would feel amazing to have another room in the house completely finished.  Sadly, that can’t happen…not quite yet, at least.

I started the bathroom remodel at the end of January, and had no idea it would take me this long.  Of course, when I started, I also had no idea I’d be doing a down-to-the-studs remodel, either.  (That seems to be a recurring theme in this house.)  The original plan was to do my quick and easy temporary makeover on the bathroom, and then head to the condo to finish it and get it on the market all before Matt’s dad arrived for his visit.

As his visit drew closer, it became obvious to me that not only would I not have the condo finished by the time he got here, but the completion of the bathroom was even looking doubtful.  So Matt suggested (very strongly, I might add) that his dad, Oto, help me with the condo during his visit.  That was the plan for quite some time, until I got to thinking about it.  Every single project left at the condo is one that I’m fully capable of doing by myself.  Not a single project over there requires heavy lifting or an extra set of hands.  But I had projects at the house that required two people (e.g., drywalling ceilings), and until I got that finished, I’d be spinning my wheels on this house.  Those stupid ceilings were holding up so much progress.  So I thought it made more sense to take advantage of Oto’s time here by getting things done that I couldn’t do by myself.

After making my case to Matt, he reluctantly agreed that Oto and I should work at the house, but only under one condition.  The condition was that as soon as Oto left, I would refocus all of my attention (or at least as much as possible, and as often as I can get away and leave Matt alone at the house) on the condo and get it finished up ASAP.

I know many of you have suggested to sell it “as is,” which probably seems like an option since all you’ve seen of it are pictures that look like this… 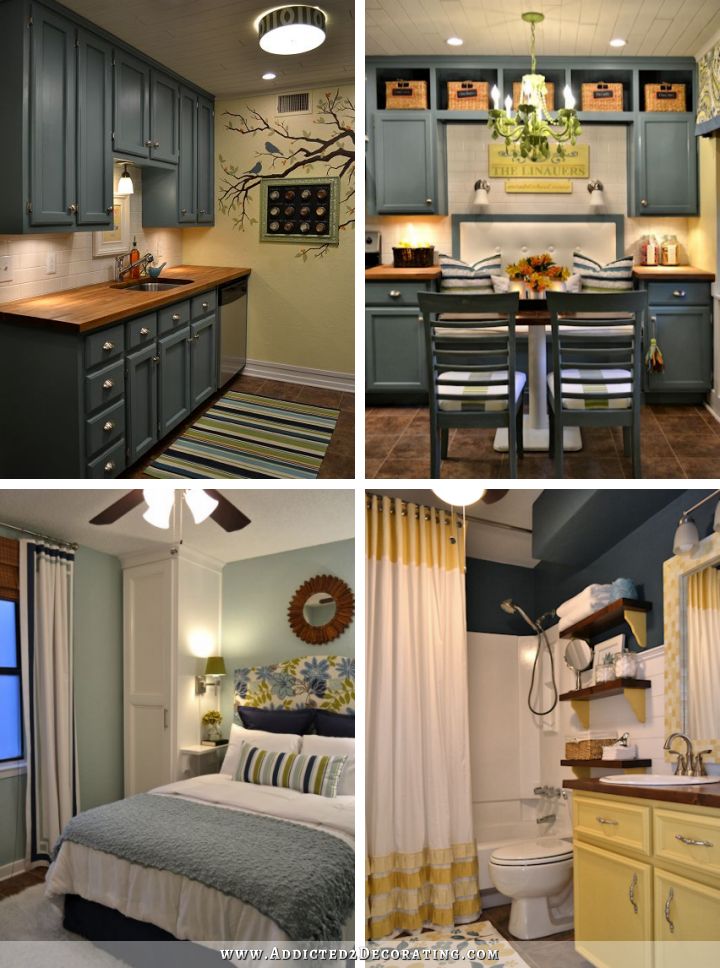 …but you might notice that I’ve never included pictures of a finished second bedroom, or a finished living room.  There’s a very good reason for that.  I’ve got half-painted walls, ungrouted portions of tile flooring, torn up wainscoting that had to be removed for the living room built-ins and was never repaired, and on, and on.

I really wish I could procrastinate on this longer, or at least until the bathroom remodel is finished, but Matt and I had an agreement.  So all of that to say, I’m working on the condo.  And please don’t hate me for leaving the bathroom unfinished and working on something else.  🙂  Matt keeps reminding me that we’re about to lose out on yet another prime season for selling a condo close to a university, if we haven’t already.  But what’s motivating me even more is that he keeps reminding me that as soon as the condo is finished and on the market, I won’t have any other outside obligations, and I’ll be able to focus all of my energy on this house without having those nagging “I really should be working on _______ instead” thoughts hanging over my head.

So here’s the plan:  I’ll spend the next couple of weeks at the condo and get it finished up.  As soon as it’s done, I’ll be able to spend about a week or so finishing up the bathroom remodel at the house. (It’s so close to being finished!!)  And then I can get started on the newly drywalled areas at the house.

I’m thinking I’ll just start at the front door and work my way through, meaning that I’ll work on the dining room and entryway (probably simultaneously), and then move on to the music room, and finally the hallway.  That means that I could potentially have these areas of my house completely finished in the near future.

Who’s with me?  Sound like a plan?  🙂  And who thinks I’m a total flake for not finishing the bathroom remodel before moving on to something else?  😀  That’s okay.  I understand if you do.  But right now, it’s more important for me to honor my agreement with Matt.  I’ll have plenty of time for house fun very soon, with nothing else standing in my way.

Oh, and in other news, Oto is tentatively planning a return trip at the end of August, during which we will tackle the drywalling of the breakfast room, bedroom, and my office.  That would be amazing, and way beyond my expectations, if all of the ceilings get done this year.  And oh, the possibilities once that happens! 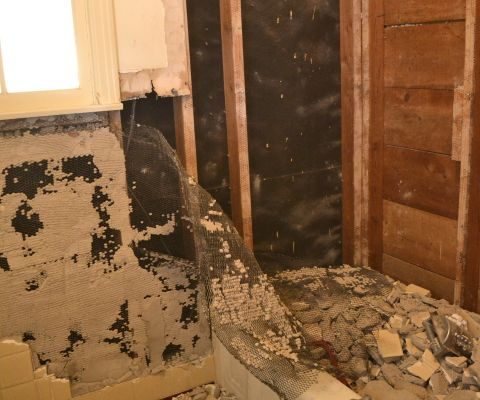 Narrowing Down My Kitchen Lighting Options

February 10, 2010
Previous Post The Hard Part Is Done
Next Post My Thoughts And Plans For The Dining Room