A Closer Look At My Favorite Room I’ve Ever Designed

First of all, thank you so much to each of you who read yesterday’s post and left such supportive comments. I was angry, as you could tell. I was shocked beyond belief that someone would have the nerve to do that.

And in a way, I’m a little thankful that it brought my absolute favorite room that I’ve ever designed back into the spotlight. So I thought I’d share a little bit about it with you.

First, did any of you hear the interview over at The Skirted Roundtable that the ladies did with designer Grant K. Gibson? He’s a young designer, named by Domino magazine as one of the “10 Designers to Watch.” I remember listening to him as he told about his very first designer showhouse experience, where his budget was almost nonexistent, and he got in there and refinished the floors himself. It’s a great interview, and I could totally relate.

This room was my first…and only…designer showhouse that I’ve ever done.  I was invited back to the next one, but I was too busy at the time to take time out of my schedule for it. 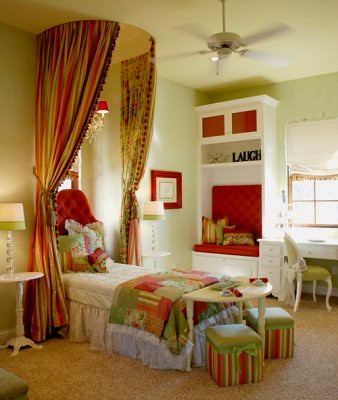 It was such a rewarding experience for me, but it was one of the hardest things I’ve ever done. You see, some of the other designers involved in the house were very experienced, licensed, card-carrying members of ASID, who spend their days creating beautiful rooms on huge budgets for people with very discriminating taste.

And then there’s me. 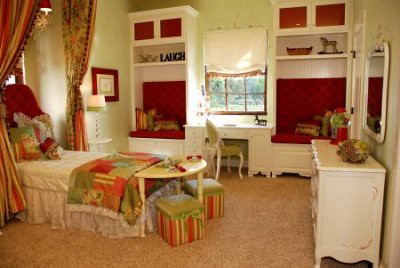 I was still new in the business…and still FELT very new and very insecure. I’m not formally trained in design. I’m not licensed. In fact, at the time, according to Texas law, the most I could call myself was an “interior decorator”. I had a tiny budget to work with, and knew that I would have to put my d.i.y. skills to the test to save money.  And I would also have to recruit some free help–my mom!!

While the other designers were having the items in their rooms made for them, I took a vastly different approach.  Almost everything in my room was hand-made by either me or my mom–the bedding, the diamond-tufted headboard and seat backs, cushions, pillows, side tables (which were made from pieces of wood attached to gumball machine stands)…virtually EVERYTHING.  While the other designers had decorative painters come in and paint and do their decorative finishes on the walls, my mom and I did my room.

It was nerve-racking.  It was such hard work.  But boy, was it worth it!!!

This experience did so much for my self-confidence.  I went into it feeling insecure and unsure of myself, but came out of it knowing that even though I was a mere “interior decorator”, I could run with the big dogs.

You wouldn’t believe how many visitors to the house came up to me and said, “Oh, your room is definitely my favorite!”  In fact, at the end, even the owners of the house came to me and said, “Kristi, you know your room was the favorite, right?”  Wow.  Talk about a confidence booster!!!  After being told by one of the licensed interior designers that I’d need to go back to school and become licensed in order to make it in the business, I showed them what hogwash that was!!!  I felt vindicated. 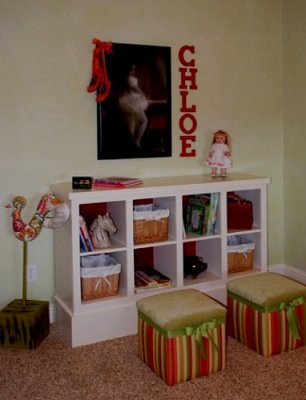 By the way, the law in Texas is now different.  I can now call myself an interior designer.  But you know what?

No matter what happens with the law…

No matter what pettiness and nonsense comes my way, I know what I am.  I’m a darn good INTERIOR DESIGNER who can give any licensed designer a run for their money.

Thank you for letting me relive this amazing experience!  Maybe one day I’ll have the energy to do another showhouse.  Chances are, I’ll need tons of energy, because I certainly won’t have a huge budget!!  And really, buying ready-made stuff and having other people doing the work just isn’t my style anyway, even if I had the money for it.  I’ve learned a lot about myself over the last couple of years, and I’ve learned that it really is all of the thrifted secondhand items given new life, and the d.i.y. projects that truly make a room a Kristi Linauer room.  I wouldn’t be happy with anything else! 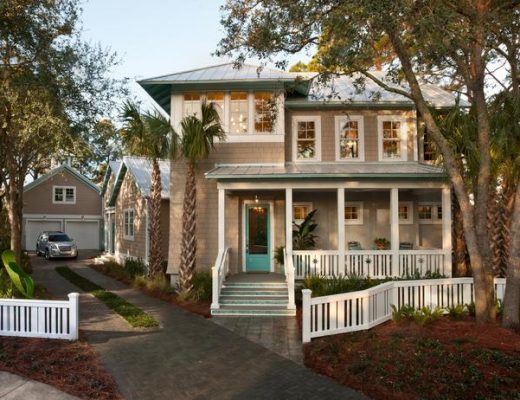 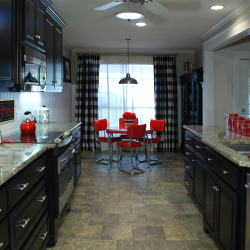 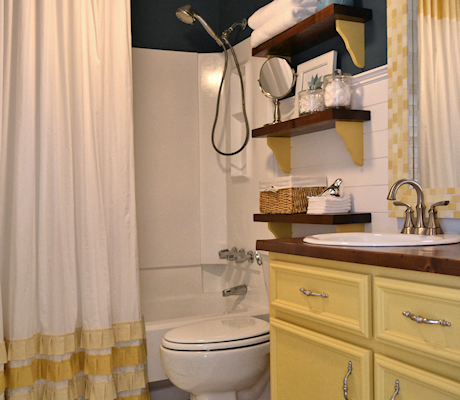 20-Day Small Bathroom Makeover – Before and After

March 12, 2013
Previous Post Dear Thieving Unethical Texas Interior Designer,
Next Post A Different Kind Of Before And After