I took a few days away from working on the guest bedroom (and anything else house-related) because I reached a point where I was having trouble finding things I needed — things I’m used to purchasing locally and never having trouble finding. I presume because supply lines are being affected by COVID, things that I assumed would always be a short car drive away whenever I needed them are now getting harder and harder to find. Have you noticed this as well?

So I’ve kind of been in a holding pattern the last few days as I wait for things to arrive, and in the meantime, I’ve spent a few days working on some not-so-blogworthy things around the house.

I had hoped to have my draperies done by now. Last Friday, I headed to Joann Fabrics to pick up lining so that I’d be prepared to spend the weekend sewing. But there’s no white mid-weight drapery lining to be found locally. It as a little shocking to see that entire section of the store completely bare. I even had a hard time finding what I needed online, and finally had to settle for a brand that I’ve never used before. It should be here today. So in the meantime, I still just have fabric draped over a curtain rod.

My new woven shade arrived, though! I got the same one that I used in the rest of the house. I get the Blindsgalore Natural Woven Shade in a color called Hana Tranquil. I buy them lined with blackout lining, and I get the top down/bottom up style.

But y’all! I don’t know what happened, but evidently I put the wrong measurement on my order. When I saw that box sitting on my front porch, I was so excited for about five seconds, and then I had this sinking feeling because it looked way too long. I tried not to panic and convince myself that it was probably a lot of foam or other packaging to keep the ends of the shade safe in the box.

But not this time. I had a custom made lined woven shade that was seven inches too wide.

I considered ordering another one, but this one took quite a while to receive, and I didn’t want to wait over a month for a new one. So I decided to take a chance and try to cut this one down just like I’ve cut down unlined woven shades in the past — using my miter saw.

I had to move some hardware (the little pullies and cord locks that just screw on to the wood top rail) over a couple of inches on both ends, and then I marked off 3.5 inches on either side. Then I rolled up the shade as tightly as it would go, put the entire thing under my miter saw, held my breath, and cut very slowly.

I was so shocked that it cut the lining fabric so smoothly, but it worked! I was so relieved that it worked out. And the shade still functions perfectly.

And as you can see, my little upholstered stool came in! I got this one from Target. And as it turns out, it’s the perfect height! So I won’t have to do any modifications on it at all. It’s perfect as is.

I’ve also started working on the bedding, but I’m waiting on more trim to arrive. I decided I wanted white bedding with just a touch of yellow. I purchased this bedding set from Overstock, which is just a lightweight quilt with two pillow shams. I’m so pleased with this quilt. I got it out of the package and washed it immediately, and it’s so soft. It has that washed brushed cotton feel to it, but I’m pretty sure it’s a cotton/poly blend.

But I wanted to add some color to it, so I used Wright’s Double Fold Quilt Binding (which is basically a really wide bias tape) in yellow.

I could only find three packages of the trim locally. Lots of places were out online as well, but I finally found them. Hopefully they’ll be here early next week, and I can finish up the quilt and make the two pillow shams. .

I had hoped that three packages (nine yards) would be enough to at least do the quilt, but I had this section at the top and side – about a yard-and-a-half – left to do after using up all three packages. So…I wait.

Anyway, it seems like things just take a little longer these days. Things that I’ve just always assumed will be available locally are now a little harder to find. But, we just have to adapt and be patient, right? It’ll get done when it gets done! 😀 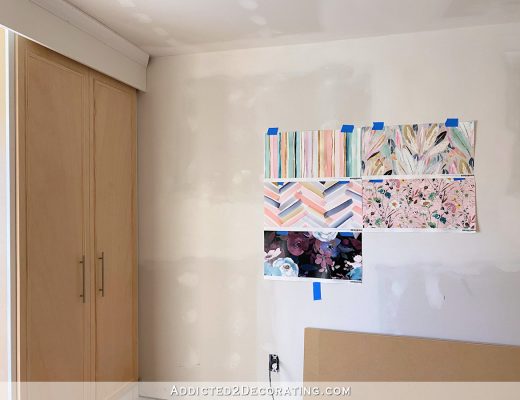 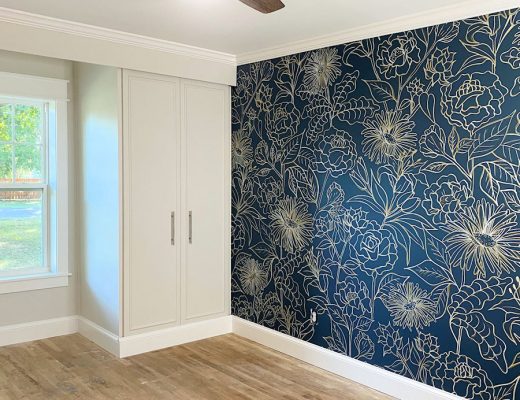 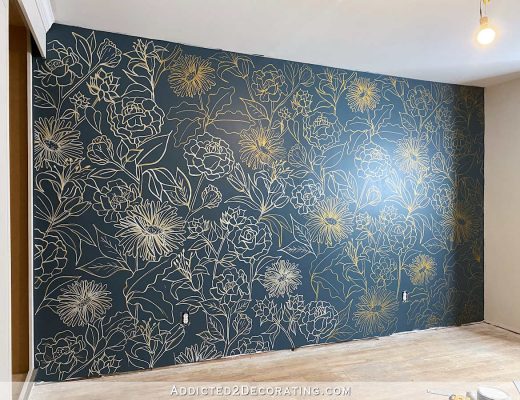 July 13, 2020
Previous Post Would You Ever AirBNB A Room In Your Home?
Next Post Guest Bedroom Bedding Progress and Pillow Fabric Options