About The Addition (Master Bedroom, Laundry Room and Family Room)

At the end of last year, Matt announced to me that he was ready to start the addition. I kind of freaked out, dug my heels in, and made it clear to him that I wasn’t ready.

When he made his announcement, the studio still looked like this…

The was no electricity, no insulation, and no drywall. And the HVAC ducts weren’t connected. So with this daunting project ahead of me and at the top of the priority list, the idea of starting an addition just seemed like way too much for me.

But now that the studio is much further along and actually feels like a room, I can begin to see the light at the end of the tunnel with this area of the house. So now I’m ready to dip my toe into the plans for the addition.

So we’re going to move forward very slowly and at a casual pace. For now, the only thing addition-related on my plate is to finalize my basic floor plan ideas so that I can meet with the contractor in the next couple of weeks and we can start putting together a plan, a rough estimate of the cost, etc.

It’s been a while since I’ve shared anything about our plans, so while I will be sharing more of the details as I figure those out, I thought I’d share the basic floor plan changes that will occur. And at this point, I’m definitely open to any suggestions.

Anyway, right now, this is what the layout of our house looks like…

Before an addition can be built, the first order of business will be to remove the current master bathroom and sunroom.

Now if you’re new around here, you might be asking, “Why tear those down? Why not just remodel them?”

Well, the so-called “master bathroom” looked like this when we bought the house…

And I haven’t done a single thing to make any improvements to it since we’ve been here. But you can see that even with new finishes and fixtures, that’s still not a practical bathroom for someone who uses a wheelchair. Right now, we make do with what we have, but I’d love for Matt to have a big bathroom with a spacious accessible shower and all of the other things that can make his life easier from day to day.

So there’s no question that the current bathroom must go. There’s nothing there to salvage.

And the same goes for the sunroom…

In that picture above, the doors to the music room are on the left, and the back wall of the house is on the right.

This room isn’t salvageable for several reasons. You can see that it was added on in the same way that the storage room at the back of the studio (which is now the half bath, back entry, and storage closet) was added, which is also how the pantry area was added — they just attached the roof to the existing roof, and continued to slope it away from the house. That wall on the back of the sunroom is just high enough for the height of the sliding glass door, so it’s not even seven feet high.

Also, there’s a significant step down from the music room into the sunroom, which isn’t practical at all for Matt. And I’m pretty sure that the current floor in the sunroom is loose carpet lying on top of particle board, which is lying on top of a combination of gravel in some areas, and concrete in others.

Naturally, we want the floor built up to be level with the music room and the rest of the house, and we want a plywood subfloor instead of particle board on top of gravel and concrete. And then I want the roof built so that it ties into the existing roof just like the carport does. That will eliminate that need for continued sloping towards the back wall that results in the sloped ceiling that’s not even seven feet along the back wall.

So both the current master bathroom and the sunroom will be torn down completely, and we’ll just start over. And what will those look like? Let me show you the plan.

And this is what it will look like after the addition…

The things I know for sure are these:

I think our room is wider than the one shown, so our closets would be wider as well.

And then from the back French doors in the bedroom and the family room, we’ll have a large deck that stretches across the back of the house so that Matt can easily get outside from either area.

So that’s the plan as it stands right now. Of course, everything is subject to change, but I can’t see it veering much off of this path.

From here, I need to start thinking about a few details that will have an impact on the bottom line cost. For some things, like electrical, those costs can be estimated without me having to know exactly where I want all of my switches and outlets. But for other details — like a dog wash area in the laundry room — those need to be specified up front so that I’m not surprised by a big cost add on later.

And the bathroom, especially when designing for accessibility, can have all kind of surprise expenses. So I need to start thinking through those details and getting them down on paper. I’m hoping to schedule a meeting with the contractor in the next couple of weeks, so there’s no room for procrastination on this one! 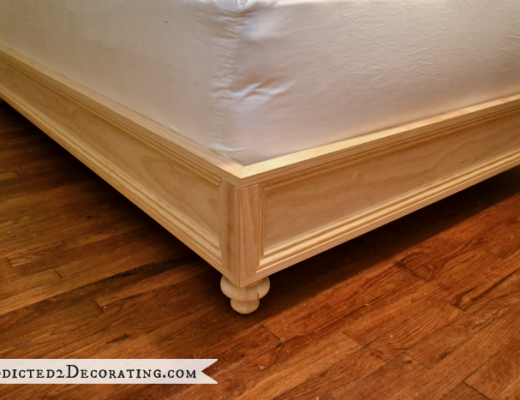 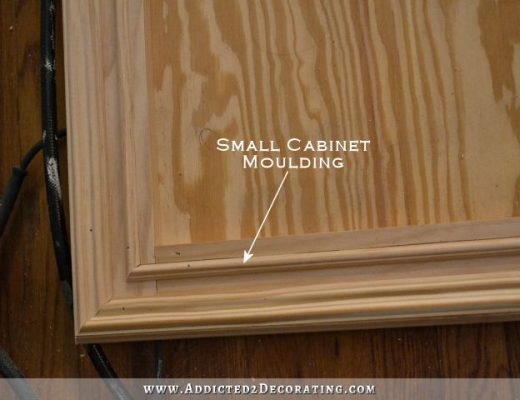