I was so certain that I’d have my shower curtain done by today, but it just didn’t happen.  Part of the reason is that I spent (wasted) probably two good hours just still trying to decide what the heck I wanted to do.  I would try something, not like it, unpin everything, and start over.

I finally decided to just stick pretty closely to the design from Canadian House and Home. 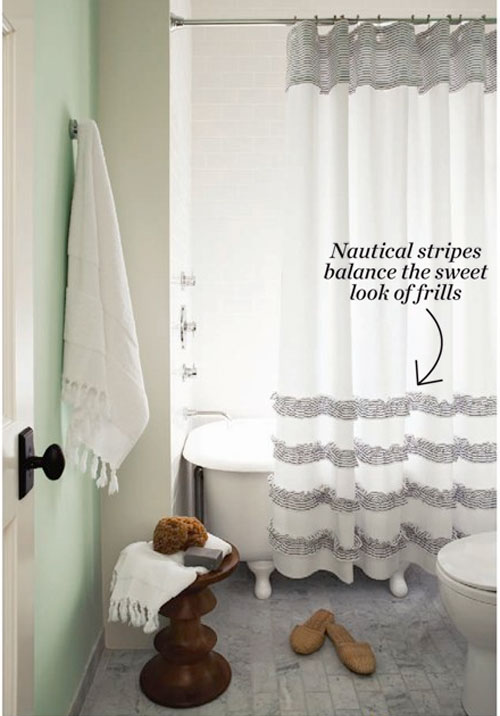 Mine will have a band of this yellow striped fabric at the top, with the stripes going vertically… 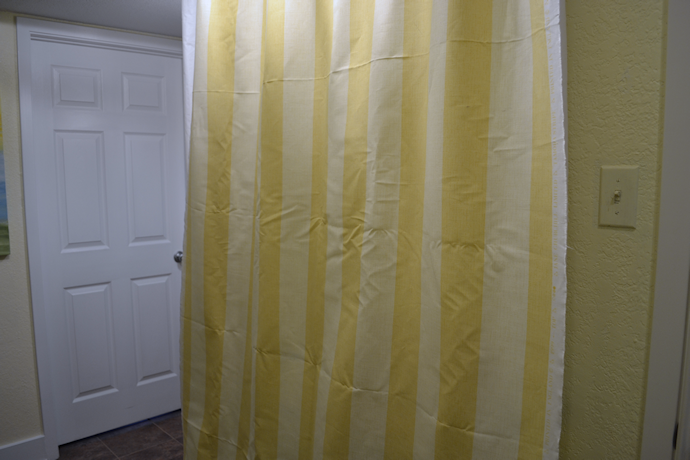 The main body of the shower curtain will be white.  (I used an extra queen-sized sheet for that part.  🙂 )  Then there will be anywhere from three to five rows of ruffles at the bottom.

Actually, I had a hard time deciding between ruffles and pleats.  I love the look of ruffles (just not too many of them!!), but when it comes down to it, I’m really more of a pleat kind of person.  I prefer tailored over frilly.  But since I didn’t have enough fabric to do full-on box pleats or even just deep, pressed-in pleats, I went with something somewhere between a ruffle and a pleat.  I’ll call it a pluffle.  🙂  I created tiny little pleats at the top of each strip.  They won’t be ironed in all the way for that pressed, tailored look, so towards the bottom of each row, they look a little ruffled. 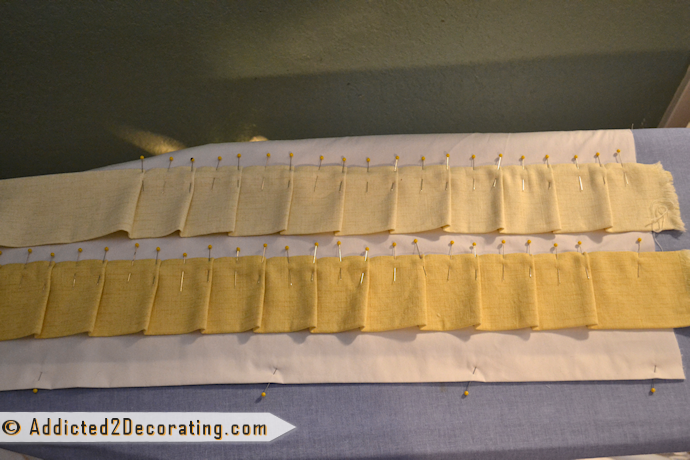 I might even just stick with the two rows, but I have enough of the strips pressed and ready to go for five rows.  And since I’m making an extra long shower curtain (more like drapery panel length), there’s definitely enough room for five rows.  I’m just not sure if my patience will hold out that long.  😀 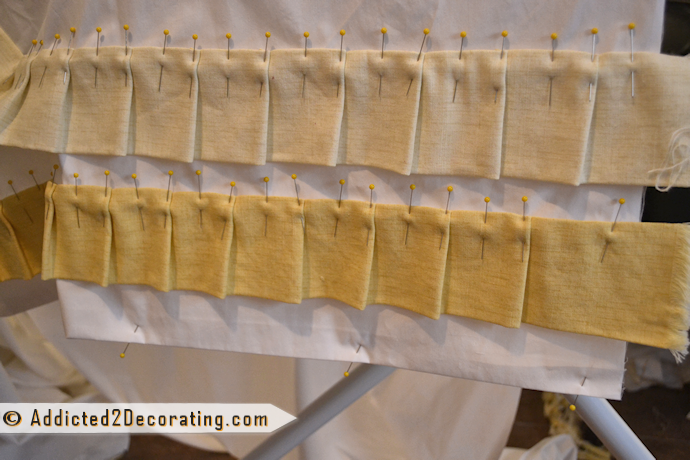 So that’s my progress!  Can you envision it?  I’ll definitely get this project finished this morning, and then I’ll get my paint touch ups finished this afternoon/evening.  You know what that means? 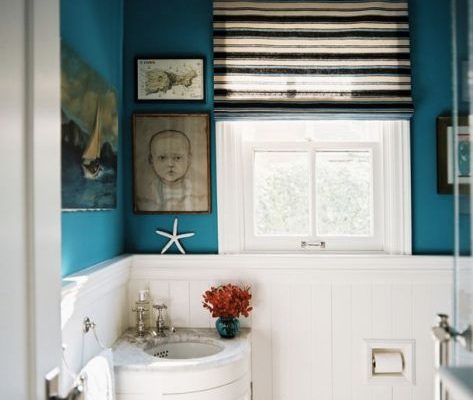 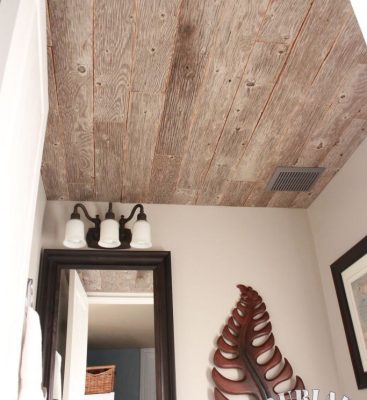 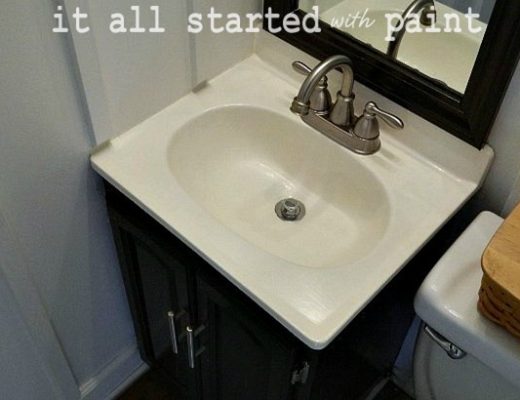