If you’re still looking to add a little fall décor to your home, I have a cheap and easy project for you!  Well, let me say that it would probably be cheap for most of you simply because I would imagine that most DIYers/crafters would have most of the supplies already on hand to make a little decoupaged vase/candle holder. 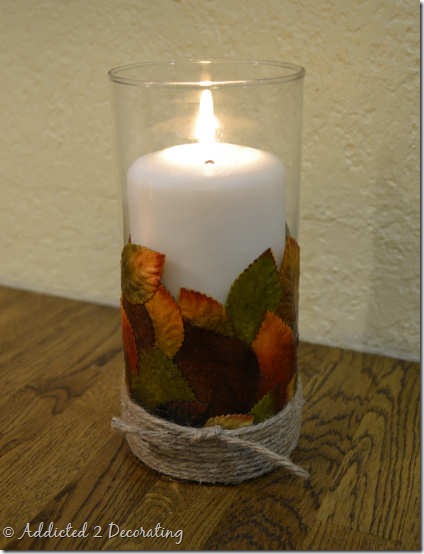 I already had the vase/candle holder on hand, as well as the Mod Podge, art brush, jute, and hot glue.  So my only cost was the mulberry paper leaves, which I found in the scrapbook supply section of Michael’s.

If you don’t have an extra vase or candle holder on hand, you could always use an empty glass jar.

If you want to make your own, gather up your supplies:  glass jar or vase/candle holder, Mod Podge, jute, art brush, mulberry paper leaves, and a hot glue gun. 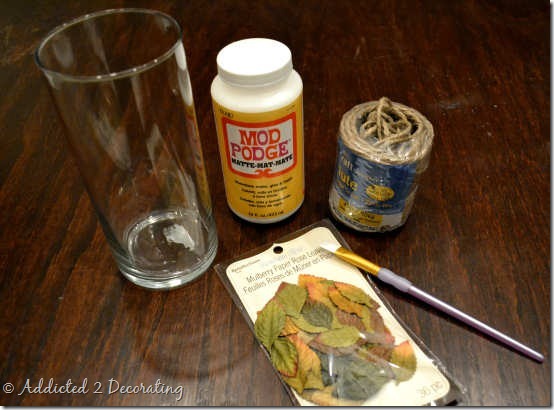 I started applying Mod Podge around the middle of the vase, and then stuck the leaves on randomly.  The mulberry paper leaves had quite a bit of texture to them, so it took about a minute on each leaf get the Mod Podge soaked into the paper enough so that it would stay pressed against the glass. 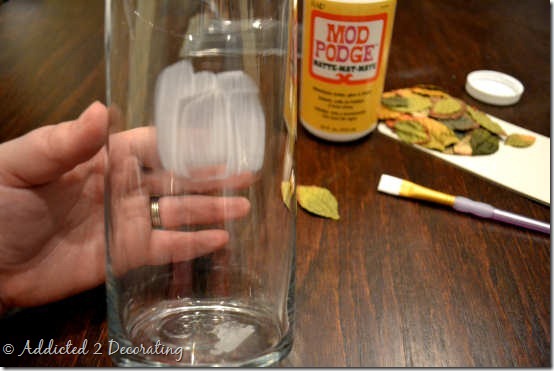 I continued layering the leaves all the way around the vase, working my way towards to the bottom of the vase. 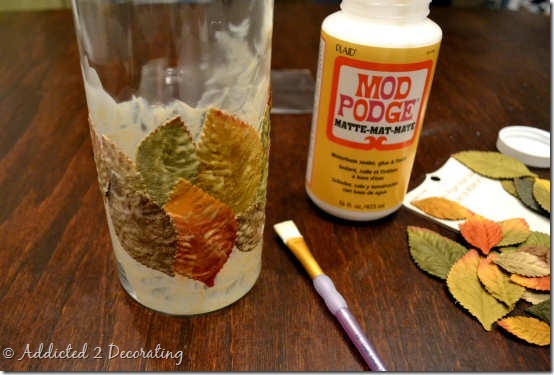 I stopped the leaves about 1/2-inch from the bottom of the vase.  Originally, I thought it would be an interesting effect to layer the Mod Podge over the part of the glass without the leaves.  I thought it might give it a watery effect, but when it was dry, I didn’t like it at all. 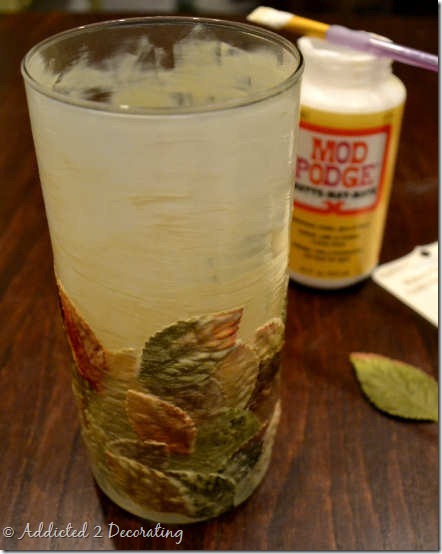 So, I just took an X-acto knife and scored the Mod Podge on the glass around the top edge of the leaves, and then peeled away the Mod Podge.  It pretty much came off in one layer in seconds—no scraping and scrubbing required. 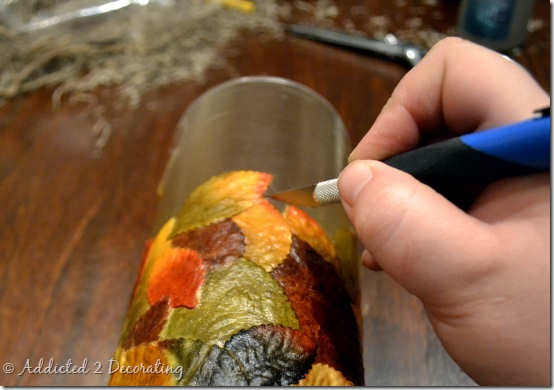 And then, just to give the vase a little more texture, I used my hot glue gun to wrap the bottom with jute. 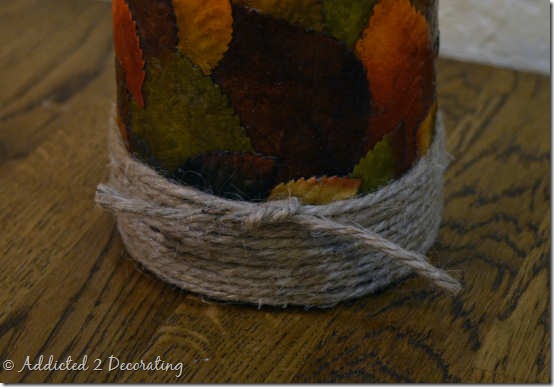 I think several of these down the middle of a dining table, along with other autumn-y items, would make a pretty centerpiece for a Thanksgiving table.

If you’re fortunate enough to live in a place where the leaves actually change colors in fall, you might even be able to use real leaves.  Hmmm…I’ve never decoupaged with real leaves, so I’m actually not sure how that would work.  Any experienced leaf decoupagers out there? 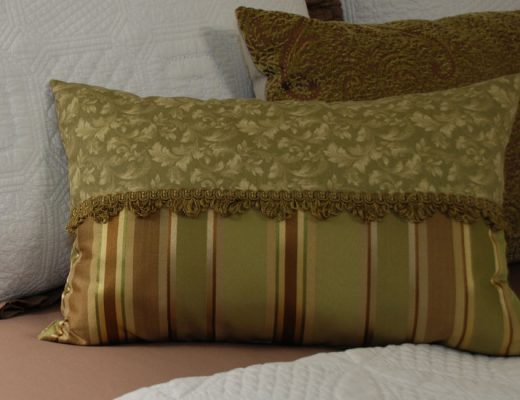 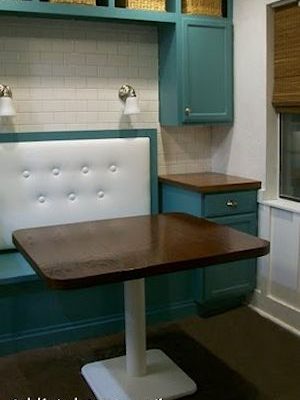 March 8, 2010
Previous Post Addicts (not so) Anonymous Link Party
Next Post DIY Fail:: How To NOT “Wallpaper” Your Walls With Fabric