How To Hanging Pictures On Tile

It’s not often that I’ll just endorse a product outright, but when it comes to hanging pictures on tile, there’s only one product I’ll use:  Command Picture Hanging Strips.

Generally when I mention these, people confuse them with the Command strips that have adhesive on both sides.  Those double-sided adhesive strips are good for some purposes, but I’ve actually had some problems with them not holding.

These Picture Hanging Strips are a different story, though.   These things are incredibly strong, and I’ve never had a problem with them not holding.

They’re a bit different, as you can see.  They have hundreds of these little plastic “fingers” and each one has a tiny little plastic ball at the end.

I believe the package says that six strips are enough to hold six pounds.  I generally use more than necessary just to be really sure that my item is secure on the wall.

The first thing you do is “snap” two strips together.  It’s similar to hook and loop tape, but you really can hear a snapping sound as the pieces go together.

So a package of six strips gives you enough to use in three different spots on the back of your item.

After peeling off the protective paper on one side, I placed two at the top, and one at the bottom.  Again, according to the package, this is enough to hold six pounds.  This was overkill for my artwork, which probably weighed around two pounds, but I just really like things to be secure.

Then after pressing these down to be sure they were really stuck on there well, I peeled the other protective paper off and placed the artwork against the wall.  It stuck immediately, but the instructions say to press for 30 seconds on each strip.

I’ve only ever used these on tile, but I would imagine they work great on drywall as well.  These would be perfect for renters who don’t want to risk losing their deposit because of nail holes in the wall.

I didn’t want to drill a hole in my new tile or grout for a nail.  I considered other options, like hanging it from the cubbies above with fishing wire and eye hooks.  Then I just happened upon these Command strips in Home Depot and decided to give them a try.  Well, it’s been up there for over a year now, and the thing hasn’t budged a bit!

*Note–I wasn’t paid or perked for writing this post.  I just really, sincerely like this product, I use this product, and I wanted to share it with you. 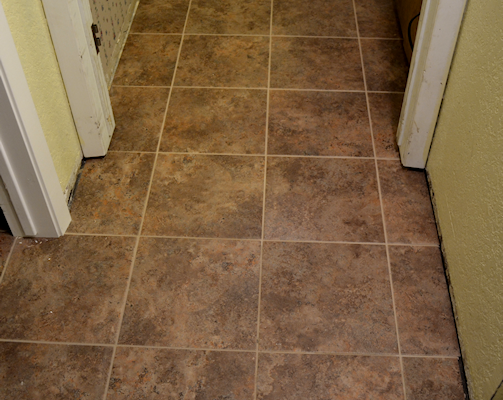 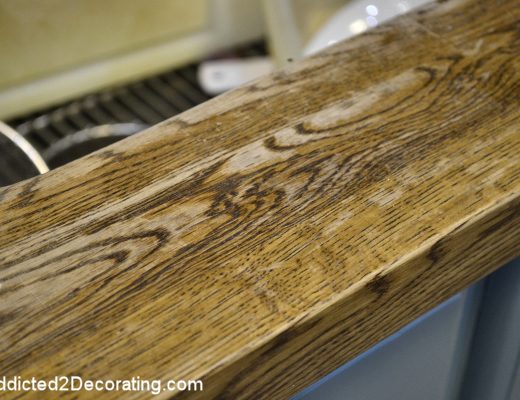 Update On My Butcherblock Countertops (it’s not pretty!) 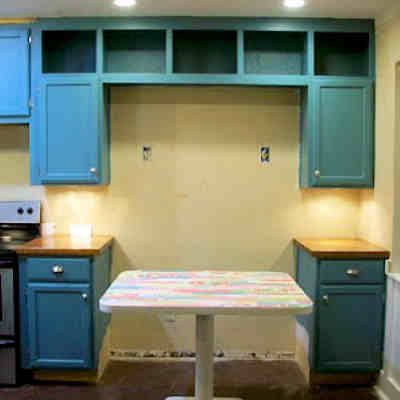 My Kitchen/Dining Area Progress So Far (And Needing Your Input…Again!)