Help Me Help You. Help ME…Help YOU.

I’m channeling my inner Jerry Maquire this morning. 😀 More on that in a minute.

My week is off to a frustrating start. I got in my car yesterday to head to Home Depot to get the materials I need for my bathroom built-ins, and my car wouldn’t start. My neighbor came over to take a look at it. We thought it was the battery, so he brought his truck and jumper cables over. That didn’t work.

Long story short, it’s my ignition switch. He said he could replace it for me if I order the part. So last night, my mom took me to Auto Zone to order a new ignition switch, but it won’t be in for two days. Generally when my car is in the shop (which thankfully, isn’t often at all), I just borrow my mom’s or step-dad’s car, but this time my car just happened to die during the two days when they need both of their vehicles. Ugh.

So I feel a bit stranded. Fortunately my mom also took me to Home Depot last night to get the stuff I need to get started on my built-ins, so I can finally work on that today. But after my three-day weekend, and then my car drama yesterday, that means I haven’t gotten anything done on that bathroom in four days! And here so close to the end!

Anyway, my downtime has given me quite a bit of time for two things. First, to read through all of your comments and suggestions on yesterday’s post. Wow! Y’all had some great input! I think a great plan is finally starting to formulate in my mind. It’s almost there, but I want to read through the comments (all of them!) one more time to be really sure I’m not missing something really brilliant.

But I’ve also had lots of time to brainstorm another idea that’s been formulating in my mind the last couple of weeks. Recently, I’ve had an increasing number of people tell me that I should write a book, so that’s really gotten my wheels turning. I don’t really know that a book is the direction I want to go, though. Books, to me, feel as limiting as blog posts do. There’s only so much info, and so much detail, I can share in still pictures and written words.

But I’m imagining some sort of resource loaded with projects that anyone can use, with tons of step-by-step details, compiled in some sort of handy guidebook (or not a book) that a homeowner can use to DIY their way to a beautiful home, room by room.

I’m still trying to decide on the format of this handy guidebook (or handy guide-not-a-book). I have several ideas on that. But the format is probably less important than the actual projects that are included. I’ve been giving lots of thought to just what kind of projects would need to be included in such a resource, and of course, I’ve listed a lot of the basics — painting kitchen cabinets, making a headboard, reupholstering a chair, making lined draperies, sewing a Roman shade, sewing a duvet cover, etc.

I debated whether or not to put this “out there” while I’m still only in the brainstorming phase of this huge undertaking, but I decided that it’s worth it to get your invaluable input.

So tell me…if you were able to get your hands on some sort of resource, chock full of DIY projects with really in-depth step-by-step detail, arranged room by room, to help you DIY your way to your perfect home, what specific DIY projects would you want (and expect) to see in such a guidebook? I have a pretty long list that I’ve already made, but I just want to be sure I don’t leave out something really important.

Now while you think about that, hopefully I can actually get some work done on my bathroom today. 🙂 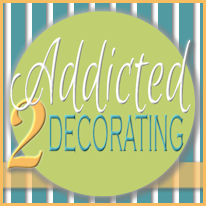 Closing The Doors On Addicted 2 Decorating (and Life After Blogging)

I Love A Beautiful Banquette 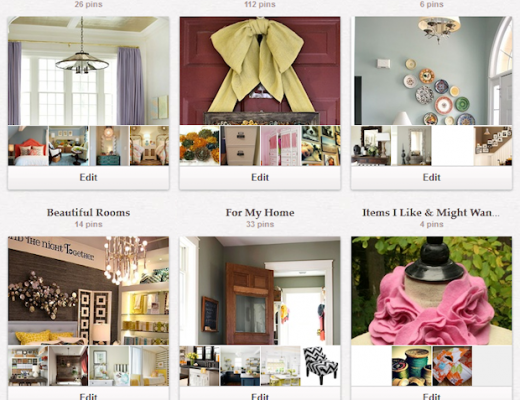