My Bedroom (and Its Very Shameful "Before" State)

I worked really, really hard on my bedroom this weekend, but it’s not quite at a point where I want to show you the progress. Trust me. At this point, it just wouldn’t make much sense. You’d be scratching your head, asking, “Kristi, are you sure this is progress?!”

So today, I’ve decided to do a most humiliating thing…show you my bedroom in its “before” state. And yes, it’s truly humiliating. My bedroom is the main room in my condo that makes me realize that I really have been the cobbler with no shoes…the plumber with the leaky pipes…the interior decorator with a shamefully ugly bedroom.

I stood in the doorway to take this picture.  The only attention that this room has gotten in the time we’ve lived here has been:  (1) cheap metal blinds replaced with woven shade, and (2) gross carpet removed and concrete floor painted.  Other than that, nothing…nada…zilch.  And it shows.

Oh, and you’ll notice that when painting the floor, I wasn’t even careful about the baseboards.  I had intended to replace these cheap baseboards with bigger ones, but never got around to it.  So, I have baseboards that are covered in brown concrete paint.

That is the only window in the room, but the room actually gets quite a bit of sunlight during the day.  It looks like at one point, I hung drapery brackets, but I can’t remember if I ever hung actual drapery panels, or if that’s as far as I got on that project.  If there ever were drapery panels up there, they didn’t stay up very long at all. 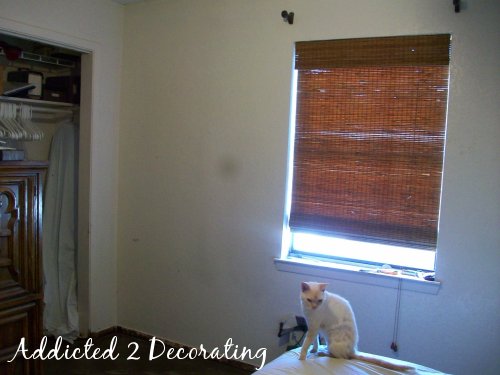 Now just when you thought it couldn’t get any worse…

Here’s the tiniest bedroom closet known to man (I had already moved our clothes and shoes out before taking the picture).  Long ago, I got tired of wrestling with the cheap old rickety doors, so in frustration, I took them off and threw them in the dumpster.  No problem…they won’t be needed in the final design anyway.

Then right next to the closet is a vintage armoire dresser thing that our neighbor was getting rid of.  I snatched it up because I thought it would be great painted in a fun color.  Well, I never got around to it, and it’s been sitting there for about two years now.  We don’t even really use it, because the drawers and doors don’t function well, so it just acts as a catch-all for our junk on top.

And then there’s the door.  Old.  Cheap.  Disgusting.  And yes, it also has brown concrete paint on it. 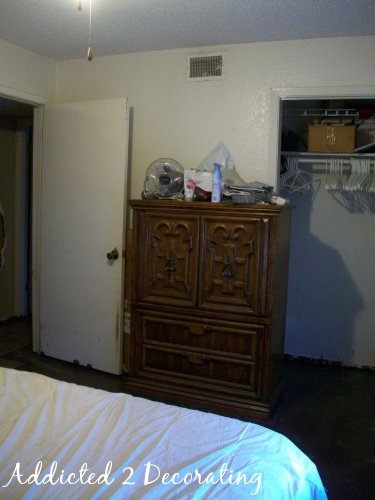 From the door of the bedroom, you can see through to the front door.  In the hallway, my cat is sitting on the washer, and on the other side of the hallway is the closet that I installed the cabinets in to create more storage…that I never finished. 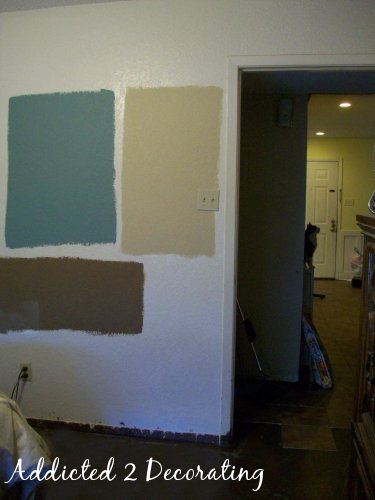 This is Matt’s side of the bed.  He actually has a little table that he piles his junk on.  As you can see, storage is a definite issue in this room. 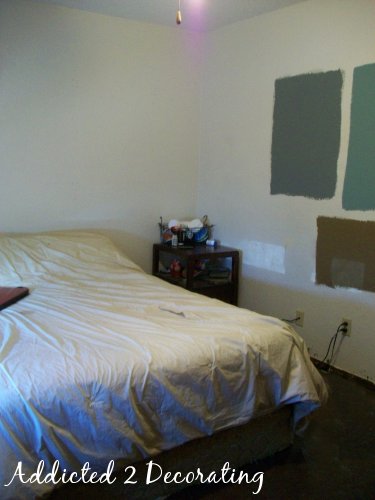 As I mentioned before, during our move from the rental house into our condo, the bed frame broke (or one of the feet was lost), and I just never replaced it.  So our bed has just been sitting right on the floor.  I actually really like the height, so when I build the new base for the bed, I’m going to try to keep it as close to this height as possible. 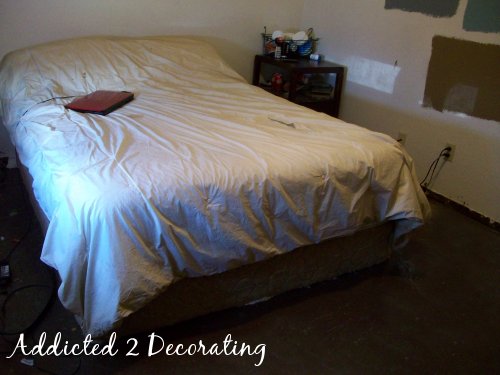 And then there’s our sad duvet.  I’m ashamed to admit that we’ve had this since we got married eight years ago.  At one point it had a duvet cover on it, but I got tired of messing with it and just took it off.  (I’m not a huge fan of duvet covers on beds that are used regularly).  This pathetic duvet has definitely seen better days.  It has a huge rip in it, plus spots where we’ve spilled drinks, where I’ve dropped makeup on it, a huge spot where a bottle of Windex tipped over and leaked.  Yuck. 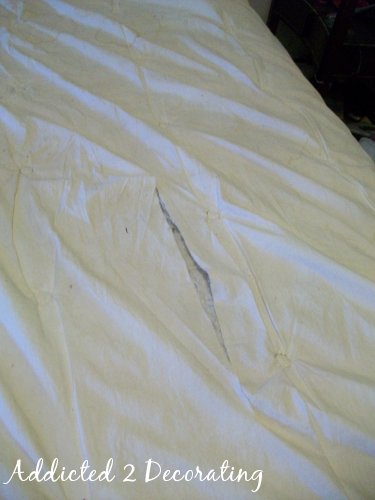 So there it is…my pathetic bedroom.  I’d love to go hide my head in shame right now, but there’s no time for that.  I’m actually going to take one more day today to work on it, so check back tomorrow for my progress!

Have a great day!

Edit:  Matt just asked me what I blogged about today, and I told him that I just showed pictures of our )bedroom in its “before” state.  He scrunched up his face and responded, “Oh, that’s disgusting.”  🙂  Even my decorating-impaired husband, who would be living with all white walls and black lacquered metal furniture if left to his own devices, knows that there’s something dreadfully wrong with our bedroom.  😀 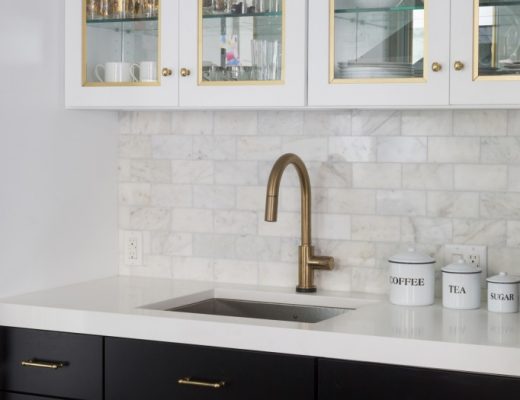 New Plan Of Attack – Remodel And Then Decorate

So, I Got A Little Sidetracked (But Check Out This Progress!!) 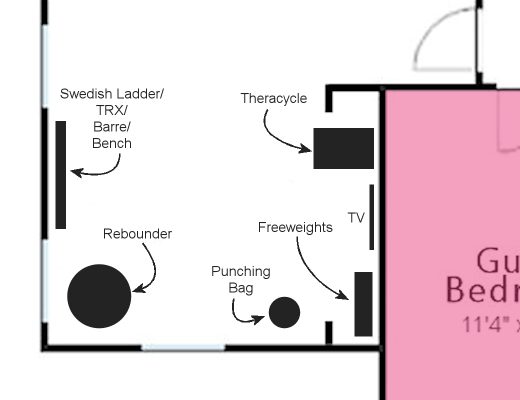 March 1, 2021
Previous Post Tree Branch Drawer & Door Pulls
Next Post So, I Got A Little Sidetracked (But Check Out This Progress!!)