A few days ago, I shared about my love for custom shower curtains that hang almost from the ceiling, have the fullness of a drapery panel, are made of gorgeous fabrics, and sometimes include trims that you would normally see on custom draperies.

A few of you had questions about how to use a liner with these custom shower curtains. So I’ve decided that today, I’m going to share my secrets with you. But let’s just keep this between us, okay? I’d hate for my design secrets to get out into the open. 🙂

>
However, if the shower curtain is going to be used in a guest bathroom that rarely, if ever, is used for showering, then I may choose to use a shower curtain that is pulled back with a decorative tassel, shown here:

So why does this make a difference?

Most of us have busy lives, and the added hassle of having to neatly tuck the liner back behind the shower curtain every day would just be too much. Not to mention the fact that a shower curtain needs airing and drying time after use, so tucking a wet liner behind a decorative shower curtain after use each day would harbor mold and mildew. Definitely not what you want!

So far so good?

Okay, now on to the rods.

I generally prefer to hang my shower curtain and liner on a decorative drapery rod rather than a metal tension rod.

Now of course, because most tubs are built into a niche in the room, with walls at both ends of the tub, that means that I can’t use finials or standard drapery rod mounting brackets. The only parts I use are the rings and the rod. I install the rod using unfinished wood closet pole brackets, available at Home Depot or Lowe’s, and I stain them to match the rod.

Now, if I’m using a decorative shower curtain that’s pulled back with a tassel, then naturally the shower curtain and the liner have to be hung on separate poles. There are a couple of ways I’ve addressed this:

2. I have a 1″ x 6″ piece of wood installed at the edge of the tub area to be used almost as a cornice, and behind that I use two tension rods–one for the decorative shower curtain and one for the liner.

I used solution #2 on this bathroom, and you can see how beautifully it works to hide the tension rods:

And by the way, if you look really closely at the photo just above, you can see the shower curtain liner barely peeking out just to the left of the decorative tassel tieback. Again, the liner is really tucked back there, almost completely out of sight, because this guest bathroom is rarely used for showering.
Here is a close-up view of the cornice that hides the two tension rods:

Alrighty…everyone up to speed so far? Great!! Now let’s move on to the most important part…

How do you get a shower curtain liner that’s long enough to reach almost to the ceiling?

Well, this part requires some sewing, but I promise, it’s not difficult at all.

First, I purchase two shower curtain liners. I DO NOT use the vinyl liners. I use the polyester kind that you very often see in hotels. They’re available at Bed, Bath & Beyond and other bath stores.

I determine the finished height of the liner that I need. Let’s just say, for example, that I want the liner to be 92″ high.

I usually end up with about 72 inches of usable shower curtain.

That means I need 10 additional inches from the other shower curtain, plus an additional 1.25″ for seam allowances (figuring for a standard 5/8″ seam). So on the second shower curtain liner, I measure down from the top 11.25 inches and cut.

Now I sew these two parts together using a flat felled seam. This is the same kind of seam that you see on the side seams of jeans, and it requires no special attachment or sewing machine setting. It’s all just straight line sewing.

I didn’t have time to do a tutorial on this, but it just so happens that there are several tutorials available online for flat felled seams. Here’s a good one, or you can search to find one that makes sense to you.

A flat felled seam ensures that you have no open seams or raw edges. I also think it adds a nice decorative, professional touch.

Alrighty…there you have it! My inside secret on decorative shower curtains and extra long liners.

Now go…make those bathrooms beautiful! Oh, and have a great weekend. 🙂 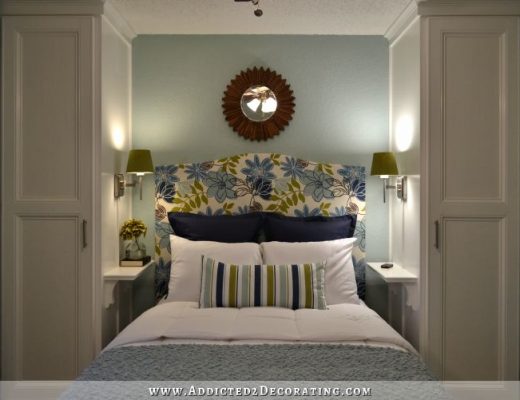 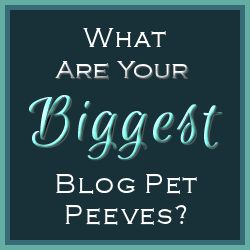 What Are Your Biggest Blog Pet Peeves?

Before & After:: Jaime’s Wingback Chairs

January 25, 2011
Previous Post Out of Curiosity:: Wallpaper Borders, Yea or Nay?
Next Post Master Bedroom:: The Current "Before" State, and the Master Plan