The Ultimate Source For FREE Botanical (and Bird, and Butterfly, and Many More) Illustration Collections

Y’all, I have an amazing source to share with you today!! I just happened upon it somehow, and I feel like I hit the mother lode. So I wanted to pass it along to you in case you don’t know about it.

First, let me back up a bit. Let’s talk about botanical prints and other collections of prints (birds, butterflies, dragonflies, etc.). I absolutely love botanical prints and other types of prints that look like they’re all from the same old book of illustrations, and I really like grids of six or more prints a hung together on a wall. I mean, I’ve seen collections of twelve, or twenty, or even more, and I think it looks amazing.

Anyway, a while back I bought six white frames from Target (these are the ones I bought), with the idea of doing a gallery wall of something colorful to use either in my hallway or in the music room. So I set out to find a series of colorful prints that I could put into my frames. Botanicals? Birds? Something else?

Here’s what I found. It’s pretty easy to find a set of two or three coordinating prints for purchase, but anything above three seems to get challenging. You can often find sets with more than three at places like Ballard Designs, but the selection is terrible (they’ll have exactly six coordinating prints, so if you don’t like three of them, you’re out of luck), and the prices are outrageous ($199 per framed picture for the smallest size available, with no option to purchase just the prints without frames).

But then I came across the most amazing resource ever! It’s a Flickr account (I had totally forgotten that Flickr even exists!) called Biodiversity Heritage Library. Y’all!! If you love collections of illustrations of all types of flora and fauna from books from the 1800s, you will absolutely get lost in this Flickr account.

I started out just looking through their photostream, which you can see here. But with over 1200 pages of pictures (over 122,000 pictures!!!), it would have taken forever to get through those, and about half of them didn’t interest me anyway. Then I realized that you can look at them grouped into albums labeled with the name of the book that the illustrations came out of. You can see those albums here. That’s really helpful because you know that all of the illustrations in the album will coordinate with each other.

Some of the folders only have two or three pictures. Others have less than twenty. But the vast majority, from what I saw, had anywhere from 20 to 100 pictures in each album, so you can easily weed out the ones you don’t like, and still have plenty to choose from.

And let me tell you, they have just about everything you could imagine — flowers, birds, butterflies, dragonflies, snakes, beetles, bees, lizards, bird nests and eggs, all kinds of sea animals, algae, shells, turtles, pollen (sounds strange, but they’re actually pretty!), cacti, mushrooms, seaweed, fish, and more. Sooooo much more!!

Here are some samples of my favorite albums with the links to the specific albums under each row of photos. And like I said, these are just a sampling of what’s in each of these albums. Most of them contain 20+ photos, and some contain 100 or more. I’ll start with my absolute favorite album — colorful birds!

Report on the scientific results of the voyage of H.M.S. Challenger during the years 1873-76

The ferns and fern allies of Wakefield and its neighbourhood

The botany of the Antarctic voyage of H.M. discovery ships Erebus and Terror in the Years 1839-1843

The natural history of Carolina, Florida, and the Bahama Islands

British bees: an introduction to the study of the natural history and economy of the bees indigenous to the British Isles

Favourite flowers of garden and greenhouse

The botanist’s repository, for new, and rare plants

The book of butterflies, sphinxes and moths

Catalogue of shield reptiles in the collection of the British Museum

The Coleoptera of the British islands

The Cactaceae : descriptions and illustrations of plants of the cactus family

A description of the genus Pinus

A popular history of British sea-weeds

The poisonous snakes of India

If you click over to any of those albums, you’ll notice that the color in my pictures above is different from the original. Some of those original pictures are so brown and dark because of the age of the books they came from. I do like a bit of age showing on the pictures, but not quite as much as most of those have. So I just pulled up the pictures in my photo editing program and edited the white balance (a one-click fix) on the photos to remove some of the darkness and aged brown appearance.

Downloading the pictures is very easy. When you’re in an album and you see a picture you want, just click on the picture and it’ll bring up a larger version. Then look just below the picture on the right side of the screen, and you’ll see an icon that is a down arrow with a line under it. Click that to download. I like to download the original size (which is usually larger than I need) and then use my photo editor to crop and resize to the exact size I want. If you don’t have photo editing software, you could use an online program like Picmonkey and sign up for a free trial.

All of the photos have a Creative Commons attribution, which means that you’re free to share and adapt the pictures. But of course, most of us would just want to print them out, put them in frames, and hang them on our walls. That’s perfectly fine to do.

Like I said, the sampling above just barely scratches the surface. Again, there are over 2500 albums with a total of over 122,000 pictures. There’s sure to be something there for just about everyone’s taste. But fair warning. Don’t click over unless you have at least an hour of free time. Once you start looking through those albums, it’s easy to lose an entire afternoon. Ask me how I know. 🙂 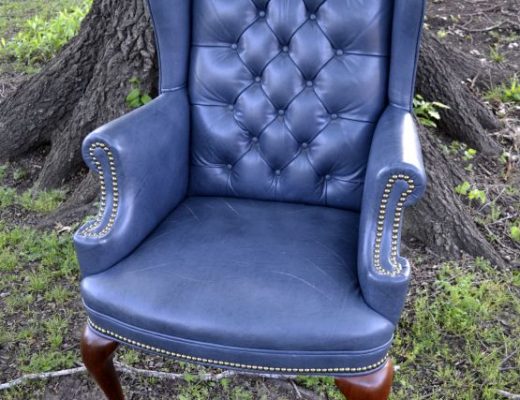