I thought this project was going to be one of the easiest I’ve done in a long time. Seriously. Easy peasy.

After all, Shannon at Fox Hollow Cottage made it look very easy! She brushed some paint on a glass bottle, let it dry, sanded it a bit, then embellished the bottle.

It doesn’t get much easier than that. 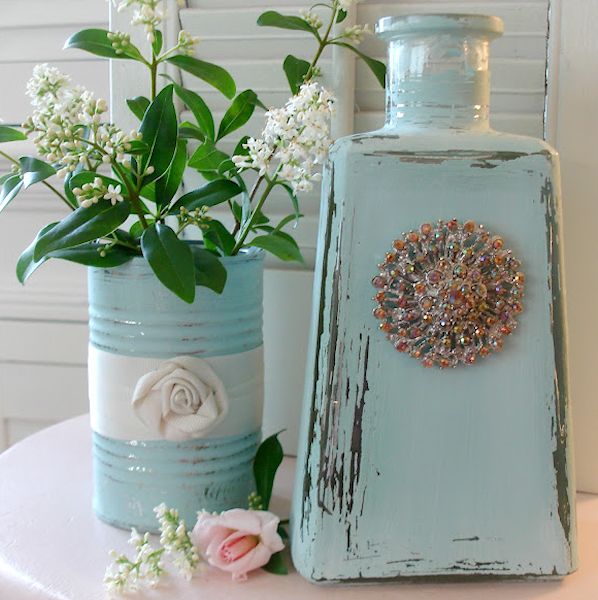 Several years ago, I had purchased a set of decanters at a yard sale because I loved the shape, but I’ve never really used them. So I thought that a little painting and embellishing would be the perfect thing to do with them!  I gathered paints that I already had…and that I was sure would work on glass.  First up, Annie Sloan Chalk Paint in orange (can’t remember the exact color). 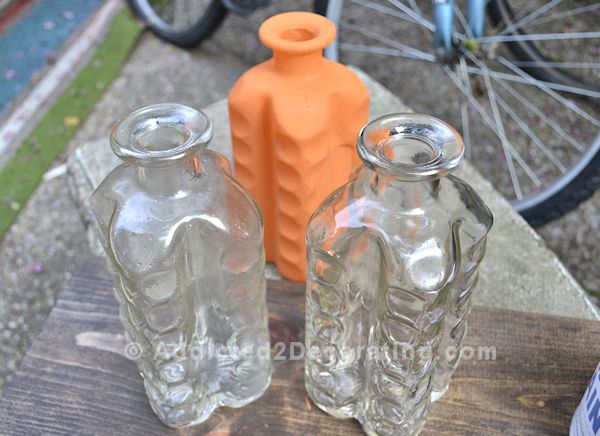 Then green and turquoise in Martha Stewart craft paint. 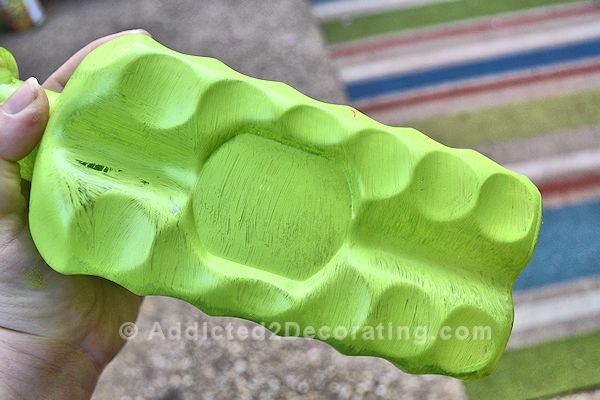 No problem, right?  I could just do a second coat.  And that’s where things went horribly wrong.  As I was brushing the second coat on, it would pull up the first coat of paint in places. 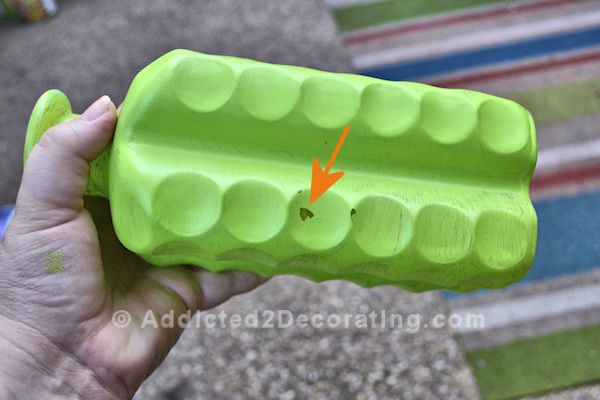 The ASCP did the absolute worst.  The Martha Stewart craft paint did a little better, but it wasn’t great.

So then I tried to wash the paint off.  The ASCP came off very easily.  The Martha Stewart paint…not so much.  I got about this far on the bottle, running it under water while using sandpaper, and then I finally gave up.  It just wasn’t coming off easily.

So I gave up for the time being (since my attitude wasn’t the best by that point…LOL) 😀 , and decided that I’d just wait until today to finish cleaning the bottles and start over.

Big mistake!  The MS paint has now “set” on the bottles.  I tried scratching some of it off with my fingernail this morning, and the paint didn’t even budge.

So, that’s a big ‘ole fail for me.  And just goes to show…sometimes the seemingly simplest projects don’t always work out.

I won’t give up completely.  I’ve held on to these bottles for about five years now because I really like them.  I just have to figure out where I went wrong.  I certainly won’t try ASCP on glass again.  And I think with the MS craft paint, I just didn’t let the first coat dry long enough before I tried to put the second coat on.  My impatience cost me valuable time.

Have you ever painted on glass with a brush…with success?  How did you do it?  I’ve only ever used spray primer and spray paint on glass, and it worked well, but this was my first time trying to use a brush.

And have you ever had a seemingly easy project go horribly wrong?  Tell me about it!