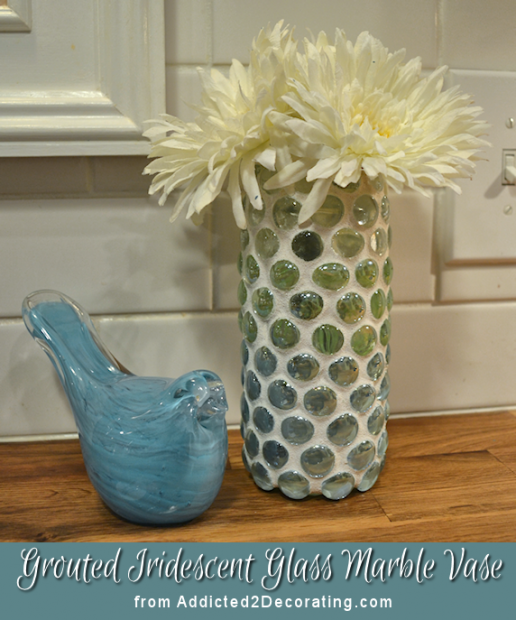 I’ve mentioned several times that I have a hard time throwing out glass jars.  I don’t know why, but I always think I can put them to good use, so I hold on to them.  I have a cabinet full of everything from big pickle jars to small salsa jars.  It’s  just so easy and convenient to embellish them and use them as vases, candle holders, pencil/pen holders, desk organizers, etc.

One of my very first projects that I ever did for my blog was a glass marble vase made from a mayo jar.  Ever since then, I’ve wondered what it would look like to grout in between the glass marbles.  So I decided to give it a try, and I really like how it turned out!

My original idea was to use it as a hanging lantern with a candle inside that would shine through the glass marbles.  Turns out that a candle isn’t really bright enough to make the impact that I had hoped for.  I would imagine that a small strand of battery powered lights would do the trick, but I didn’t happen to have any on  hand.  So instead, I turned my attention to making a little grouted glass marble vase.

The process is quite simple.  Start with a clean glass jar, decorative glass marbles (the kind that are flat on the back), and a hot glue gun. 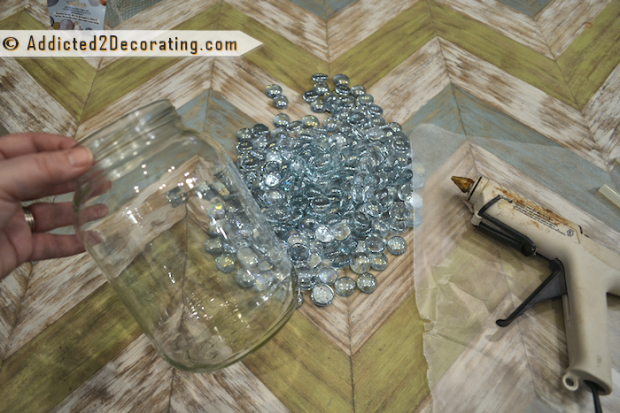 I hot glued the marbles to the jar using plenty of hot glue so that no bubbles or voids would show through the glass marbles. 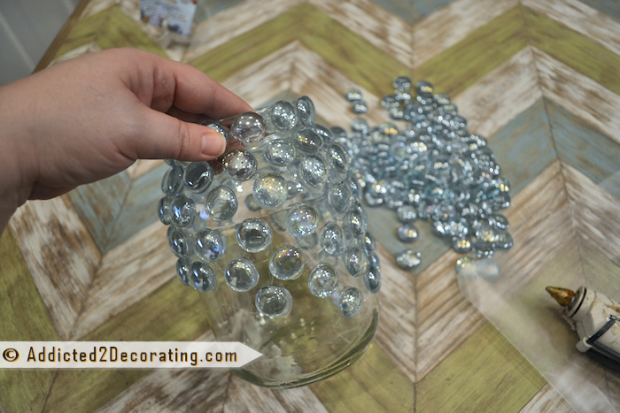 Since I originally wanted to make hanging lanterns, I used some craft wire to make hanging doodads for the sides so that I could attach a chain.  I hot glued these directly to the jar. 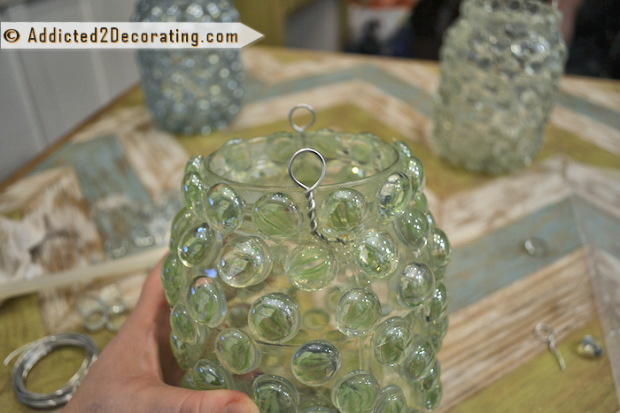 And then, I grouted.  I placed the jar upside down onto a drinking glass to make it easier to turn while grouting.  I learned that the bigger gaps between the glass marbles made it more difficult the grout.  So when I used the smaller jar to make a vase, I placed the marbles right next to each other, and grouting was a bit easier. 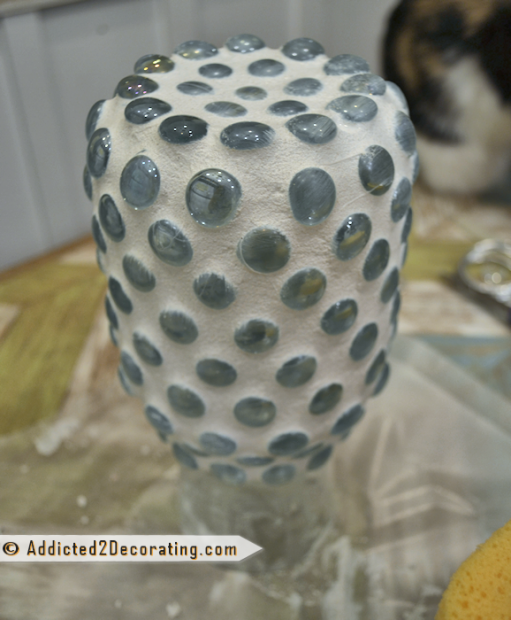 On the lantern, I attached a small chain that I purchased at Home Depot.  I’d really love to see how it looks at night with a small strand of lights inside.  I can imagine using several of them on a covered patio in the spring and summer. 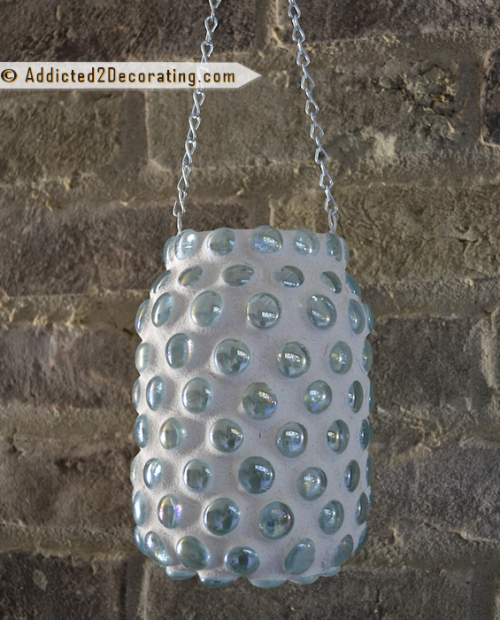 But I definitely liked the little vase better.  I used a tall, skinny tahini jar for it.  I think I’ve purchased olives in a similar jar. 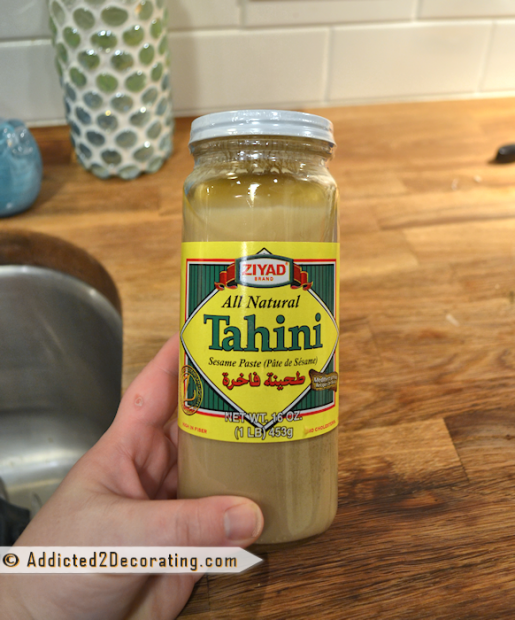 On the small vase, I also decided to mix the colors of the marbles, starting with white at the top, green in the middle, and blue at the bottom. 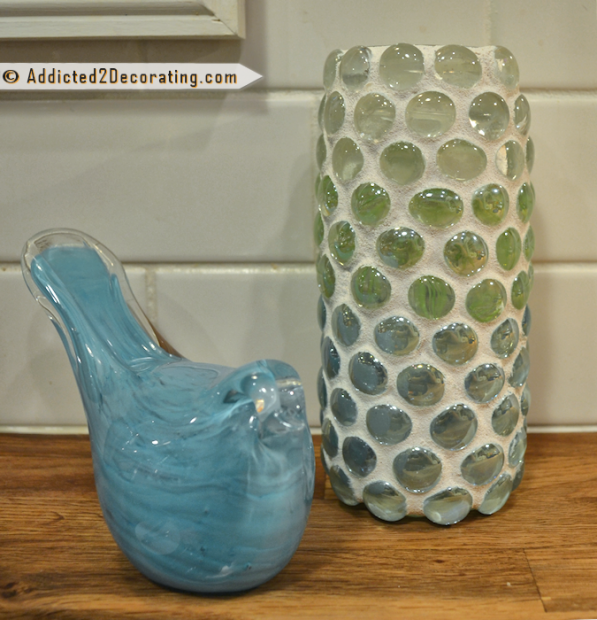 I really love how the light plays off of the marbles.  It’s really more beautiful in person.  I couldn’t quite capture the effect in a photo. 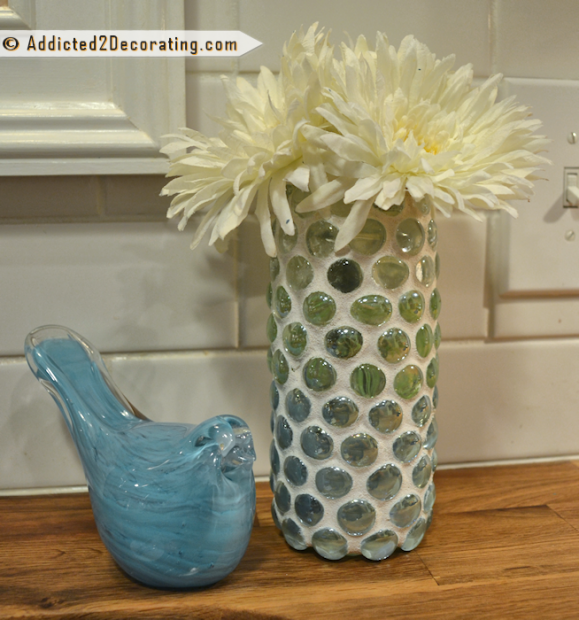 And of course, it can be used as a candle holder also.  But you can see here how the effect isn’t quite as dazzling as you would hope.  I wanted the whole thing to be lit up, but that’s impossible to do with a tiny little candle. 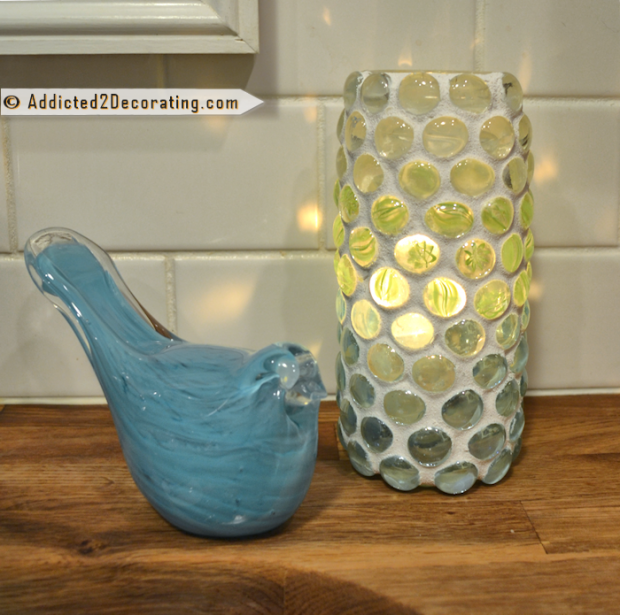 I think in the spring, I might give this another try with the bigger jar/lantern idea.  And right now is the perfect time to get my hands on some tiny strands of battery-powered lights! 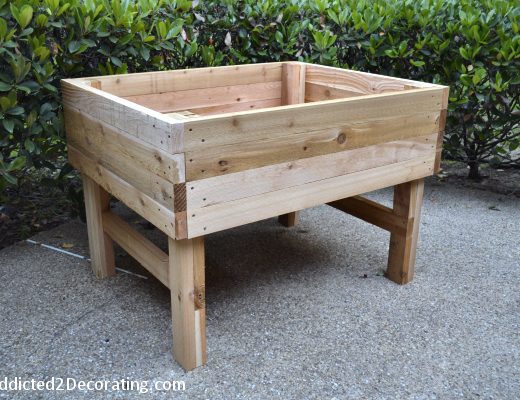 How To Build An Elevated Garden 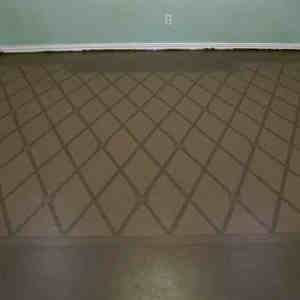 The Concrete Floor Diaries, Day 5 & 6 (and clarifying what it’s NOT)