Hello!  This morning I wanted to stop in and share some quick updates in J & A’s kitchen and family room.  First up, the bookcase and fireplace.

When I last showed you, this is what it looked like.  Most of the fireplace had bright white primer on it, but the hearth hadn’t been primed, and the bookcase was still the original orange-brown oak. 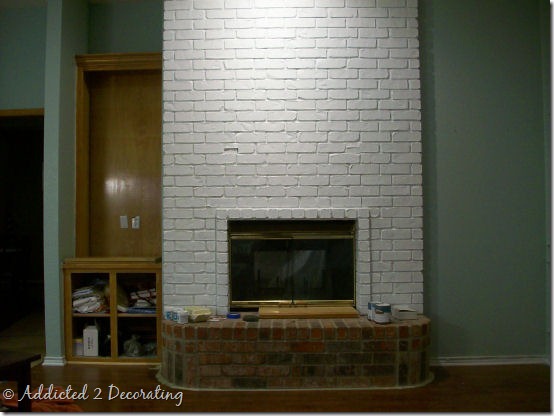 So I painted the bookcase in the wall color, and gave the fireplace a coat of very light gray.  Here’s how it looks… 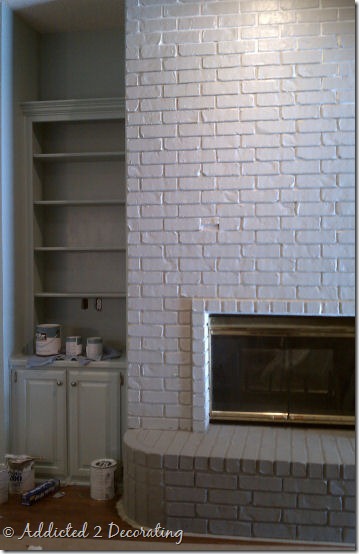 Quite an improvement, right?  The bookcase is definitely less of a distraction now that it’s painted in the wall color.

So then I had this brilliant idea that I would also paint the bricks that frame the fire box in the same darker gray.  It looked great in my head, but in reality, I don’t love it… 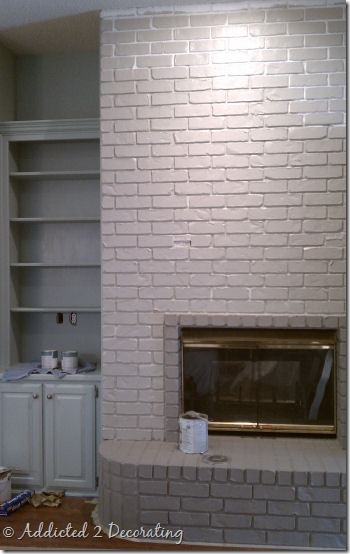 Hmmm…I just don’t know.  It’s very subtle, which I like.  But it’s just not what it looked like in my mind.  What do you think?  Oh, and in the picture above, you can see at the top of the fireplace (where I couldn’t reach) where it’s still white.  See how light and subtle the gray color is?  It’s a really pretty, soft gray.

Painting the fireplace actually went pretty quickly.  I first used a roller on all of the flat(ish) surfaces, using the biggest, fluffiest roller cover I could find… 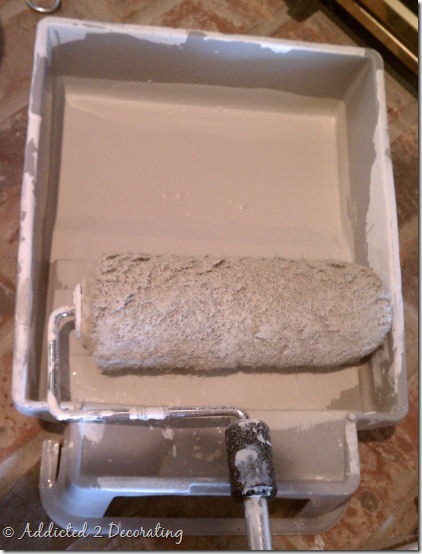 I mean, that thing worked amazingly well, getting down into all of the little pits and crevices in the actual bricks.  Unfortunately, it didn’t get into the spaces between the bricks, so those had to be painted by hand.  It really wasn’t that bad, though.  Now if I can just find a ladder that’s tall enough, I can finish the job!

Now I know a lot of you suggested that I put a bookshelf on the other side of the fireplace to balance it out.  Well, that’s not possible.  It wasn’t visible in the pictures I previously posted, but you can see here that that’s where the door to the garage is. (I have no idea why the sunlight turned the wall purple.  I promise, it’s not purple.) 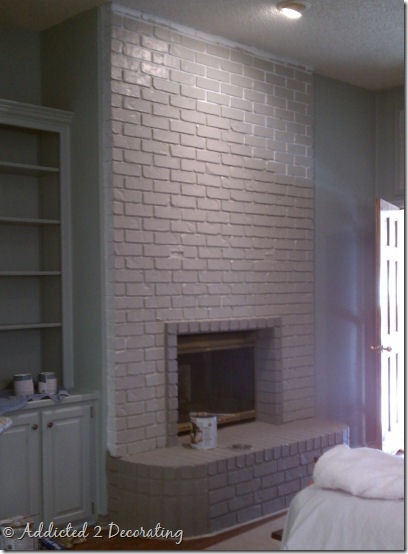 Anyway, let’s move on to the kitchen progress, shall we?

The granite and the backsplash are in now.  Woohoo!!  The kitchen is inching closer and closer to wards the finish line. 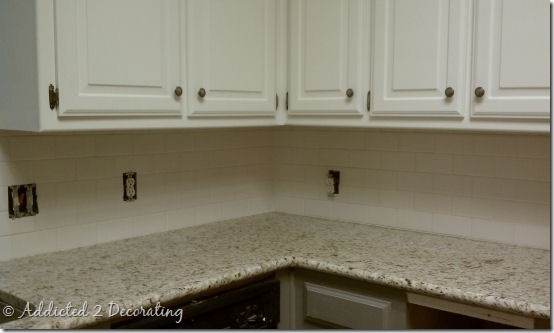 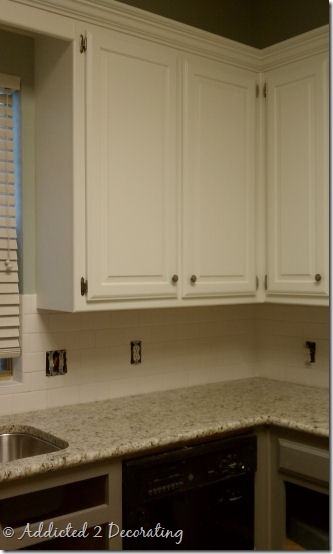 Sadly, I had to take pictures with my cell phone, because I accidentally left the SD card for my camera plugged into my computer.  Boo.  But of course, when everything is finished, I’ll get my awesomely talented photographer to take really super nice pictures of the kitchen.  ‘

A couple of you asked how they were going to deal with the drywall that was really beaten up after removing the tile backsplash. 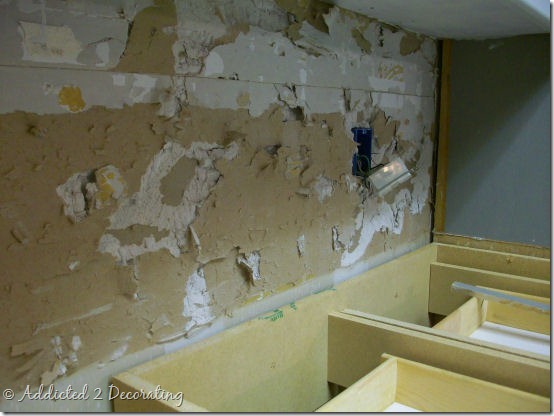 There are actually two ways you can deal with it. 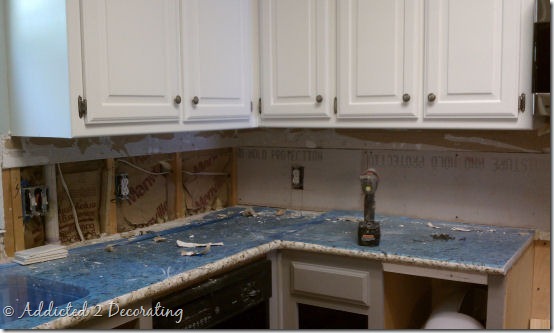 Well, I’m headed out again.  Today, the plumber will come and hook up the sink, the oven will be put back into place, and the outlet covers will be installed.  Oh, and I’ll install the lower cabinet doors!  I’m so excited to see those installed, but boy am I glad that the granite guy suggested that I wait until the granite and backsplash were finished.  Unfortunately, I forgot to remove the drawers, and now I’ve got some touching up to do.  Oh well…it’s a process.

Have a great day! 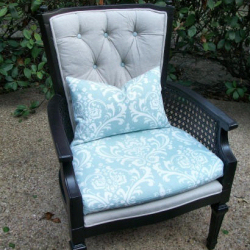 How to Reupholster An Occasional Chair With Tufted Back 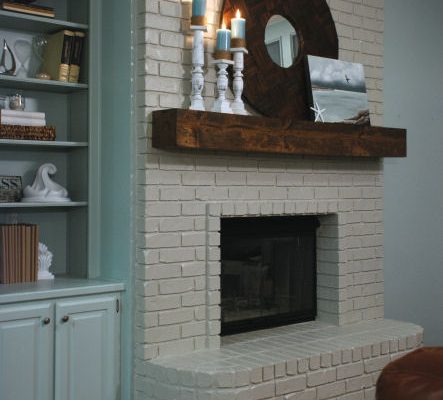