A Major Fear Of Mine…Conquered For Good!

Well, my friends, I pushed myself too far, so I had to take a break from hammering away at tile.  When I overdo it on repetitive motions, like hammering away at tile for days on end, I develop a painful condition in my arms.  I’ve never gone to the doctor for it, because I don’t really do the whole medical doctor/allopathic medicine/pharmaceutical thing.  Plus, the cause seems blatantly obvious, and therefore the treatment (rest) seems pretty obvious as well.

But from what I’ve read, it’s called ulnar neuropathy or ulnar entrapment.  It’s something I’ve dealt with for at least the last 15 years anytime I really overdo the strenuous, repetitive work (i.e., over days, not just hours) with my arms.  The pain starts in my armpits and travels down into my elbows, which have a constant dull throbbing pain, and then into my wrists.  But the most frustrating part of it is that my arms fall asleep very easily, especially from my elbow, into my wrist, and into my small fingers and ring fingers.  It especially affects me at night when I’m trying to sleep, because I’m a side sleeper.  But any pressure on my arms causes them to fall asleep, and it’s that dull, throbbing, painful kind of falling asleep.  So while my arms are asleep, I’m wide awake.  It always goes away with rest, but I’m generally not so good at resting.

So in the meantime, my brother-in-law Bill came over and helped me put new wiring in the bathroom.  He’s the one who helped me update all of the wiring in my kitchen, and I love having his help because (1) he really knows his stuff, and I feel completely confident with him doing the wiring, and (2)  he doesn’t  just push me aside and do the work for me (which I’m sure would be much faster and less frustrating for him), but he actually teaches me along the way.  He always draws these awesome diagrams that he leaves with me so that I can really learn the process and have something to refer to later.

This bathroom was in desperate need of new wiring (as is the whole house, other than the kitchen, and we’re updating them one room at a time as I work on them).  The bathroom had one light switch that controlled the ceiling light.  And that’s it.  The vanity light was always hot (i.e., no light switch to control it), and could only be controlled by the pull chain. 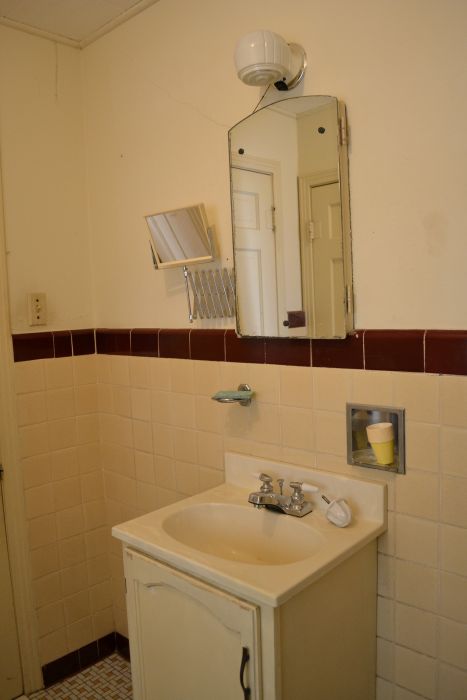 And there wasn’t one single outlet in this room.  So I’ve been blow drying my hair in the hallway.  Yeah…that’s convenient.  😀

Now that I have new wiring, things will be much more convenient.  Everything is controlled by a switch, and I have a new GFCI outlet in here.

But this post really isn’t about new electrical stuff as much as it is about me conquering a major fear of mine — my fear of my attic.  If you’ve been around here a while, you might remember me sharing about my fear of my attic a while back while I was working on my kitchen.  There was one point during the kitchen remodel when I had to go up there while my brother was over here helping me, and I felt like I was in a complete panic the whole time.  When I climbed out of that attic, I vowed never to go up there again.

I really can’t explain my fear or why it was there.  I guess I’d call it a phobia, because while I realized that it was a completely irrational fear, I couldn’t rid myself of it.  The thought of going into my attic made me want to cry, so I just avoided it.

So when Bill and I got started on this electrical work, and he said, “Okay, the first thing we’ll need to do is track the current wires and see where they’re coming from and where they’re going, so I’ll stay in here and guide you, and I’ll need you to go in the attic….,” I PANICKED!!  I didn’t really hear a single word he said after that.  I could feel my heart beating harder and everything kind of went blurry.

He could obviously see the fear on my face, because he said, “Or, I could go up there with you.”

I wanted so badly to just beg him to do it all himself, but I knew I had to deal with this head on.  And I’m a tiny bit less fearful when someone else is here with me (like my brother Rod, or my brother-in-law Bill — someone other than Matt, who wouldn’t be able to come to my rescue if I needed help.)

So I strapped the head lamp to my head, and climbed the ladder up into the pitch black darkness that was my attic.  I could feel my legs wanting to turn to Jello beneath me.  They were shaky and unsure, which is a bad thing when you’re having to be careful of where you step lest you step in the wrong spot and come falling through the drywall to the floor eight feet below.  I just moved very slowly, and deliberately, taking way longer than I should have to get from point A to point B.  But I never once felt like he was getting impatient with me, so that helped to keep me calm.

Long story short, I did it.  We got the job done, and I made it out alive.

But that’s not where this story ends.

While Bill was here, I asked him about the possibility of adding lights to my attic.  Of course, I was hoping he’s day, “Oh, sure!  Let me do that for you right now,” but I knew he didn’t have time.  He assured me that it was a very simple wiring process, and drew two very detailed diagrams showing me exactly how to wire them.

So when Bill and Cathy (my sister) left my house, I didn’t even give myself time to think about it, because I knew I would talk myself out of it.  I got in my car, and headed to Home Depot to get all of the supplies I needed to wire up some lights in my attic.

When I got home, I saw that Cathy and Bill had returned to my house while I was gone, and had left me a present.  They bought me an entire tool kit filled with electrical tools!  I was blown away, and knew that I had to put them to good use.  So after taking about 30 minutes to organize my new tools and tool bag, I put the headlamp back on, grabbed the diagrams that Bill had drawn for me, and climbed into the attic with all of my supplies and new tools.

I can’t express to you how big of a step this was for me.  This was my first time ever venturing up into my dark attic without someone else (besides Matt) here with me.  I knew I was on my own completely on this one, and I just tried to put it out of my mind and keep my mind on the task at hand.  It took me forever to get all of my tools and supplies over to the starting point, because my legs were so shaky, and those tools and supplies felt like they weighed about 200 pounds.  (Obviously they didn’t, but fear does strange things to the body.)  But I finally made it with all of my supplies to where I needed to go.

I was up there for about 2.5 hours, with nothing but a small head lamp lighting my way.  I won’t say that I ever started feeling completely comfortable up there, but the fear did subside over time.  And most importantly… 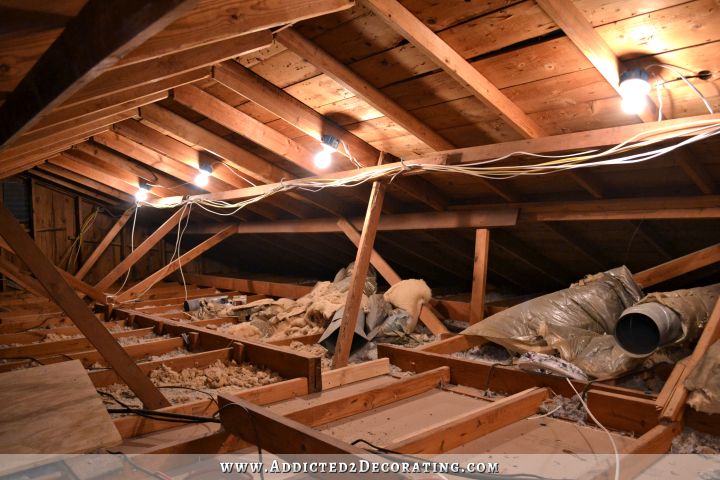 I put up a a total of six light, and I did the whole thing, from the breaker box, to the light switch, and everything in between.  By myself.  In my dark attic.  Alone.

I honestly don’t think I’ve ever been prouder of myself.  I know some of you are probably thinking how ridiculous I was for even being scared of my attic in the first place, but I’m sure we can all relate to the irrational fear/phobia issue on some level.  And let me tell you, there is such a feeling of freedom that comes from facing a fear head on and conquering it.  And I did it!  And because I did it, I won’t really ever have to face that dark attic again, because now I have plenty of light.

Of course, now that I can actually see the state of things up there, I will have to now deal with that shocking lack of insulation.  🙂

Just kidding.  That wasn’t a surprise.  We’ve known about that since we had the house inspected before we bought it.  That’s on my “to do” list.  But before I put in new insulation, I need new drywall on the ceilings.  Then an HVAC system.  And then new insulation.  Hopefully all of that can happen before the summer heat gets here. 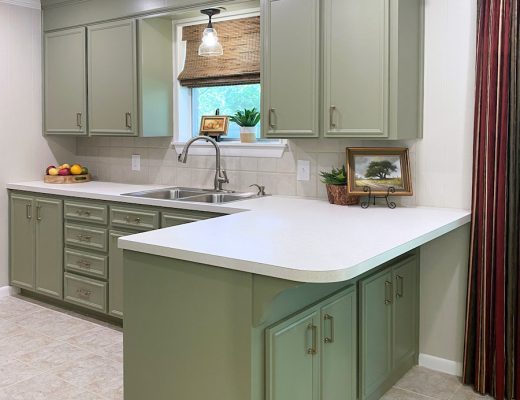 January 11, 2020
Previous Post How Much Do I Love My Husband? This Much...
Next Post What Lies Beneath The Rubble (And Why I'm Thankful For A Rotting Subfloor)