My Experiences Dying Fabric (or, When Fabric Stores Go Empty And You Have To Take Matters Into Your Own Hands)

So my options at this point seem to be (1) spend hours online shopping for just the right colors, ordering swatches, and waiting for those to arrive, or (2) dye fabric to the colors I need. Since option 2 gives me faster results (and I have plenty of extra fabric in my stash), I decided to try to dye the fabrics I need for the new pillow covers in the sitting room.

I was able to reuse two of the pillow covers I already had on the benches in that room because they were this cream chevron chenille fabric.

Here’s a close-up of the fabric…

I wanted these to go from cream to orange, and the fabric is 100% polyester, so I got some Apricot Orange dye for synthetics. I meant to pick up some yellow for synthetics, but forgot, so I had to use the Lemon Yellow I had purchased for another project.

I followed the directions on the bottle and heated the water to just under boiling, added some dishwashing liquid, and added the dyes in about a 1:1 ratio. Then I put the pillow cover in and stirred it around for a few minutes

I didn’t want it to get too dark or saturated, but it’s also important to keep in mind that when the fabric is in the dye bath, it’s going to look much darker than it will once it’s all finished.

So here’s how the orange pillow cases turned out once they were thoroughly rinsed and dried.

I thought those turned out pretty good! I still would have preferred the orange to be more on the yellow side instead of the red side, but these will do just fine.

Next, I wanted a deep purple/eggplant color, so I decided to try dying this blue polyester velvet that I had in my stash.

On their website, Rit Dye has recipes for probably hundreds of colors. You just have to know which dye you’re using (the one for synthetics or the all-purpose dye), and then search for a color you like, and it’ll tell you the recipe. I found this eggplant color that was exactly what I wanted.

I had to adjust the amounts because I don’t have a pot big enough to hold three gallons of water. The biggest one I have is eight quarts (two gallons), so I adjusted the recipe accordingly.

This velvet fabric looked so pretty in the dye bath, but check out how differently the back of the fabric looked from the front. The back was really red, while the front turned the deep eggplant color.

But then when I got it out and rinsed it, so much of the red rinsed out of both the front and the back. That wasn’t necessarily a problem for my room since my benches are a pretty toned down bluish purple. So I was hopeful that it would still work.

What I didn’t anticipate is that the end result would be a crushed velvet. Have I ever told y’all how much I hate crushed velvet? 😀 And once you crush a velvet, there’s no going back. So while the color was very pretty and eggplanty, there was just no way I could ever live with this.

So I went back to my stash and pulled out the scraps from the purple curtains I made a while back for the living room. This is a heavy woven fabric, and while it was already purple, it wasn’t deep enough for me.

So I mixed the exact same recipe (this fabric is a blend of natural and synthetic), and put it in for just a few minutes. The dark purple pillows that were here before were so dark they almost looked black. I didn’t want that to happen to this fabric, so I stirred it around in the dye bath for less than five minutes. Here’s how it turned out…

I was very pleased with how that one turned out. It’s brighter than the bench, but I’m okay with that. It actually looks brighter in the picture than it appears in person.

And then finally, I wanted some pink fabric that was a lighter version of the curtain color. Joann Fabric didn’t have any solid white cotton decorator fabric (or any other kind of white decorator fabric), so I ended up having to purchase a plain white cotton curtain panel next door at World Market.

Then I looked up a recipe for the exact color I wanted, bought the colors for the recipe, and then forgot to save the name of the color or a screenshot of the recipe to my phone. Ugh. So I decided to just mix all three colors in equal parts and see how that looked.

It turned out really bright, so after rinsing the fabric, I dumped the original dye bath and then did another dye bath with just a little bit of Graphite in it to tone down the color. It didn’t take much Graphite at all (I could still see the bottom of the pot through the water), and I stirred it around for less than a minute, but that’s all it took to tone it down.

The color turned out perfect. Check it out next to my rug.

And just as I had hoped, it looked like a less saturated version of the curtain color.

The mistake I made was that I put the entire curtain panel (which was not a terribly thick cotton) into the dye bath all at once, so it couldn’t move around freely in the water like the smaller pieces of fabric could. And that left me with some areas that weren’t dyed evenly.

I bought two curtain panels (I figured I’d have some trial and error), so the next time, I’ll cut the panel into pieces the size I need for the pillow covers, and I’ll also leave it in the dye bath for a shorter period of time so that it’s lighter than this one. This one is still a little too saturated compared to what I had envisioned. But at least I got the recipe right, so there’s no guess work there!

I still need to sew the purple and pink pillows, and since I have some scraps of the velvet curtain fabric left, I think I’ll try to incorporate that into the pink pillow covers once I get the fabric just right.

So it’s been an interesting adventure. It definitely took a shorter amount of time to dye my own fabrics than to spend hours online searching for fabrics in just the right colors, ordering swatches, waiting for those to arrive, selecting the ones I wanted, making my purchases, and waiting for those purchases to arrive. But dying my own fabrics is probably not any faster than purchasing ready-made pillow covers from Etsy. Ready-made pillow covers can be quite pricey, though. The orange ones I really wanted from Etsy were $100 each, and I can think of a thousand other things I can and should spend $200 on right now. So buying two bottles of dye at $5 each gave me the orange pillow covers I wanted for $190 less than the orange Etsy pillow covers would have cost. (They really were a beautiful orange velvet, though!)

Is this something you would try? And how are the fabric stores looking in your area right now? Are decorator fabrics getting harder and harder to come by in your area as well? 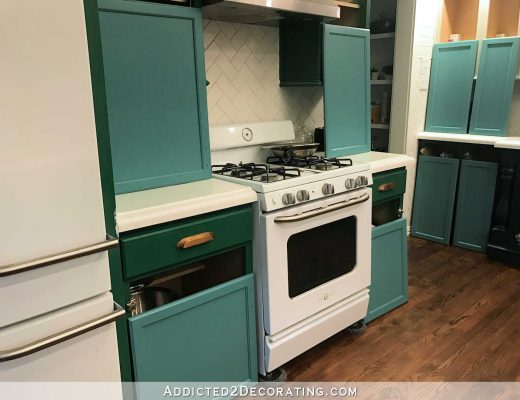 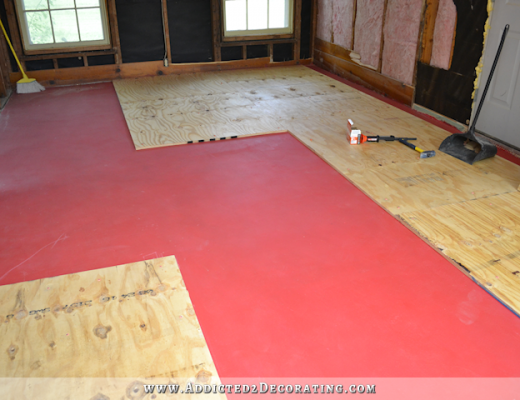