My House Hates Me

Y’all, will you indulge me for a few minutes while I whine and pout like a spoiled little girl?  I know that my house troubles aren’t unique to me.  I’m certainly not the only person who has ever had furnace issues, or plumbing problems, or electrical issues, or trees that need a serious trim.

But that certainly hasn’t stopped me from wallowing in self-pity over the last 24 hours.

Let me explain why I’m wallowing this morning.

At this moment, I want one thing, and one thing only.  I want to have our foundation leveled.  It’s the one single thing that I’ve desperately wanted to plunk down a wad of cash for ever since the moment we closed on the house.

Right now when you walk through the house, you can feel at certain spots where you’re literally walking uphill and downhill.  Trust me…no level is needed to see if the floor is uneven.  You can feel it, without question.

We actually get quite a kick out of it sometimes.  Matt will roll up to me in his wheelchair to talk to me about something, let go of his wheels, and just start drifting backwards.  We laugh.  We make our jokes about it.  We laugh when guests are here, and he shows them how unlevel the floor is.  We all get a kick out of it.  Ahhh…good times.

But I want it fixed…immediately.

It happens with old pier and beam houses, and it’s fixable.  But of course, the fix costs money.

And I can’t really dig into this house and get stuff done until the foundation gets leveled.

You know how I want to add wainscoting to the living room and our bedroom?  (I want to do something similar to this tutorial on This Old House.) 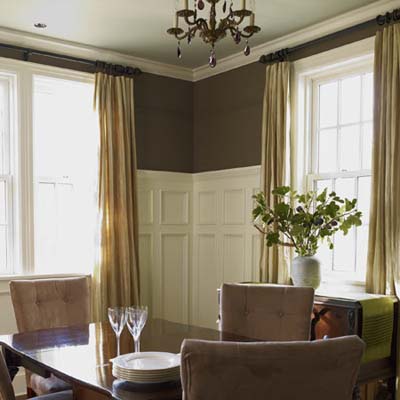 I’d also love to replace the trim around all of the windows and doors, starting with the living room and bedroom.

I can’t do that until the foundation is level.

I’m so unbelievably anxious to rip down all of those polystyrene ceiling tiles and see what’s hidden behind them. Chances are that some or all of the ceiling will need to be re-drywalled.

I can’t do that until the foundation is level.

But every time we think, “It’s time!  We can get the foundation level!” another issue arises, whether it’s having trees trimmed, or parts needed for the furnace, or electrical upgrades so that I can actually use my dryer.

The latest?  Plumbing.  More stinking plumbing.  We’ve already spent $1500 having the pipes coming into the house replaced.  (Yes, I realize $1500 is quite a steal of a deal for that much plumbing, but remember…I’m pouting like a spoiled child right now, and if you’ve read this far, you have, by default, agreed to indulge me.)  😀

Now the issue is the pipe(s) going away from the house.

The culprit?  Roots.  My beautiful oak tree has turned against me. 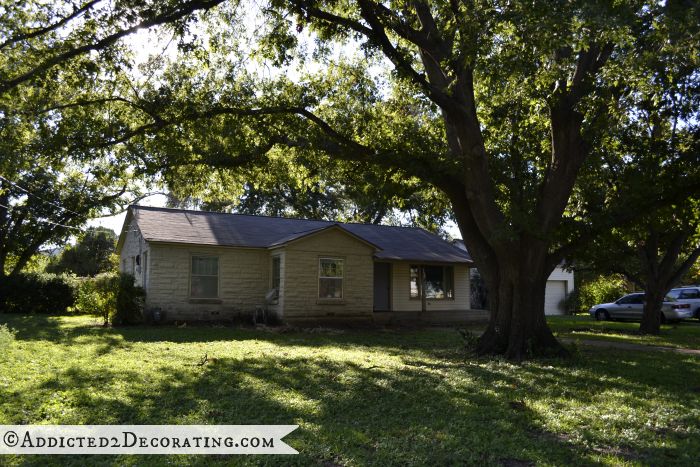 And because its roots are blocking the line, it causes nastiness like this in my bathtub.

(Turn away now if you have a weak stomach.  Seriously.) 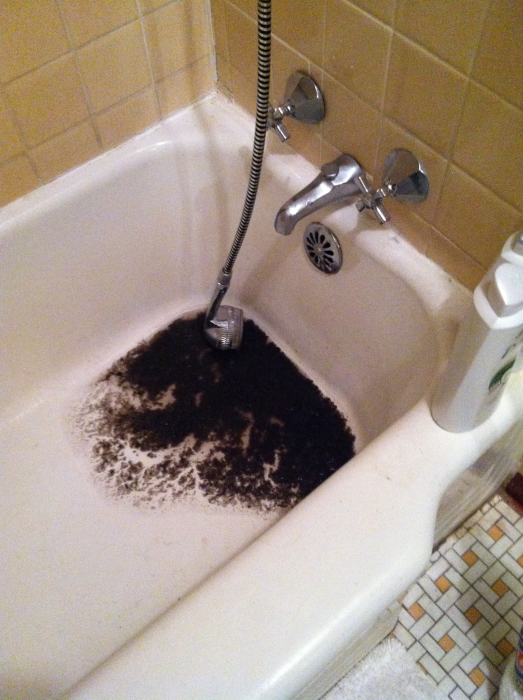 Interestingly, it didn’t look or smell like sewage.  It looked like dirt.  And when I would run water in the kitchen sink, the tub would back up even more.

Anyway, after my sister Cathy and brother-in-law Bill came over to try to help me out (with no success…obviously…because the problem ended up being roots and not just a random clog in the line), I decided to give Liquid Plumber a try.

And here’s my public service announcement…

Don’t ever use Drano or Liquid Plumber if you have an old house with old metal pipes.  Never.  Just don’t.  If you have a bad enough blockage and that stuff sits in the line, it will eat right through that old metal.

And that’s exactly what it did under my house.

So the plumber replaced the pipe under the house.  That was the quick, (seemingly) easy, and surprisingly inexpensive part.

But it still wasn’t draining properly.

So they went out to the front yard, and searched for a cleanout so they could snake the pipe.

And searched some more.

What they did find was that evidently the pipe has been snaked before, but because there was no cleanout, someone just literally carved out a big 5-inch-long hole in the top of the buried pipe and then tried to cover it with some PVC.

Such a big mess.

Once more, my house leveling has been postponed, along with all of those projects that have to wait until the house is level.

And so that, my friends, is why I’m pouting like a spoiled child.

And wallowing in self-pity.

Because all I want to do is decorate. 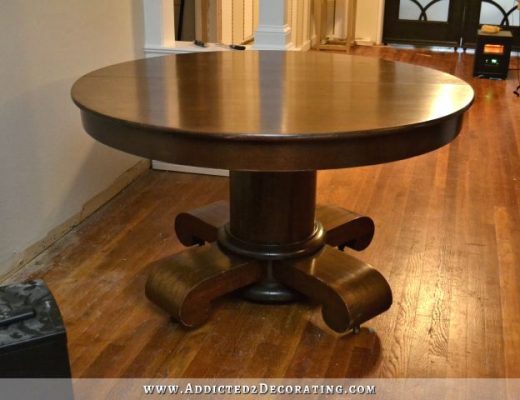 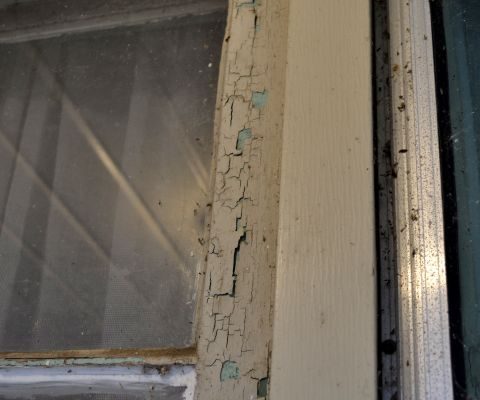 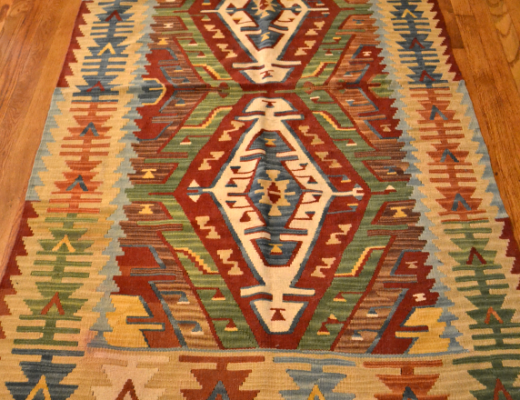 My Turkish Kilim (a.k.a., My Soon-To-Be Ottoman or Headboard)