Since I’m not able to get the trim I need for my original bathroom vanity and storage cabinet design that I wanted, I had to come up with a Plan B. It’s always a little disheartening when you’re designing a room and you have your heart set on something, and then you have to move to a Plan B because that generally requires settling for something that’s a bit less than what you originally wanted.

I really wanted to take my time and search for an idea that wouldn’t make me feel like I was settling. After all, we’ve already poured tens of thousands of dollars into this master bathroom, and I’d rather not get to this last big project — the project that will span a 12-foot-long wall — and feel like I had to settle for second best. I didn’t want to feel that slight twinge of disappointment every time I walk into that room.

The good news is that I’ve found it. Yes, this is a Plan B, but I actually don’t feel at all like it’s second best. And the best news of all is that I already have everything I need to make this style of drawer front.

So here’s the new design. This is from Sean’s Woodworking.

I love this!! It’s definitely on the streamlined and modern side, where my original design was decidedly more traditional. But I really love this. It gives me the trimmed look around the drawers that I like, while the narrow frame keeps it from looking “farmhouse” like the wider framed cabinet doors and drawers look (to me). And I do love that clean look. I think these will be a great juxtaposition to the traditional turned legs that I’ll be using on the vanities.

And last night as I was getting into bed, I realized that this style looks a whole lot like the drawers on our bedside tables…

Those are a little harder to see since they’re a solid white, but they have that same thin frame around them. The frames around the drawers will be much easier to see in natural wood since the wood grain will show. But seeing this detail on these bedside tables did confirm to me that I’ve already liked this style enough to put it in our home.

Also, about a month ago, I was checking out the BOXI by Semihandmade website, thinking that those cabinets might be an option for the studio. Since then, I’ve decided against that option. But at the time, I chose this style, which I think is called the Peppercorn Edge. You can see more pictures of this style here.

It’s not exactly the same as the top picture and our bedside tables (it looks like this Peppercorn Edge detail is narrower than the frame around the drawers in the first picture and on our bedside tables), but it’s the same general idea. And that was just another thing to confirm in my mind that this is, in fact, a style that I seem to naturally be drawn to since I keep choosing it again and again.

So that’s the plan! And the best thing is that I don’t feel the least bit disappointed. I feel super excited about it! I’m still very nervous to start cutting that walnut lumber and veneer. But at least I know that if I mess up, it might cost me more money (which I wouldn’t be thrilled about), but at least the product is actually available. 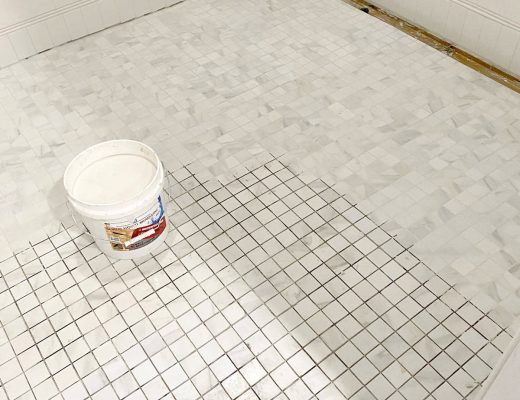 We Have A Usable Shower! 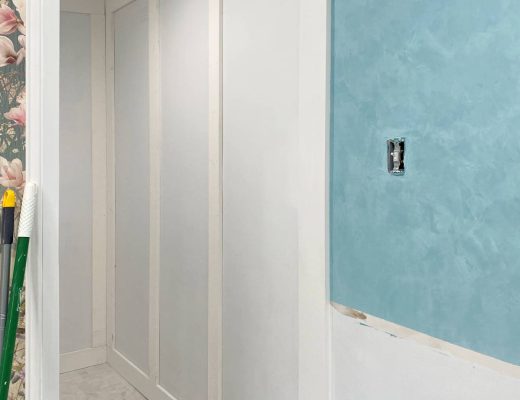 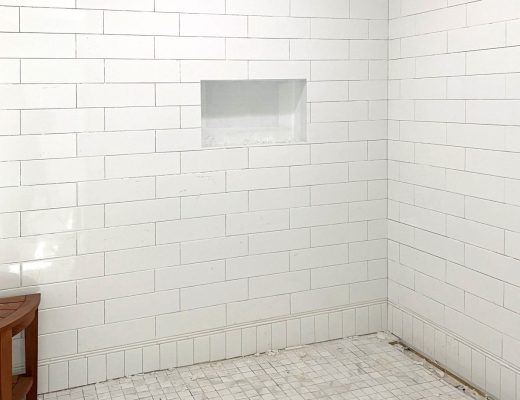