It’s been a very frustrating past couple of days because I had set out to get lots of work done in the home gym (while mulling over my options for the master bathroom vanities since I can’t find the trim I need), and I had hoped to move full steam ahead so that I could have lots of progress to show you today.

Well, that didn’t happen. The last couple of days has been a whole lot of spinning my wheels and going absolutely nowhere.

After reading all of your comments and suggestions about the home gym crown molding (whether or not I should use crown molding in this room), I decided that I would go ahead and install the crown molding, and then decide after that if I wanted to use the curtains. But I was also going to do a little something different that a couple of people suggested, and that is to carry the stripes ONTO the crown molding. It’s different, but I thought the fun and unexpected touch would be great in a home gym where things don’t have to be taken so seriously.

I could kind of bend the crown so that it would sit against both the wall and the ceiling, but that made the spring angle totally wrong, which meant that the corners wouldn’t meet up.

I’ve never had that much trouble with crown molding before. I tried it once and couldn’t get it to work, so I took it down and tried again. The second time didn’t work either. Generally, the only time that happens is when the ceiling is very unlevel, but this ceiling doesn’t look that unlevel to me. So I have no idea why that happened, but I decided to forgo the crown molding.

Of course, taking that crown down not once, but twice, left me with these unsightly gouges in the wall that then needed to be repaired. And you can see why I wanted crown in the first place. Since that was my plan from the beginning, I didn’t really strive for perfection when painting the area where the wall meets the ceiling.

And it’s like that around the entire room. So if I left off the crown molding, I would have to touch up every single one of those stripes to make a crisp line where the wall meets the ceiling.

But with my crown molding fail, not only was I left with a very uneven area at the ceiling, but I was also left with these divots all along the longest wall and the short wall where the doorway is.

So I broke out the drywall compound and filled those divots that pulled out of the wall with the nails.

I have to admit that that whole episode was incredibly frustrating. I wasted so much time on that, and to end a day of working by being several steps behind where I started the day was so discouraging.

So yesterday, I really needed a quick win, and spending hours and hours touching up stripes is not my definition of a quick win. So I took the advice that so many of you gave me and bought some very small trim to go at the top to cover up that area where the paint job isn’t great, and to leave me with a nice, crisp end to the stripes. And as so many of you suggested, I installed the trim, which is about 1.25 inches wide and 3/8 inch thick, on the ceiling instead of the wall.

This was so much easier than touching up all of those individual stripes, and I think once it’s caulked and painted, it’ll pretty much disappear, keeping the stripes as the main star of the room.

And this room also has 1″ x 10″ and 1″ x 8″ lumber as a subfloor as well, complete with knot holes, gaps, etc. All of the parts of the house that still have the original flooring have that as well, but those areas have the vapor/moisture barrier, so it’s not as big of a deal to me. But I would imagine that this room not having a solid subfloor PLUS having no vapor barrier is what has contributed to that one board rotting, and I wouldn’t be surprised if there’s some hidden damage under the rest of the flooring as well.

All of that to say that the long-term plan is that this room needs a new subfloor and new flooring. BUT…there’s no way I’m doing that right now. I just want these two rooms (home gym and master bathroom) finished right now, and there’s absolutely no way I’m going to go backwards right now.

So for now, I removed the part of that one board that was completely rotting, and checked the subfloor underneath it. It looked like an old piece of lumber, but there wasn’t any bug damage or rot in the boards. And then, instead of taking the time to carefully cut and install a new red oak floor board, I just filled the gap with Loctite spray foam.

This foam, when it dries, is incredibly dense and hard. And it also expands to several times the original size. I sprayed it last night before I went to bed, and this is what it looked like this morning. 😀

So then I just used my long, flexible serrated knife to cut off the excess flush with the flooring.

Again, this brand of foam is incredibly dense and hard, unlike some other brands of spray foam I’ve used, so with it being so close to the wall, I’m certain it will be fine as a temporary solution. I’ll put the foam gym flooring squares right over this, and no one will ever know…

And then at some point in the future (perhaps when we tackle our big addition), I can take up the foam squares and have this flooring and subfloor completely replaced. That will also give me peace of mind for the long run since we’ll be able to check all of the floor joists for any damage once the subfloor is taken up.

But again, while I do want it eventually taken care of, I don’t feel any sense of urgency to get it done immediately. So for now, the original flooring is just going to get buried under a layer of gym foam flooring, and Future Kristi will take it from there. For now, I just want to get this room (and the master bathroom) finished, and I don’t want any more delays. 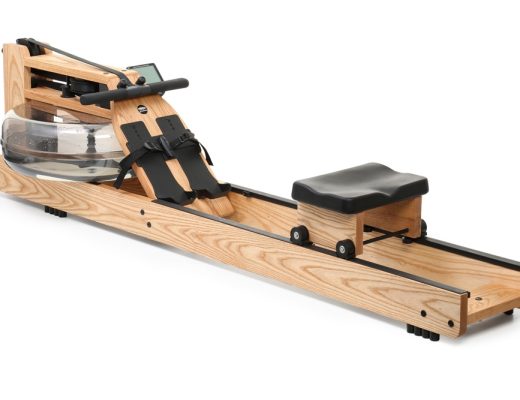 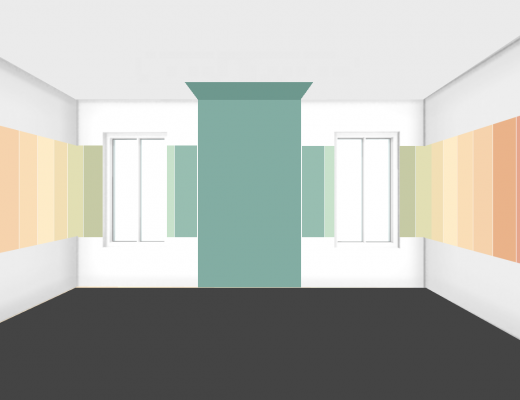 June 7, 2021
Previous Post A Worthy Non-Profit In Waco, Texas (and Nationwide), And A Great Way To Spend A Saturday Afternoon
Next Post My New Bathroom Vanity And Storage Cabinet Design