Good morning, and happy Monday to you! I hope you had a fantastic weekend!

I spent my weekend working on some things for “my” patio. Now for those of you who are new around here, let me explain that I live in a condo. And as the owner of a condo, that means that I don’t actually own any outside space. However, just outside our front door is a patio area that hasn’t been used in the almost-six years that we’ve lived here. So this year, Matt and I decided that we would fix up the area and get some use out of it.

The last time I showed it to you, it looked like this… 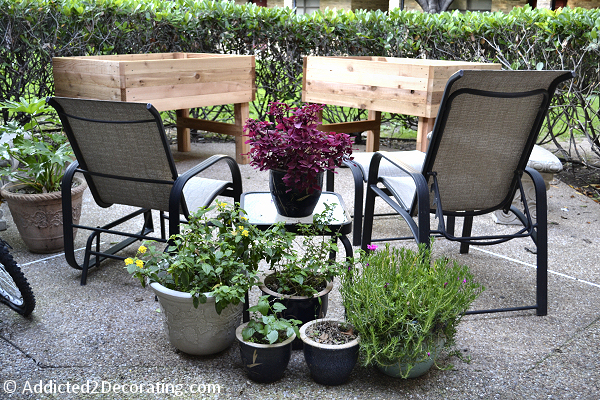 Since then, our neighbors moved away and took their chairs, table, and plants.  So basically we had a patio with two elevated garden beds and two concrete benches.

I’ve been on the lookout for some inexpensive chairs, and was pretty excited when I spotted these Adirondack chairs at Home Depot for $36 each. 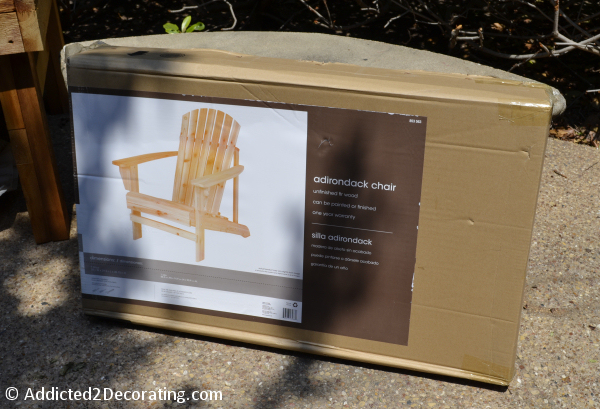 They came in nine pieces, and were really quite simple to assemble. 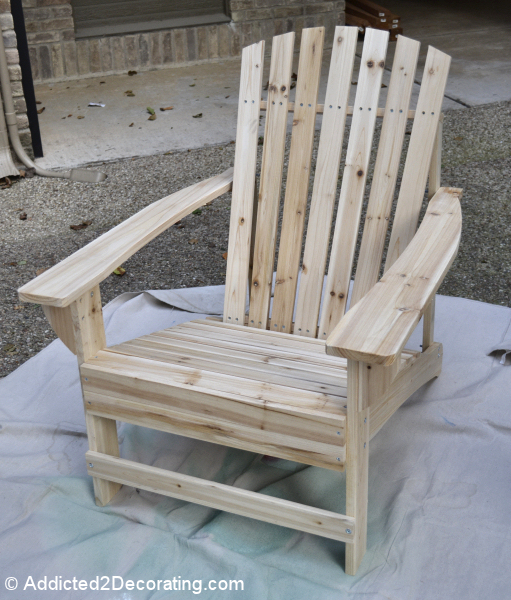 Then it was on to deciding how to finish them.  Of course, I had endless choices.  I could have painted them in any color imaginable, stained them in any number of colors, but in the end, I decided to go with a standard brown stain… 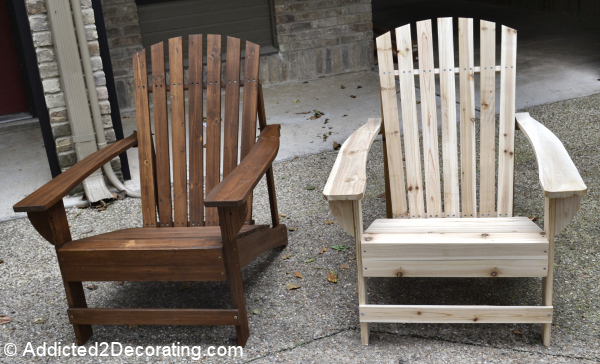 I know…it’s a little predictable and unexciting for me, right?  But don’t worry.  I have plans for lots of fun color for this patio, and I think the dark brown Adirondack chairs will keep it from looking too much like a kids space.

These chairs took stain really well, but there were a few places on each one that evidently had some sort of glue that kept the stain from sinking in. 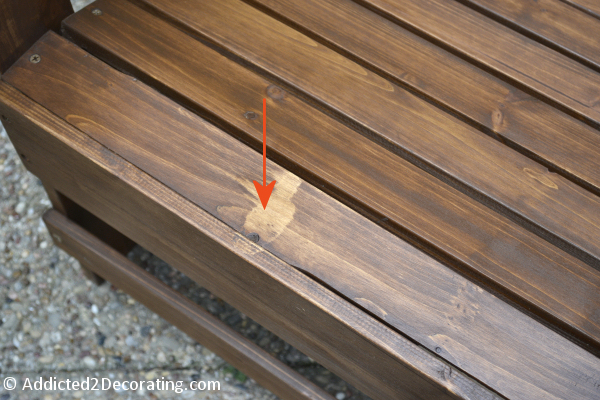 Unfortunately, I didn’t catch that one in time, but on the other areas, I just gave them a good sanding before staining, and they turned out much better.

These chairs do take FOREVER to stain, but I love how they turned out.  I certainly don’t think they look like cheap $36 chairs! 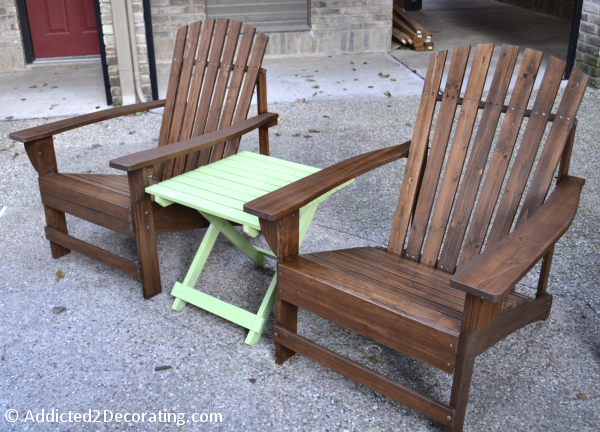 As you can see, I also got the matching side table, which was $14.  I decided to give it a dash of color with some apple green spray paint.

I still need to seal the chairs, but I’ve had a hard time finding just the right thing to use.  I picked up some spray spar varnish yesterday, but after using one can on one of the chairs, I decided that wasn’t really the route I wanted to go.  With chairs that are going to be out in the elements, I’d feel much better using a brush-on product so that I know I’m getting a really good coating on there, and so I can also be sure that it gets down into the nooks and crannies.  So I’m on the hunt again for the perfect sealer.  I need to find something today, though!  Rain is on the way tomorrow!

So that’s my progress so far.  It’s not much, I know.  But it’s a start!  I have lots more plans for this patio, and I’ll definitely be adding color.  I purchased some bright outdoor canvas to make pillows for my chairs, and I also want to add a rug of some sort.  I’ll keep you posted! 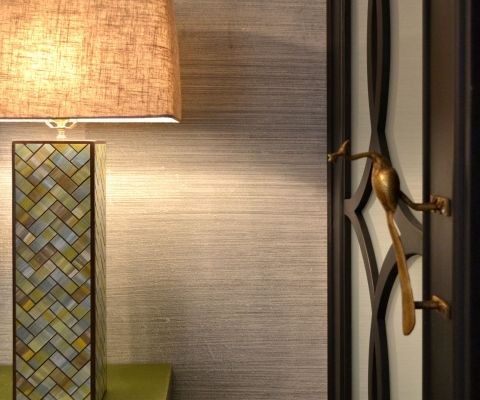 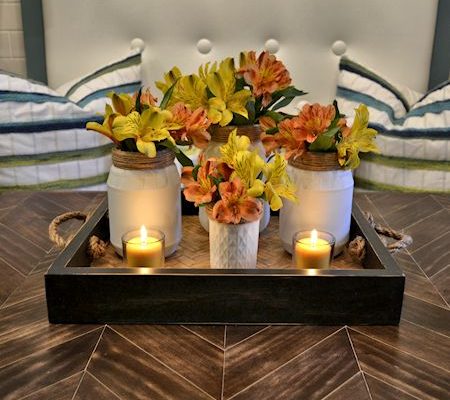 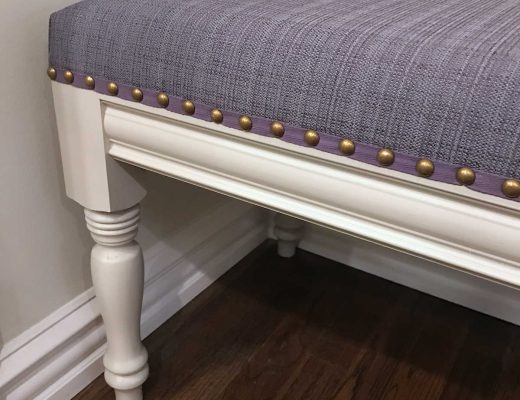