Q & A – How To Decorate The Ledge Above A Front Door?

This reader question comes from a fellow blogger, Lori from The Stonybrook House.  And her problem in one that many, many homeowners have — the really high decorative ledge above the front door. 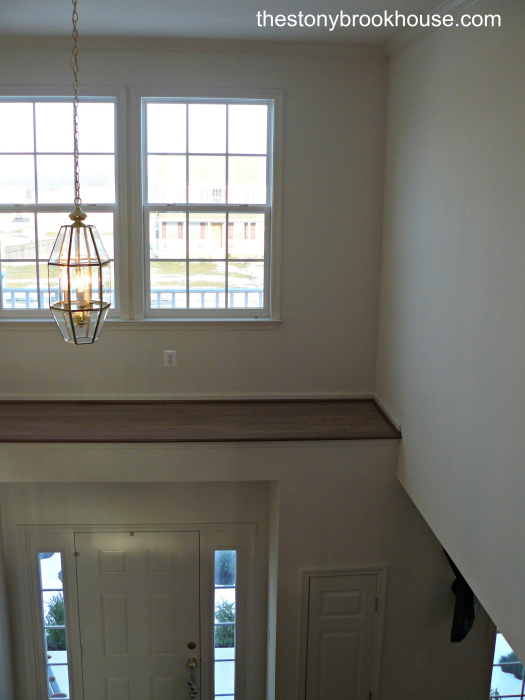 What should I do with this space??? It’s hard to reach, except with a ladder. I’m not going to want to go up there and change is seasonally. It’s like a ledge above the door. The picture is from my staircase. I like that adding that gave me two closets on either side of my front door. But my mind is at a loss.

I’ll admit that these ledges are a real decorating headache for me, because I never know what to do with them either!

So I really have two different suggestions:

I feel like these ledges are similar to the space above kitchen cabinets.  Because there’s space there, and there’s a ledge, people feel this uncontrollable urge to put stuff up there.  Honestly, if it were mine, I would try to resist that urge.  There’s not really anything you can put up there that will make or break the decor of your house.  Guests entering your house won’t even see it.  It won’t be until they’re leaving that they’ll see it.

So just as I tell most people to resist that urge to clutter up the top of their kitchen cabinets with fake plants and tchotchkes, I generally give the same advice about these ledges.

If you decide to ignore it, I would also suggest painting it out the color of the walls to make it disappear.  Right now, the color is causing it to draw attention.  Unneeded attention, in my opinion.

2.  If you must decorate, keep it large and simple.

Just remember that anything you put up there will just be a dust collector, and you will have to get up there and dust it periodically.

For that reason, I say that if you can’t resist the urge to decorate up there, then keep it large and simple.  It needs to be large, because the space is large so whatever you put up there needs to match the scale of the area.  (So no collection of tiny little bottles or small figurines lined up along the ledge or anything like that.)  And simple because…you know…dusting.

But again, big and simple is the key.  Keep the number of items limited.  In other words, don’t just line up tchotchkes from one end to the other.  That would be way too busy and unnecessary.  Plus…dusting.

Now I know the question was about the ledge and not the lighting, but if this were my house, I’d go with option 1 (ignore and resist the urge to decorate the ledge).  Then I’d add some salvaged shutters to the window in a color that coordinates with the rest of the entryway.  (And it’s okay if the shutters are wider than the area beside the windows.  If they stand open just a bit at an angle, they’ll just take up some of that space, which is probably a good thing.)  And finally, I’d add a big, gorgeous chandelier and let that be the star of the entryway.  That way, no tchotchkies or fake plants are needed.  🙂

Those are my suggestions for Lori.  What are yours? 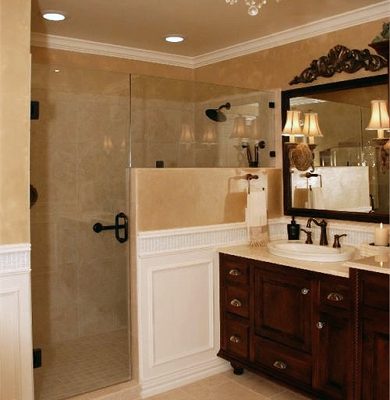 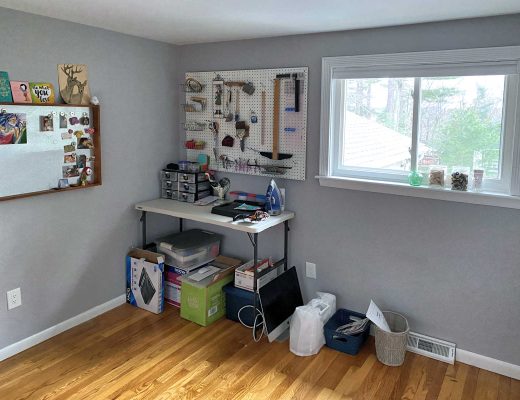 Reader Question: How Do I Organize My Craft Room? 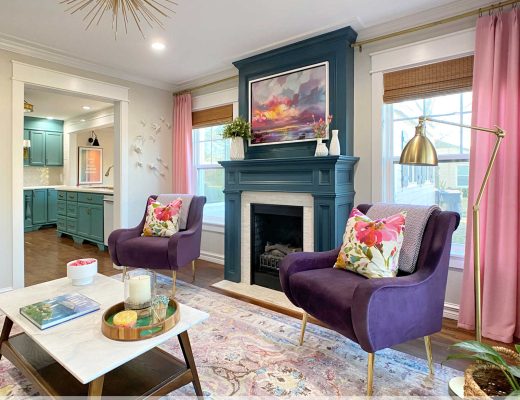 February 14, 2022
Previous Post Q & A - How Should Preethi Accessorize Her Bedroom?
Next Post DIY Fireplace Part 5 - Trim, Grout, and Mantel