What Would You Do? A Kitchen Remodel Conundrum…

What’s been on my mind lately? A kitchen remodel. No, I’m not talking about my condo kitchen. That’s done, and I won’t be redoing any time soon…or ever, for that matter. 😀

Once again, I’m daydreaming about our future house. I promise, I’ll try to keep these daydream posts to a minimum until we’re actually IN the house. I know y’all will probably get really tired of reading “the house we hope to buy” and “the house we’re planning to buy” in every post between now and then.

But with that said, I’ve been wondering what the heck I’m going to do about the kitchen situation. You see, it’s terribly outdated. In fact, it’s probably…scratch that, it’s most definitely…the worst room in the whole house. I don’t have a picture of it, but just picture something like this 1960s kitchen from House Beautiful, only not nearly as nice. 😀 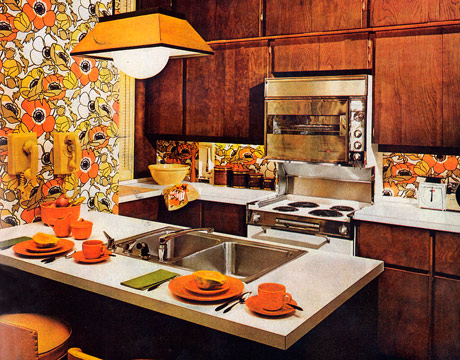 Naturally, the kitchen is a place that most of us spend a good deal of time. We plan on doing a complete remodel of the kitchen, including moving/removing walls, expanding the kitchen, new cabinets…the works! It will undoubtedly be the most expensive part of updating our “new” house.

However, since we’re planning on paying off the house in 18 to 24 months, we won’t be able to save up for a kitchen remodel until AFTER the house is paid off.

So what would you do in that situation? Would you live with the kitchen as is (including the terribly outdated appliances), not put any money towards it until the full remodel can be tackled, and focus on other rooms that can be more easily updated with cheaper and easier aesthetic changes? Or would you put a chunk of money towards the kitchen initially, with new appliances (that may or may not work in the future remodel) and some cosmetic changes just to make it not quite so…you know…so ugly and a little more livable, and then go ahead with the full remodel in a couple of years?

I almost feel like attempting an interim makeover would make it more livable, and would definitely make it more tolerable for me to spend time in there; but at the same time, it seems like a waste of money and precious time that could be put towards other permanent changes in the rest of the house since the kitchen will all be ripped out eventually.

What would you do in that situation? And have you ever had that type of situation when you bought a new-to-you house? I’d love to know how you handled it!

And what is it about kitchens with me? I always want to start there first, even though I really don’t cook that much. I guess it’s true what they say. The kitchen really is the “heart” of the home! 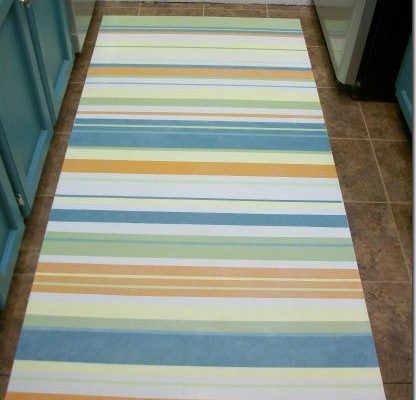 How To Make A Hand Painted Floor Cloth 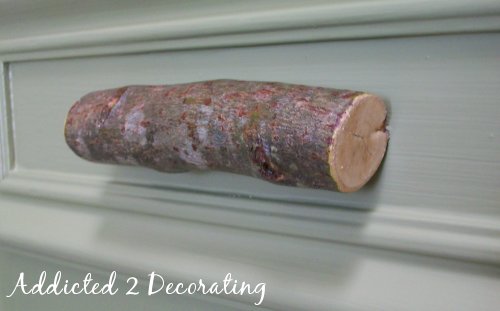 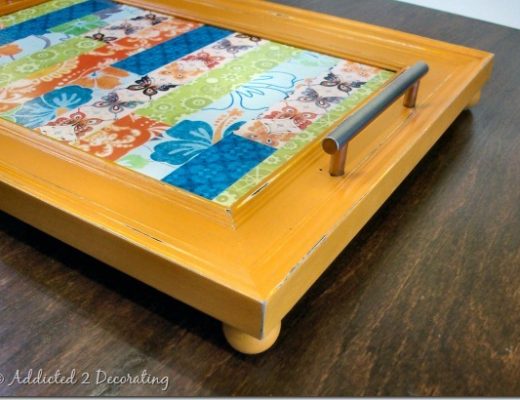 June 13, 2011
Previous Post Fun With Freehand Chalk Art (Look Out, Dana Tanamachi!)
Next Post How To Install A Prehung Door -- Tips From A Novice