My Decorating Temptation — Make Everything A Feature

So today I’ll get them finished, without a doubt.  I did share a sneak peek of one of the doors painted black on my Facebook page yesterday.  Here’s that picture in case you missed it.  This is the back side of the door. 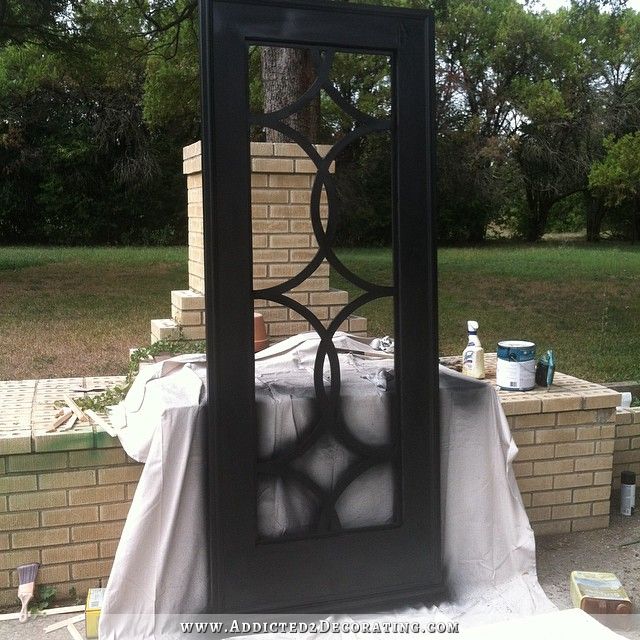 And of course when I was at my mom’s house last night, she had to share her opinion on my hallway doors.  🙂

Her advice?  Keep them simple.  No upholstering, no nailhead trim, no gold leafing.  Just do black doors in a simple design — either standard six panel doors, or a design to match the French doors, or another simple design.

I had already decided to forgo any type of gold leaf and/or nailhead trim design on the French doors.  I’m just going to paint them black and let the design speak for itself…for now.  I can always add that stuff later if I finish the room and think the doors need a little something extra.  And I think I’ll do the same thing with my hallway doors.  I don’t want to do the same design as the French doors.  I want something simple, like the design on the door on the left in this room from Veranda.  (Does anyone else think it’s strange that these two doors appear to have different designs on them?) 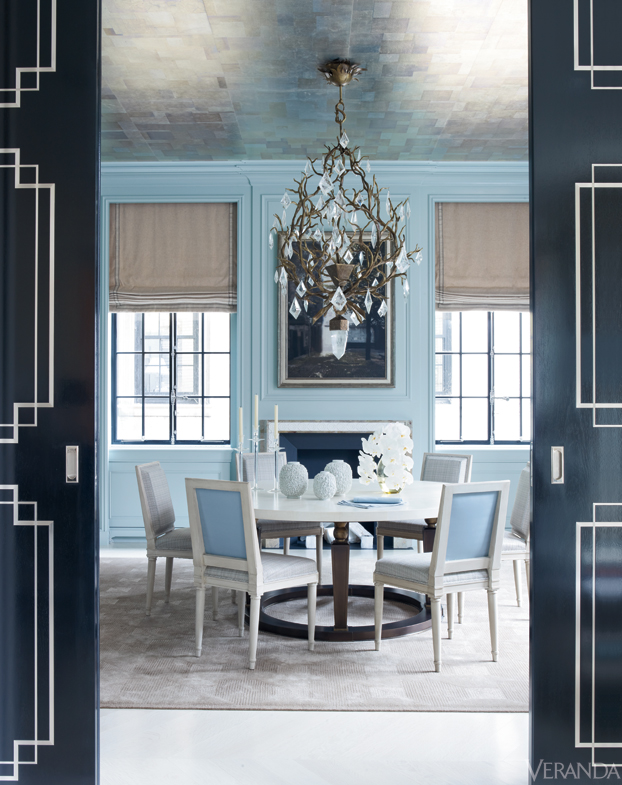 Except instead of the design being repeated on the door, I only want one large design on each door.  And instead of it being painted in a contrasting color, I want the design to be done in a very simple trim and I want the whole door (trim and all) painted black.  It’ll be just enough to make the doors interesting and unique, unlike anything you can just pick up off the shelf at Home Depot.  But it won’t be so much that the doors become a major focal point that competes for attention.

My main problem (temptation) with this house is that there are sooooo many things I want to try.  I’ve been saving photos for years (long before Pinterest) of projects I wanted to try out when I had a house again.  That file on my computer is huge, and packed full of probably two thousand pictures of ideas that I want to incorporate into my house.

The problem, of course, is that my house is only so big, with only so many rooms.  It can’t hold a thousand awesome decorating ideas.  I’d need at least twenty houses to hold all of the decorating ideas I want to try out.  So seeing that this is (hopefully) our final house, I have to try to rein myself in and only select the absolute best projects that will work in my house, rather than trying to do ALL OF THE THINGS that I’ve been collecting for the last eight years.  That has proven to be very challenging for me.

Another problem I have is that there are certain things I seem to be drawn to over and over and over again — things like nailhead trim, gold leafing, and herringbone.  If I didn’t exert some self-control, I’d have a house filled with those things on every imaginable surface.  So I really have to be choosy about how I incorporate those things so that I don’t go overboard with them, and so that the things that actually do have nailhead trim or gold leaf look special and don’t get lost in a sea of other mediocre items with gold leaf and nail head trim.

So, I’m not really sure where I’m going with this train of thought.   It’s just something that I was thinking about as I was driving home from my mom’s house last night. Deep thoughts with Kristi Linauer.  🙂

Do you find yourself having this problem also?  I actually think that Pinterest has made this problem even worse for many of us.  It has made it even easier for us to collect thousands and thousands of decorating ideas.  And once you have that collection of thousands and thousands of ideas, how in the heck do you go about whittling those down to the ten or so awesome ideas you’d actually like to incorporate into your house?  It almost seems like an impossible choice.  So how do you do it?  And are you like me in that you find yourself drawn to certain things over and over again?  If so, what things are you drawn to that you have to really make a conscious effort to not go overboard with? 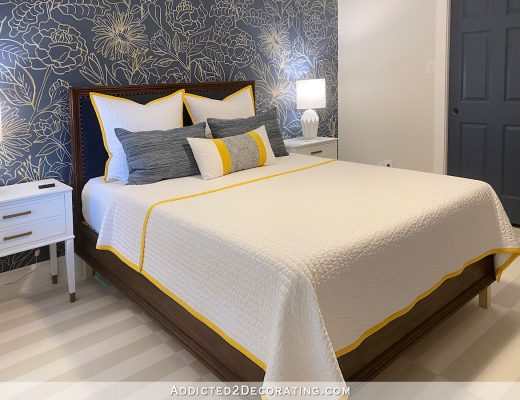