Exterior Pocket Doors — Are Those A Possibility?

I’m still waiting to hear back from my contractor about a quote for everything we’re wanting to do right now. Of course, the main focus will be the bedrooms and new master bathroom, but I also asked him to give me a quote on enclosing the carport to create my workshop. When I met with him a week or so ago, I happened to catch him right before he left to go out of town for a few days, so it still might be a few days before he has my quotes ready. In the meantime, I’m supposed to be finding a source for the doors for the workshop.

I shared a few days ago that the plan is to leave a “breezeway” type of open-air walkway (which will still be covered by the roof of the carport) just outside the back doors of the studio. And then just past the breezeway will be the front wall of the workshop. It’ll look something like this…

The doors on the front of the workshop (i.e., the doors closer to the studio) aren’t as much of a concern for me since they’ll be underneath the existing roof of the carport. So even in the event of a Texas rainstorm where it’s raining sheets of rain, those doors will be protected.

So my focus is mostly on the doors that I want to put on the back side of the workshop (i.e., the doors facing the back yard). I do want the doors on the front and back to match, and since I can’t have regular doors swinging open into the area of the wheelchair ramp and open air breezeway at the front of the workshop, then that leaves me with some sort of barn door-type doors.

I really have my heart set on exterior pocket doors instead of regular barn doors that are attached to the outside of the building. The reason I prefer the idea of pocket doors is because I see pocket doors as being more secure than barn doors. And since this workshop will contain ALL of my tools, I’d like it to be as secure as possible.

I’ve done quite a bit of searching over the last few days to see if exterior pocket doors are even a thing. I can find one here and there, but so far the ones that I’ve found have been DIY projects by craftsmen that have a skill set that are FAR beyond my own, like this one.

It would be a dream to have that, with the one set of doors with glass, and the second set of doors with screen. Wow! But that’s way beyond something that I could build myself, and having that custom made would probably cost more than we paid for the entire carport.

So I almost gave up on my idea of having exterior pocket doors, and just settling for standard barn doors installed on the outside of the building. But then I started researching how to make barn doors weather tight, and I came across this brush seal weather stripping for barn doors…

I don’t see any reason why that can’t be used on a pocket door, right? It seems like it would work with either a barn door or a pocket door to me.

And that just leaves me with the issue of water getting underneath the door, which seems to be the biggest complaint about exterior barn doors, and I would imagine it would be a problem with exterior pocket doors as well. But I imagine that I could use something like this Weather Defender garage door threshold.

Of course, I could also build a cute little portico over the doorway to divert the rain away from the doors as well.

I’d also love to figure out a way to have screen doors on the doorways as well. But the only way I can see that happening is if I install those on the outside just like standard barn doors. 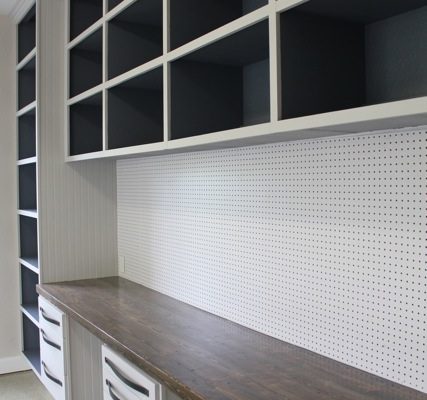 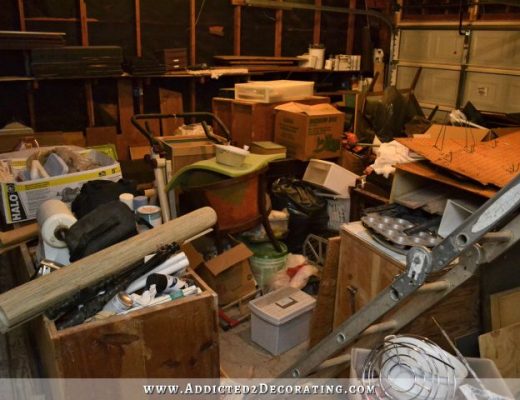 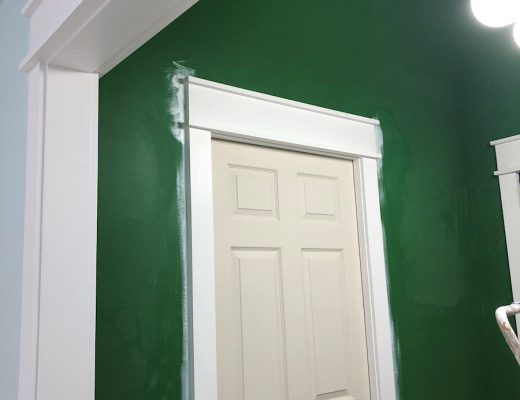 August 1, 2019
Previous Post Half Bathroom -- Where I Left Off
Next Post Simple DIY Curtains & A Finished Studio Back Entry