On A Personal Note: Diet, Weight Loss, M.S., And More…

Happy Monday, all!  Well, is it safe to show my face around here now after my little prank last Monday?  😀

To clarify, yes it was a joke.  I’m not going anywhere, at least not for the foreseeable future.  I have way too many exciting projects coming up that I’ll want to share with y’all!!  There’s no way I could just walk away now.

The funny thing is that when I was writing that post, I honestly thought to myself, “Kristi, no one is going to believe this!  They’re going to see the title and say, “Oh right.  Nice try, Kristi!””  I swear to you, I thought everyone would see right through it since we’re (hopefully) going to be moving to a house in the near future, and I’ll have so much to share with you.

But I knew I was in trouble when my own mom called me shortly after I published my post, saying that I had given her quite a scare.  🙂  So I promise…no more joking around about closing down the blog.  If I ever say that again, it’ll be for real.

I’m finally going to start sharing my living room makeover with you starting tomorrow.  I finally have vision for it!  I have a plan.  And I’m so darn excited about it.  I’ll be doing some cabinet/bookshelf building.  It’ll be my practice run so that I can be ready to go when we get into the house.

But today, I want to share a personal update…

If you’ve been following my blog for a year or so, then you know that last year, Matt and I changed our diet completely.  Matt has multiple sclerosis and has been in a wheelchair for 3.5 years.  In 2011, we had both hit rock bottom.  We were on a steady fast food diet, both gaining weight, and basically drowning our sorrows in Dr. Pepper and junk food.

So on January 1, 2012, we decided that enough was enough.  Overnight, we made a radical change in our diet.  Out with the junk, in with the living, natural, health-giving foods.  We gave up soda completely (still haven’t had any!!!), and we decided to go a year without eating out at all.  We made it nine months, which was still quite miraculous for us, and even then we didn’t eat fast food.  If we chose to eat out, we would eat at a little locally-owned Mediterranean restaurant, so the food was quality.

We had an amazing year.  I lost 50 pounds, Matt lost a lot of weight as well, and we saw a drastic improvement in Matt’s health.

But still, he was in that darned wheelchair.

I’d love to be able to tell you that we’ve continued our healthy lifestyle right through to the present.

You get the picture.  Here we are today, having fallen back into some old habits.  It hasn’t been like 2011, where we were eating three fast-food meals per day, but any fast food (or actually, any restaurant food at all) isn’t healthy, especially for someone dealing with compromised health in the first place.

It’s just so easy to do!  I get so busy — there’s my blog, and my website design business, and I’m trying to finish up the condo to get it ready for sale — that adding “prepare three meals a day” to that list just gets to be too much for me, especially when I have absolutely no help with any of it.  And we live right here by a university campus, surrounded by every fast food restaurant you could imagine.

So this weekend, we found ourselves in a similar place to where we were in December 2011 (well, with the exception of hitting rock bottom emotionally).  But we had to make a decision that enough is enough!!  As of today, we’re back on track.  Our fridge is stocked with fresh fruits and veggies, and I’m determined to make time for our health.  It’s worth it!!

And yet, we’ve seen improvement…

Even though we’ve gotten off track this year, we’ve still seen amazing improvements in Matt’s health.  (We have still been eating fruits and veggies and good stuff…just with the junk mixed in.)

Yesterday was the most exciting day so far.  Matt has been in a wheelchair for 3.5 years now.  He hasn’t been able to walk, or even stand on his own.  He often needs help transferring from his wheelchair to the bed at the end of the day, and even on the days that he can do it himself, he uses mostly arm strength to push himself up, and then kind of falls onto the bed.  So it’s not like he’s standing at all.

But a few weeks ago, he bought a walker (the kind that you see elderly people using, often with tennis balls attached to the front legs so that it’ll scoot easily across the floor).  And every morning, he uses the walker to stand.  Every morning, I’ve had to help him by lifting with considerable force, and then holding him in place once he’s in a standing position.  And he generally does it twice and then that’s all he can do.

This last Saturday as we did this exercise, we both noticed that he was using way more of his own strength to get to the standing position than normal.  He felt certain that he could have done it without any help from me at all.

So yesterday morning, he told me to keep my hands to myself.  🙂  And he did it!!!

He stood not once, but FOUR TIMES, all by himself!!!!

It’s so exciting, and such an unbelievable improvement from where he was in 2011 when he was bedridden.  Yes, the change is happening slowly, but it’s happening, and that’s all that matters.

Needless to say, yesterday morning was really the turning point when we decided it was time to get serious about our health again.  I mean, if he’s seen this improvement with the added junk in his diet, we can just imagine what will happen once we remove that junk and replace it with healthy, life-giving foods!!

These are exciting times around the Linauer household.  🙂  Thanks so much for letting me share!

Back to decorating tomorrow…I promise.  🙂  I finally have a plan for my living room. 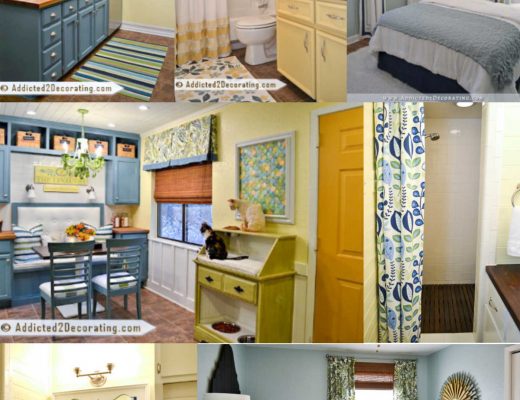 You Have To Be You, Wonderfully You 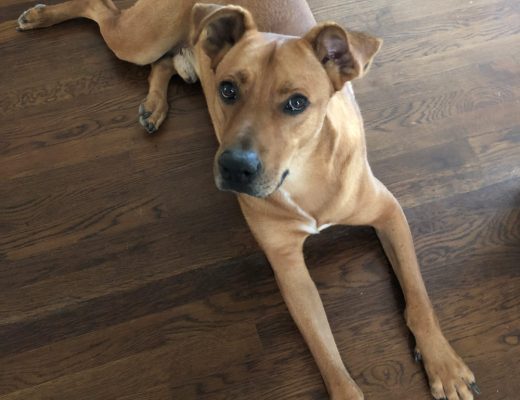 The Personal Stuff: Matt, Diet, Cooper and What I’m Listening To