Well, I’m done with the electrical work in my studio. Let me clarify. It’s not finished, but I am. I’m calling in the pros to finish it up for me.

And it’s not because I don’t know how to do it, or I feel like it’s above my head. It’s because I injured myself yesterday in a way that really scared me.

I could probably count on one hand the number of times in my DIY life that I’ve had a power tool accident that really scared me and injured me, but this was one of those times. And it had nothing to do with the actual electrical work. It had to do with this devil of a drill…

This is not my daily use drill. The drill I use for daily tasks, like putting a screw in the wall to hang a picture, or install drawer slides, is a little lightweight blue drill that I’ve had forever. I love that thing. It’s the perfect size for my small hands, and like I said, it doesn’t weigh a whole lot, so it’s easy for my wrists to support and use on tasks that take hours.

This big DeWalt, on the other had, is a beast. I pull it out when I need a super powerful drill to do a job that I know my friendly little blue drill can’t handle, like drilling large holes through two or three 2 x 4’s to get electrical wires through.

But this drill is big, and heavy, and powerful. Did I mention that it’s powerful? 😀

So yesterday, I was up on a ladder drilling a hole in the top plate of the wall for the half bath so I could get an electrical wire to the bathroom switch. Here’s the hole I was trying to drill…

My drill bit got about halfway through (so about an inch-and-a-half in), when all of a sudden, the bit caught on something (presumably a really hard knot, but I can’t be sure) and stopped spinning. So because the drill bit wouldn’t spin anymore, but the very powerful motor on the very powerful drill was still going (because this all happened in a split second), the drill whipped around and pinned my hand between it and the 2 x 4 wall stud.

But it didn’t stop, because the force with which it whipped my hand around put my hand in such a position where the force against my hand was causing my hand to continue pushing down on the trigger at almost full speed.

I tried to make my hand release the pressure on the trigger, but I couldn’t because of the position that my hand was in.

So I grabbed the grip of the drill with my left hand, trying to pull the opposite way against the force of the motor to free my hand, but it just wouldn’t budge. Did I mention that this is a very powerful drill with a very powerful motor?

So there I stood, on a ladder, in tremendous pain, with my right hand pushing down with almost full force on the trigger of the powerful drill while it was trapped between it and the stud.

I wrestled with that thing for probably a full minute, which seemed like an eternity in that situation, with me in tremendous pain, my phone out of reach, and Matt unable to come to my rescue.

I honestly had no idea what I was going to do, but finally, the little breaker switch on the power strip flipped and turned the power off. The force on my hand finally released, and I was able to get my hand free. It was red, scratched, and aching all over, so I immediately started trying to move my fingers to see if anything was broken. Fortunately, everything still worked. I was in tremendous pain, and my hand was starting to swell, but everything worked.

After pacing back and forth for a while to try to walk off the pain and shock, I flipped the power back on, and (very reluctantly) put the drill in reverse to try to get the bit out of the 2 x 4. But that thing would not budge. I began to think that I’d just have to leave the drill bit inside the 2 x 4 and close it up in the wall. But I gave it one more try, and that 1/2-inch drill bit literally just broke off. I mean, it snapped like a tiny little dry twig.

So half of that 1/2-inch drill bit will forever be inside that wall.

Needless to say, that whole thing frustrated me. But as I looked around the room to see all of the 2 x 4’s that still needed holes drilled through then, I decided I had had enough.

It takes a lot for me to give up on a task that I feel I’m completely capable of doing, and to admit defeat (or fear). But I’m doing it in this situation. I’ve gotten injured a handful of other times before, like when I cut the tip of my finger off (just the little fatty pad on the end — no bone) on my table saw while I was working on my pantry.

But those previous injuries were all ones that I knew without a doubt were my fault. They were caused by my carelessness, so that meant they were within my control. I just needed to pay more attention and be more careful and I could avoid having those things happen.

But this one was not within my control. It wasn’t caused by my carelessness, and my paying closer attention wouldn’t have helped me avoid this. And those types of things (which, thankfully, almost never happen) are the types of accidents that scare me. I don’t like not feeling in control of my tools and the outcome of using those tools.

So I called the same contractor that did the carport, and he’s coming tomorrow morning to give me a price for finishing up the electrical work, rerouting the HVAC ducts, and then insulating and drywalling.

Fingers crossed that the price is doable and that he can work us into his schedule very soon. I’m ready to get to the fun parts of the studio project. 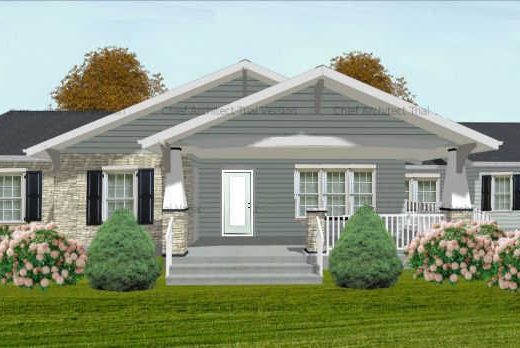 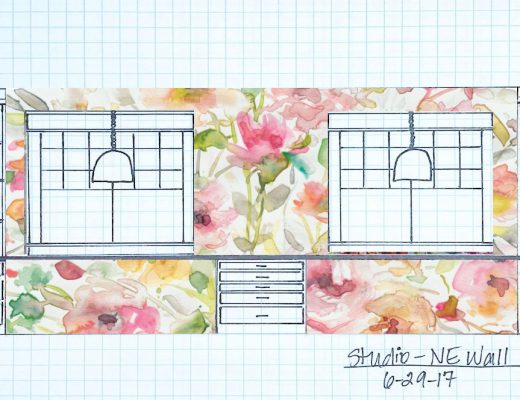 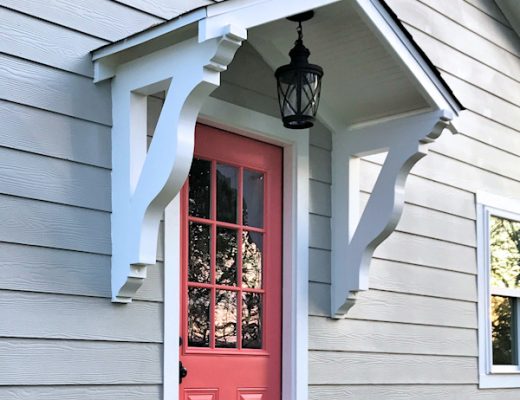 The Finished Studio Door Portico (Plus, One More Coral Door)