C.O.P. – Organizing Under The Kitchen Sink

I’ve still wasn’t feeling great yesterday, so I only tackled a small job, but it was a Cleaning, Organizing, Purging (C.O.P.) project that felt like a huge victory when I was finished! Under the kitchen sink organizing always feels a bit daunting to me because that space just becomes an abyss where things get pushed to the back and forgotten. I had no organizational system in place for my under sink cabinet, so it became an “open and toss” situation. As long as I tossed things in and they landed somewhere in that dish rack on the right, I considered it a victory. 😀 But obviously, this solution left a lot to be desired…

Obviously, I had to start by clearing out everything from the cabinet, and I uncovered a mess of wires and hoses at the back. Most of those go to the dishwasher, which is still going to be removed at some point, so I just kind of wrangled them and stuffed them down into that cutout so all of that took up much less space.

And then I also removed my Rev-A-Shelf trash can pull-out. I didn’t install this, and it has driven me crazy ever since it was installed because it sits askew in the cabinets. It has driven me crazy, but not enough to actually do something about it. But this was my chance to right this egregious wrong. 😀

The cabinet also still had some overspray from the last time I painted my cabinets in the summer of 2017, so I took the opportunity to scrub that off as well. And since the interiors of these cabinets are laminate, it actually came off very easily with the scrubby side of a sponge and warm soapy water. Here it is all cleaned up, but before I wrangled those cords and hoses.

After looking through many options on Amazon for under kitchen sink organization, and taking measurements under my cabinets, I finally decided on this two-tier slide out organizer.

I had hoped that this under sink organizer could be installed all the way to the right so that the narrow top tier was to the right of the garbage disposal. I measured before I bought it, and I knew that it would be VERY close. And sure enough, the metal top tier was about 1/8″ too wide to fit into that area to the right. I was disappointed, but I was also prepared for that possibility.

So I had to put it in the middle. It’s not ideal, but it’s also not horrible. That top tier is the perfect space for my sponges (since I buy the large value pack from Target and always have an excess) and the sink stoppers. And on the bottom, I have all of the things I like to have at hand — cleaners, scrubby pads, dishwashing liquid, and cutting board oil.

I found that the wire shelf didn’t give the bottles enough stability, so when I’d pull the shelf out or push it in, some of them would fall over every single time. So the shelf really needs a solid bottom. I solved this problem by cutting a leftover floor tile from the bathroom to fit right in the bottom of that lower shelf.

That turned out to be the perfect solution to give the bottles enough stability to stay upright when the shelf is pulled out and pushed in.

As far as the shelf being installed in the middle instead of all the way to the right, I don’t foresee that being a big headache. The main thing that I need access to several times a day is the dishwashing liquid, and it’s easily accessible just by opening the right door.

On the occasion that I need anything else on the shelf, it’s really not a big deal to open both cabinet doors for access.

Having that shelf in the center gave me just enough room on the right to have my box of trash bags, which I do need easy access to. And right behind those sit my Febreze and Angry Orange, which I don’t really use often (so no need to put them on the slide out shelf), but I do like to have them accessible, so they live under the kitchen sink.

So this under kitchen sink organizing feels like a big C.O.P. victory for me. I’ve been in need of organization in this cabinet for years now, and it’s finally done.

I was also supposed to have my other cabinets finished by yesterday (that’s the goal I had set for myself), but then I came down with a cold on Sunday, and that kind of threw a wrench into my plans. I have made some progress on them, but I still need a few more days to finish. One cabinet is all I could manage to finish with this cold, but the rest are coming up in the next few days.

I know a few of you were going to focus on a C.O.P. project with me over the last couple of weeks. How are those coming along for you? Did you get finished? Did you make a good dent in your project? 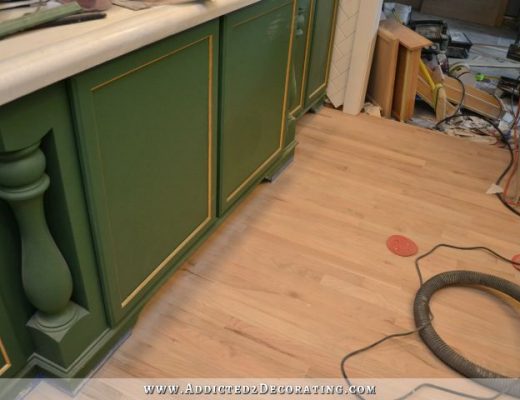 Kitchen Floor Progress (Plus A “To Do” List Update) 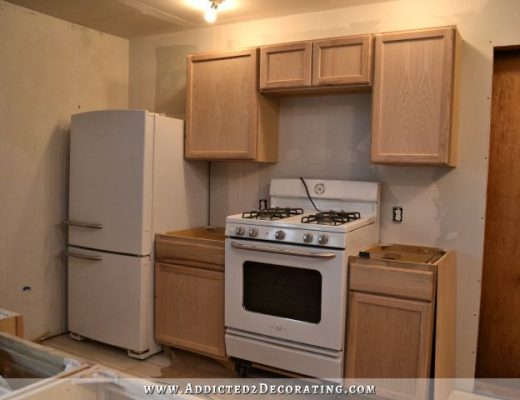 And Then I Hit A Roadblock 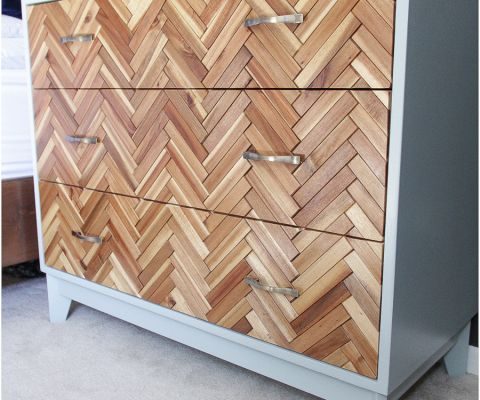 Moving On To New Backsplash Ideas For My Kitchen