I’ve officially driven myself crazy with the living room window treatment decision. I can’t, for the life of me, decide which one I like better. One day I like the “all draperies” option. The next day I love the “draperies and Roman shades combo” option.

So I’m stepping away and moving on to something else.

For the record, the overwhelming majority of you preferred the drapery and Roman shade combo (draperies on the big window, fabric Roman shades on the two smaller windows). The vote (including Facebook commenters) was 64 votes for Option 1, and 129 votes for Option 2. 🙂 I probably should just put myself out of my misery and go with the majority on this, but for some reason I just can’t make myself do that just yet.

I’m moving on to the ottoman. Fortunately, this was an easy decision for me. For the longest time, I’ve been planning on making an ottoman from scratch, and I had something like this ottoman from Joss & Main in mind… 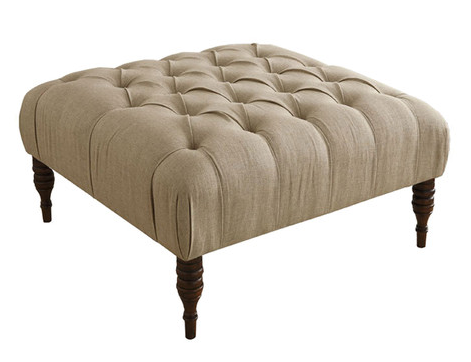 But then yesterday on a whim, I decided to search for other ottoman designs on Pinterest, and I came across this amazing ottoman from Layla Grayce. 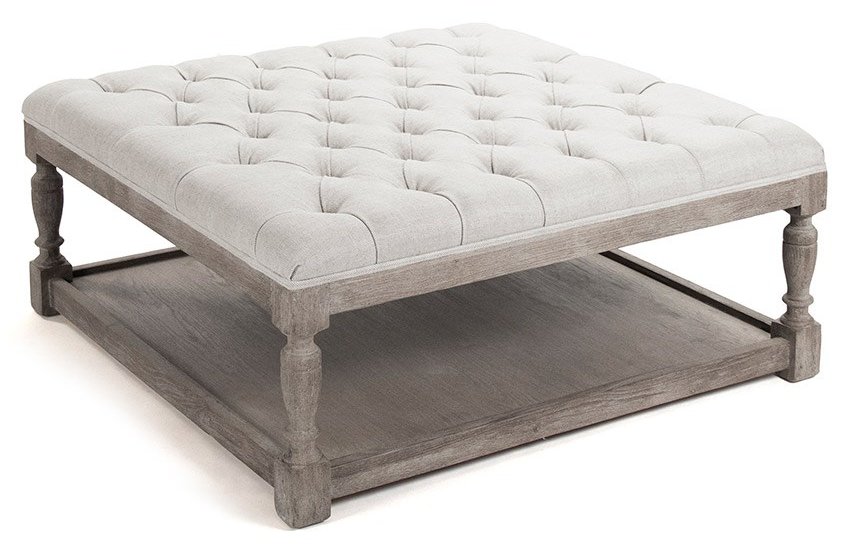 So my plan has changed, but I know for certain that this is what I want. There will be no second-guessing the ottoman design for me. No agonizing back and forth deciding between two designs until I drive myself insane. None of that with the ottoman.

They’ll probably have to be cut down a bit to work with my ottoman design, but I was just excited to find them at such a great price of $15.95 each! 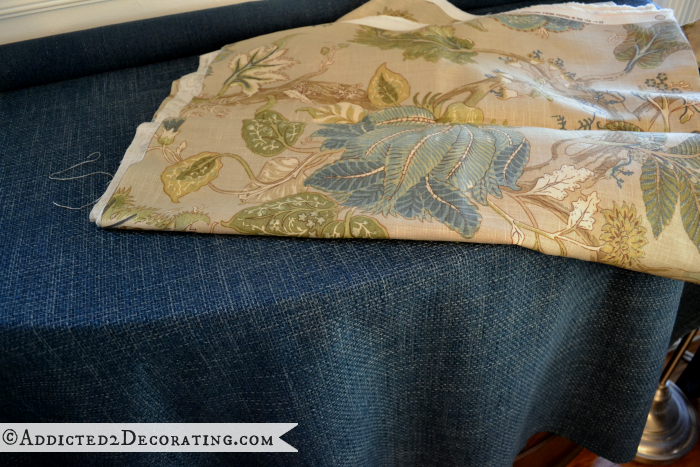 And for those of you who aren’t on my A2D Facebook page, let me share some info about this fabric.

I originally found it at JoAnn Fabrics. It was priced at $54 per yard, so I waited until it was on sale at 40% off to order it. (I actually took in a 60% off coupon that was effective beginning that day, but they wouldn’t let me use it since it was on sale.)

So the 40% off sale brought the price down to $32.40 per yard. I thought I had gotten quite a deal (after all, it was 40% off!!) until I searched for the fabric online so that I could share a photo of it on my Facebook page, and I found the very same fabric at several online retailers for considerably less. I ended up ordering it from Decorator’s Best, and their regular price for the same fabric was $21.99 per yard. That’s almost $11 per yard cheaper than the 40% off sale price at JoAnn’s!!

Lots of people warned about the quality, saying that the online store is probably selling seconds, but the fabric was shipped directly from Robert Allen, and the quality is fantastic.

I know lots of people have very strong feelings about shopping locally and supporting your local economy. I’m all for that as well, and I know that brick and mortar stores have to charge more since they’re paying for overhead. I get all of that. Really. And generally I’m not opposed to paying a bit more when purchasing something locally, especially for the convenience and instant gratification of being able to walk out of the store with product in hand (generally).

But a $32 per yard difference in price for fabric? That seems a bit ridiculous, especially when we’re not talking about a little locally-owned fabric store. We’re talking about JoAnn Fabrics, which is a nationwide store that buys fabric in massive quantities. It makes no sense to me.

In addition, JoAnn’s was going to charge me $15 for shipping, and the fabric would be shipped to the store where I’d have to pick it up. They don’t even offer the convenience of shipping directly to your house on special orders.

Suffice it to say that I’ll probably be sticking with online shopping from here on out when it comes to fabric.

Anyway, that’s the ottoman plan. It’ll probably be a few days before I get the legs, but Matt has encouraged me to go get the rest of the supplies today and get started. I think perhaps my indecision lately has been getting to him a bit, and he’s ready to see something actually get done. 😀 Not necessarily for his sake, but for mine. He knows I’m a much happier, much less anxious person when I’m actually accomplishing things. 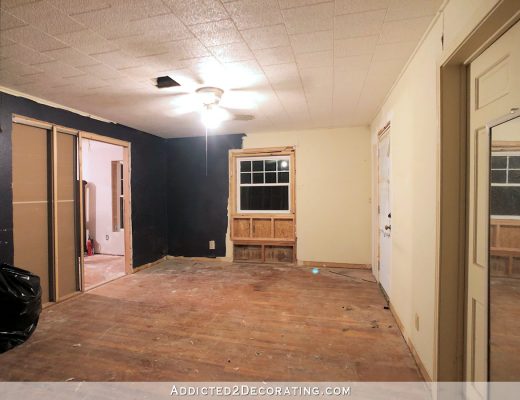 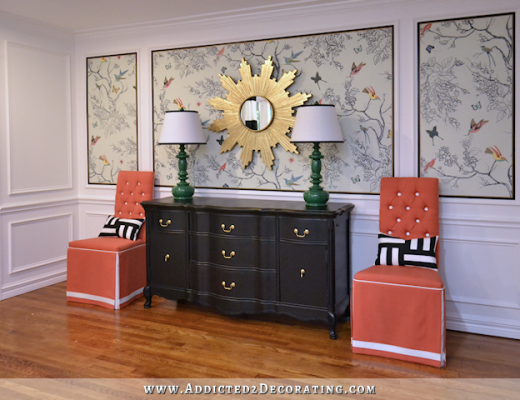