Well, it appears that my plans to completely finish my ottoman were a bit too ambitious.  I just barely finished the upholstered top.  Literally, I just finished the top at 8:30 this morning, snapped some pictures, and here I am showing you.  *Sigh*  I thought I’d have so much more done.  Oh well.

When I left y’all on Friday, my ottoman top looked like this because I couldn’t get my electric staple gun to shoot staples through the plywood, which meant that I couldn’t finish the edges. 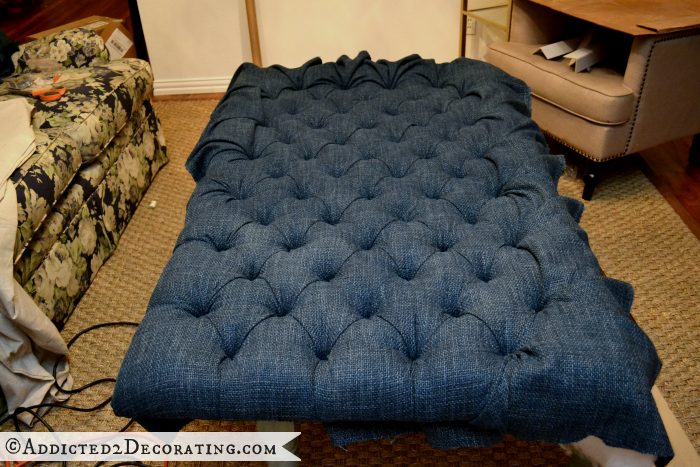 So on Saturday, I headed to Home Depot and picked up a few new toys (which those of you on my Facebook page may have already seen). 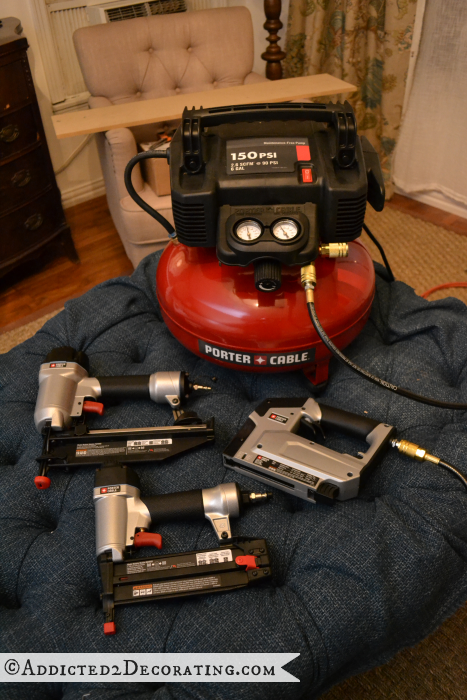 I’m so excited to have this!!!  I’ve been using a very cheap Campbell Hausfeld air compressor and nail gun for a very long time now.  And as far as staple guns go, all I had was an electric stapler. This pneumatic staple gun is so much better, and far easier to use!!  It uses the exact same staples that my electric staple gun uses, but it shoots them into plywood with ease.

After finishing up the edges of the ottoman top, I ran into another problem.  I needed 58 buttons to complete the top.  When I was purchasing supplies before I started this project, I didn’t yet know how many buttons I’d need, so I picked up two packages of 18 buttons.  I assumed that 36 buttons would be plenty for an ottoman.  I was wrong.  🙂

So yesterday I headed back to JoAnn Fabrics to get two more packages, but they were completely out.  (FYI, if you’re doing a project like this, it’s best to plan ahead and order your buttons so you’ll have enough.  Local places like JoAnn Fabrics will seldom…okay never…have enough buttons in stock.)

But I also had another problem.  The upholstery fabric I used for my ottoman was way too thick to use on the standard cover buttons.  So I would have had to purchase different fabric for the buttons.  I generally don’t have a problem with that as long as I can find the exact same color in a thinner fabric.  But I couldn’t find a fabric that was even close in color.

So I looked for different options.  Since I made the ottoman using a modified tufting method (i.e., with screws and washers), I didn’t necessarily need actual buttons.  Just anything button-shaped that I could wrap fabric around would work.  And what did I find? 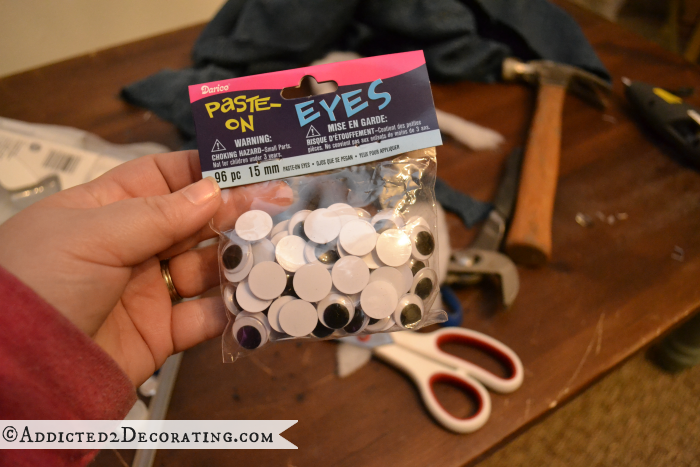 Yep.  I used googly eyes.  One package of 96 eyes cost $4.99, and I used a 50% off coupon.  That’s quite a bargain for 58 “buttons” considering that the actual cover buttons I was originally going to use were $9.99 for a package of 18 buttons, and I was going to need four packages.

I had already opened one of the packages of cover buttons (which I’m sure I’ll use on a future project), so I went ahead and used the bottom part of the 2-part tool that comes with it for covering the buttons.  I placed the fabric in it, and then a googly eye on top and pressed it down into the tool. 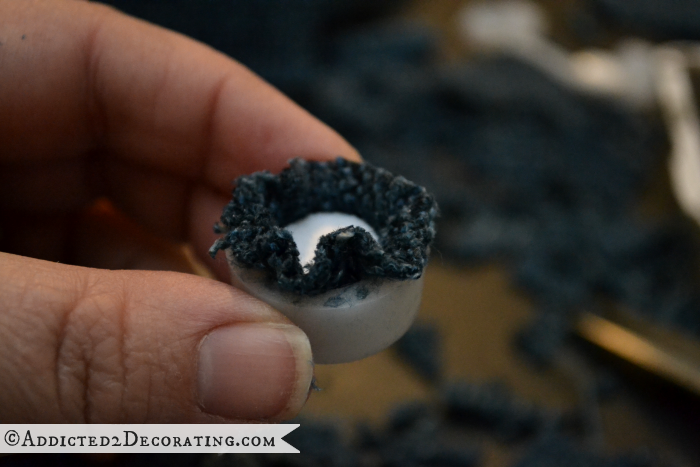 Then I used my hot glue gun on the low melt setting (this is important because, as you can see, I got glue all over my fingers) to glue the fabric to the back of the “button.”  It looked like a complete mess on the back. 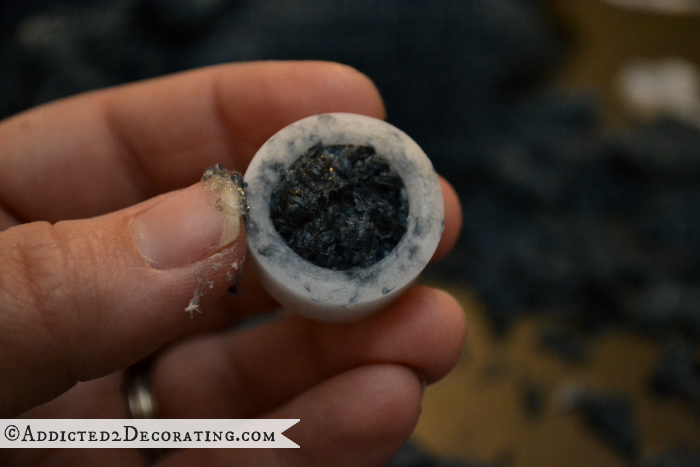 But once it was dry and I popped it out of the tool, the front looked like a perfectly covered, pretty little button. 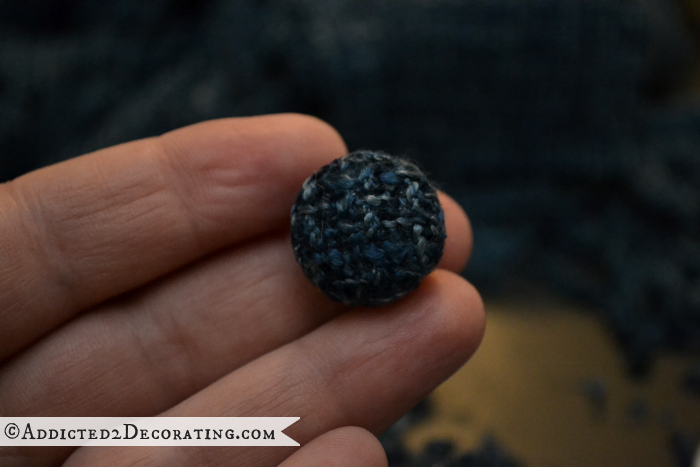 Then I used my hot glue gun on the high heat setting to glue the buttons onto the screws. 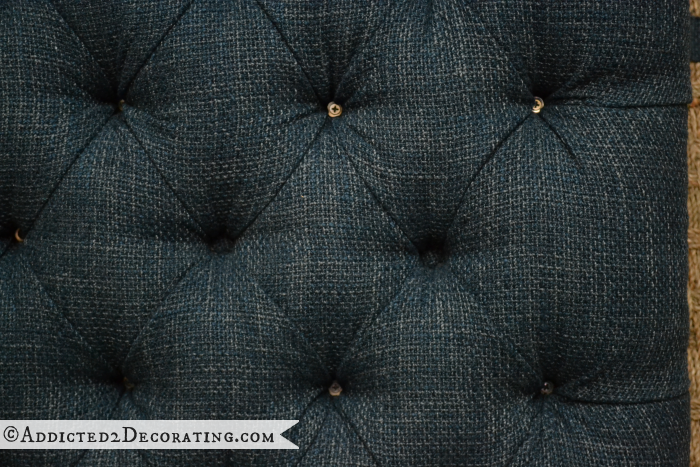 And with the buttons done, my upholstered top was finished…finally!!

So with this modified method of diamond tufting, here’s what the back of the ottoman top looked like. 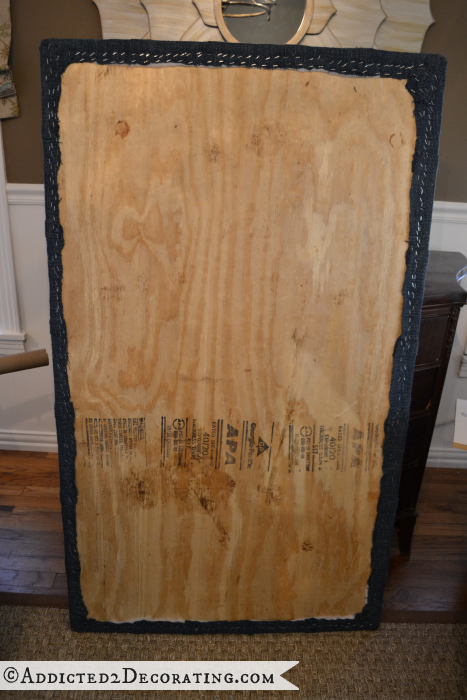 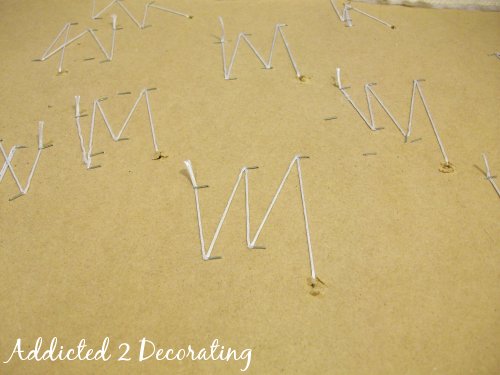 So there’s quite a difference.  Remember that with this modified method, all of the tufting work is done from the front.  There’s nothing to pull through and staple to the back.  So other than the handful of screws that managed to peek through the back side of the plywood… 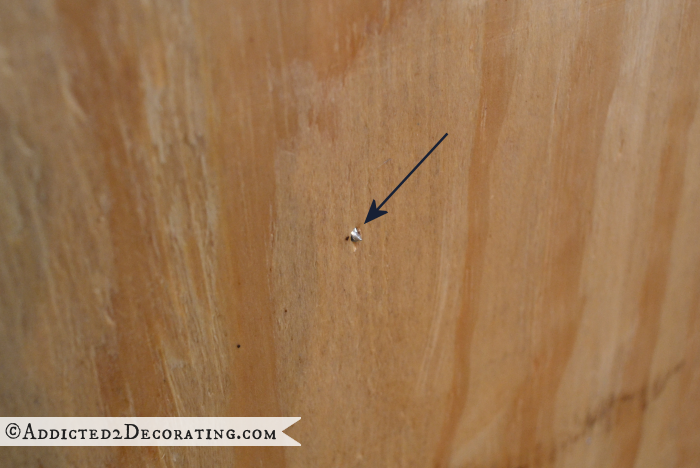 …the back should be just one solid piece of plywood.

Around the edges, I trimmed off all of the excess fabric and batting, added one more row of staples to secure the edge of the fabric, and then used a hammer to be sure that all of the staples were in the plywood all the way. 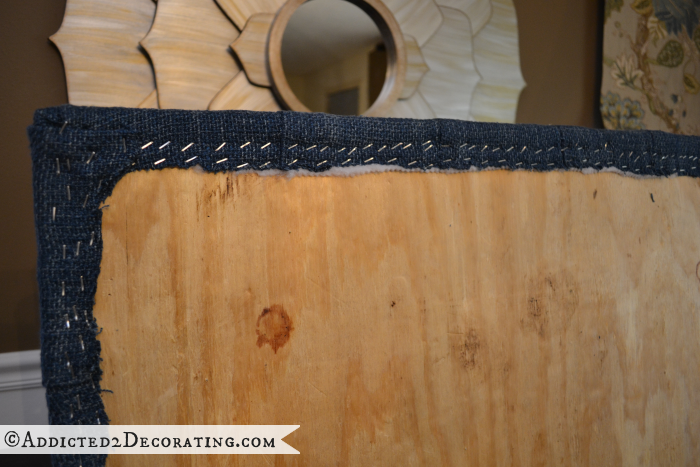 And it’s finished!  Well, at least the top is.  🙂  I still have to build the base.  For now, the top is just sitting on the coffee table that’s temporarily in the living room.  So not only is the base not pretty at this point, but the ottoman top is also sitting about four inches too high.  But I’m pretty excited about how it turned out!  Diamond tufting is definitely one of those things that takes practice, and I feel like my tufting gets a little better with each piece I make. 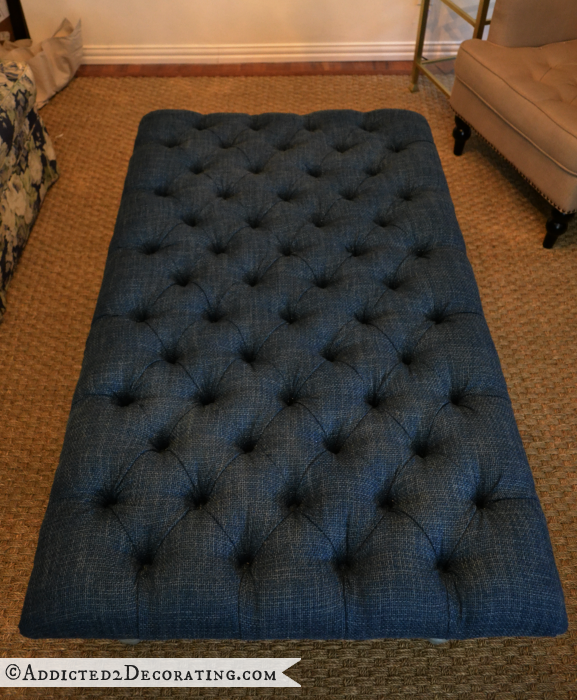 So again, ignore the base.  🙂  But here’s how everything is looking together so far. 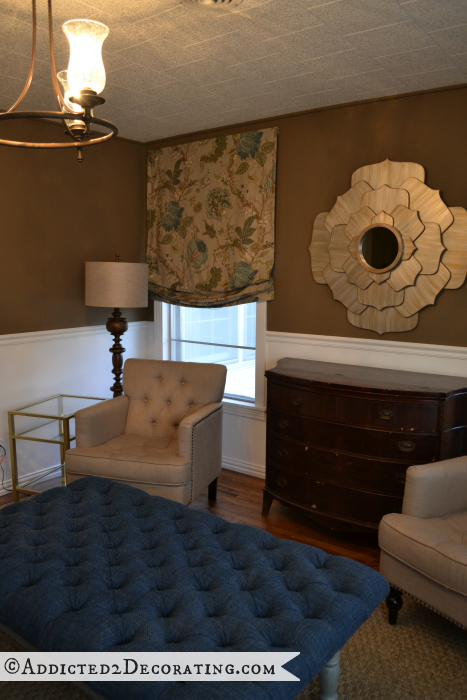 Do you notice my new floor lamps?  I got those from Target.  I knew exactly what I wanted for this room, and looked all over at Pottery Barn, Restoration Hardware, Ballard’s, etc.  I was fully expecting to have to pay about $200 for each floor lamp, but then I found exactly what I wanted at Target, and they were under $80 each!!  I love it when that happens!

I’m not sure if I’ll keep the shades like they are, or recover them in a different color. I’m really wanting to bring some greens into this room somehow, so those lamp shades might be the perfect way to do that. But we’ll see. 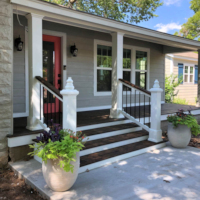 Time To Reassess and Regroup 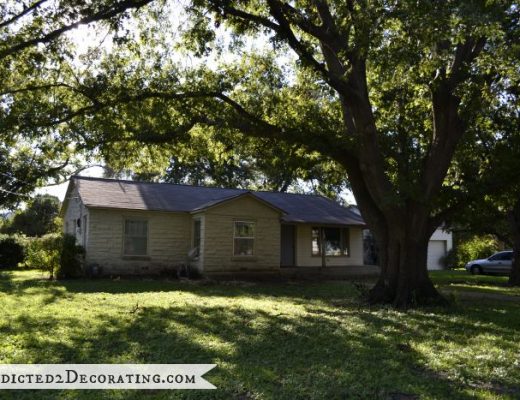 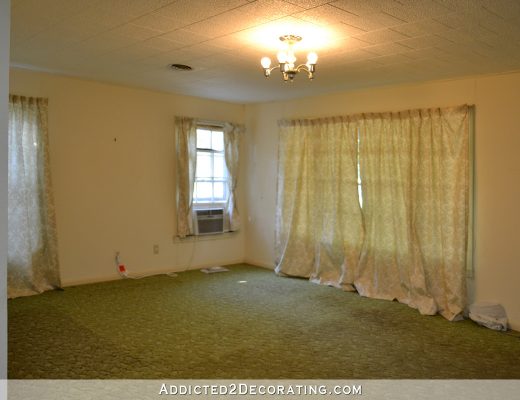 I Think I May Have Been Crazy